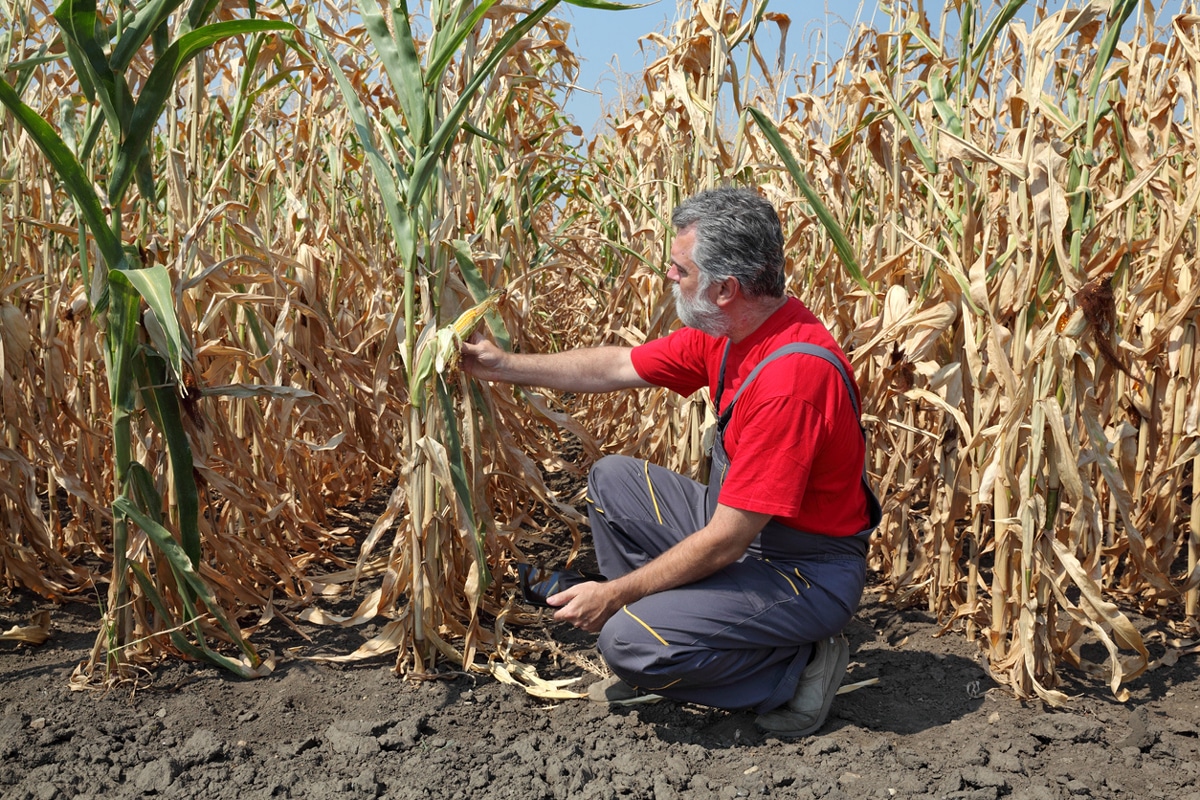 USDA has designated 372 counties across the Midwest and West as natural disaster areas due to persistent drought, Successful Farming reports. Affected farmers and ranchers are eligible for government emergency loans that they can use for needs such as equipment replacement and livestock or financial reorganization. More than 46% of the country, mostly in the West, is in drought. “There have been only four times in the history of the Drought Monitor that we have seen more than 40% U.S. drought coverage as we come into early May,” USDA meteorologist Brad Rippey told Iowa radio station KMA.

The Oregon Farm Bureau says a ballot initiative that would classify artificial insemination and other practices involving animals as “sexual assault” would be a blow to the state’s livestock industry. The initiative, still in the early stages, has gotten the 1,000 signatures needed to start the process of getting on next year’s ballot. Among other things, IP-13 deletes the “good animal husbandry” exemption from animal abuse laws, according to the Farm Bureau. Abuse statutes currently have exemptions for things like de-horning, branding, castration and slaughtering activities. “This petition would remove those exemptions, as well as a host of other exemptions from Oregon law, having the effect of criminalizing those activities,” according to a Farm Bureau policy expert who says the measure “would destroy Oregon’s livestock industry.” The organization is seeking support from both the large and companion animal sectors in opposing the initiative, which is similar to one in Colorado.

Tail stretching could reduce back pain in horses by more than 80%, study shows

Gently pulling a horse’s tail appears to help relieve the animal’s back pain, new research shows. According to the study, published in the Journal of Equine Veterinary Science, a light, steady, straight pull at a slightly downward angle appears to make horses feel less pain in several critical sites along the sides of the spine. In the thoracic region of the spine, animals in the study showed 83% improvement. The researchers don’t fully understand yet how this technique works. But, they cautioned, it should only be practiced by professionals, not owners. More information on the research is available from The Horse.

Tyson Foods is discontinuing the use of a certain type of rooster from its U.S. chicken business after discovering that eggs fertilized by the male bird hatch less often, resulting in fewer chickens. The company will install a replacement across its breeding program by this fall to boost production, said Donnie King, president of Tyson’s poultry business. The unexpected decline in hatching affected Tyson in January, after it introduced the type of rooster it’s now getting rid of, King said. The problem is half the reason the company’s chicken supplies are tight, he said. Strong demand is the other half. Reuters reports.

Pork industry members want Massachusetts to delay by two years implementation of a law that strengthens confinement standards for pigs, Feedstuffs reports. Currently the rule—called Question 3, a ballot initiative from 2016—will set stricter confinement regulations for pigs beginning January 1, 2022. Industry members, represented by the National Pork Producers Council, want that date pushed back to 2024. They also want the state’s Department of Agricultural Resources to oversee implementation of the rule, a process currently under the leadership of the attorney general.

Draxxin, from Zoetis, is an injectable solution for the treatment of bovine respiratory disease. More information on the product and Zoetis’ services is available in the SoundByte from Veterinary Advantage.