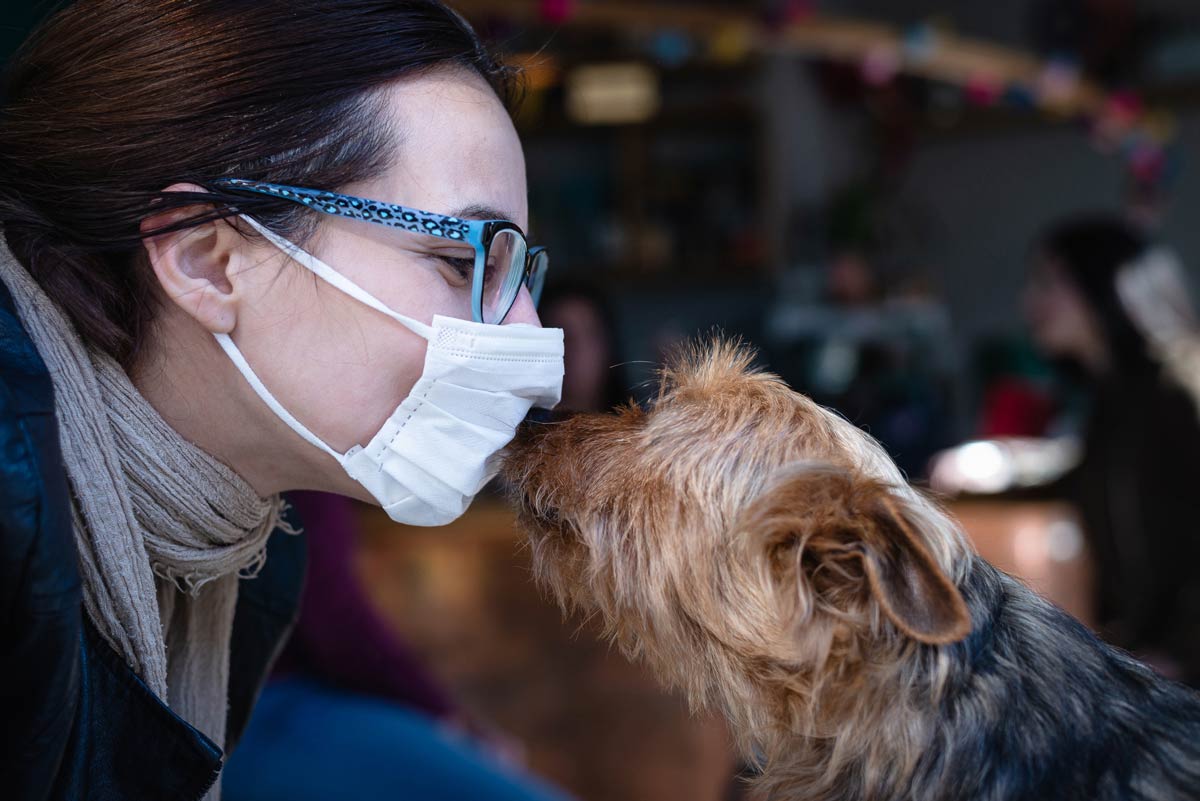 COVID-19 and the Human-Animal Connection

The coronavirus has reopened the door for discussions about One Health.

It’s not easy to find something good to say about COVID-19. However, at least the pandemic has drawn the attention of the public and government to two important issues: 1) the role of animal-human contact in disease transmission, and 2) the importance of infection prevention practices in impeding it.

Despite isolated incidences of some cats and tigers (in zoos) testing positive for SARS-CoV-2, the focus throughout the outbreak has been on wild animals and the threats they can pose to humans.

John Howe, DVM, president of the American Veterinary Medical Association, said that the COVID-19 pandemic is probably the most recognizable example of an emerging disease that likely resulted from a spillover event, which occurred in China. Evidence suggests a common lineage with a SARS-like coronavirus found in horseshoe bats, but it is not known what species of animal, if any, served as an intermediate host for the virus as it passed from its wildlife host to humans, he added.

More emerging diseases are likely to pop up, according to experts.

“The increased interaction of humans and domestic animals with wild animal populations has been a concern of veterinarians for over a hundred years,” said Dana Varble, DVM, chief veterinary officer, NAVC. “The emergence and importance of leptospirosis is a great example. Increased interactions with wildlife mean that disease transmission is more likely. It is simply a numbers game – the odds haven’t changed, but the interactions have.”

Wildlife and ecosystem health are often negatively affected as more demands are placed on natural resources to support the needs of an ever-increasing human population, added Howe. “Wildlife habitat may be lost as a result of extreme climatic events (wildfires, drought, flood) and changes in land-use patterns, such as deforestation,” he said.

“Encroachment of urban areas into rural and wild areas results in increased opportunities for interactions between humans (and their domestic animals) and wildlife, sometimes in a crowded and unhygienic environment, such as live wildlife markets,” he said. “This, in turn, provides more opportunities for viruses and other pathogens to ‘spillover’ to humans or their domestic animals.”

Companion animals are more likely to be the “victims” of spillover events, though they do have the potential to pass on viruses to humans, said Jane Sykes, BVSc (Hons), Ph.D., DACVIM, MBA, chief veterinary medical officer for UC Davis Veterinary Medical Teaching Hospital. Rabies is especially worrisome. Other viruses with potential for spillover are influenza viruses and coronaviruses. (When speaking about zoonotic transmission of bacterial diseases, common concerns for domestic animals are leptospirosis, bartonellosis, salmonellosis, brucellosis, and plague, she added.)

Even so, COVID-19 has reinforced among veterinarians some important lessons about infection control and the use of personal protective equipment. “The relative risk of acquiring infection from a sick pet versus a healthy human (client or colleague in the workplace) has had to be addressed and appropriate protocols developed,” said Sykes. “Improved disinfection and hand hygiene in veterinary practices has also been a positive outcome of the pandemic.”

One Health and companion animal veterinarians

“Companion animal veterinarians deal with zoonotic diseases – disease spread between animals and their interaction with humans and environments – every day,” said NAVC’s Varble. They may seldom think in terms of One Health, “but everything from flea and tick prevention, to rabies vaccinations and ringworm treatment, has a One Health impact.”

One Health has even broader implications.

“Learning about One Health can help solidify a veterinarian’s understanding of our role in supporting the human-animal bond by supporting companion animal health, and can help make our work yet more meaningful and rewarding,” she said.

By obtaining a complete in-depth client interview, thereby gaining a better understanding of the home environment, veterinary professionals can improve patient outcomes by assessing risk factors for some diseases, said Halperin. “By incorporating our understanding of the home environment and client abilities and limitations into our treatment plan, we can set the client up for success in following through with medical recommendations.

“We can also identify high-risk individuals, such as immunocompromised, young, or elderly clients, and help them support their pets and thereby their own physical and mental health.”

Said Howe, “Veterinarians are keenly aware that an animal’s environment can impact its health and welfare in both negative and positive ways. This is one reason why companion animal veterinarians ask clients about their pets’ lifestyles. ‘How many cats do you have? Are they indoors only? How many litterboxes are available? Does your dog spend a lot of time outdoors and if so, in what type of environment? Do you have any new pets or new housemates?’

“Answers to these and other questions help companion animal veterinarians discern what in the environment might be stressing a client’s cat and causing its urinary tract disorder, or where in the environment a client’s dog might have picked up a microbe that is now making it sick. In this latter case, the veterinarian will also be able to educate the dog’s owner about human health risks, too.

“As leaders in their community, companion animal veterinarians can also collaborate with others to develop programs using a One Health approach,” he said. Such programs could address public and environmental health needs; for example, dog-bite prevention, disaster response and preparedness, and green building and business certification. 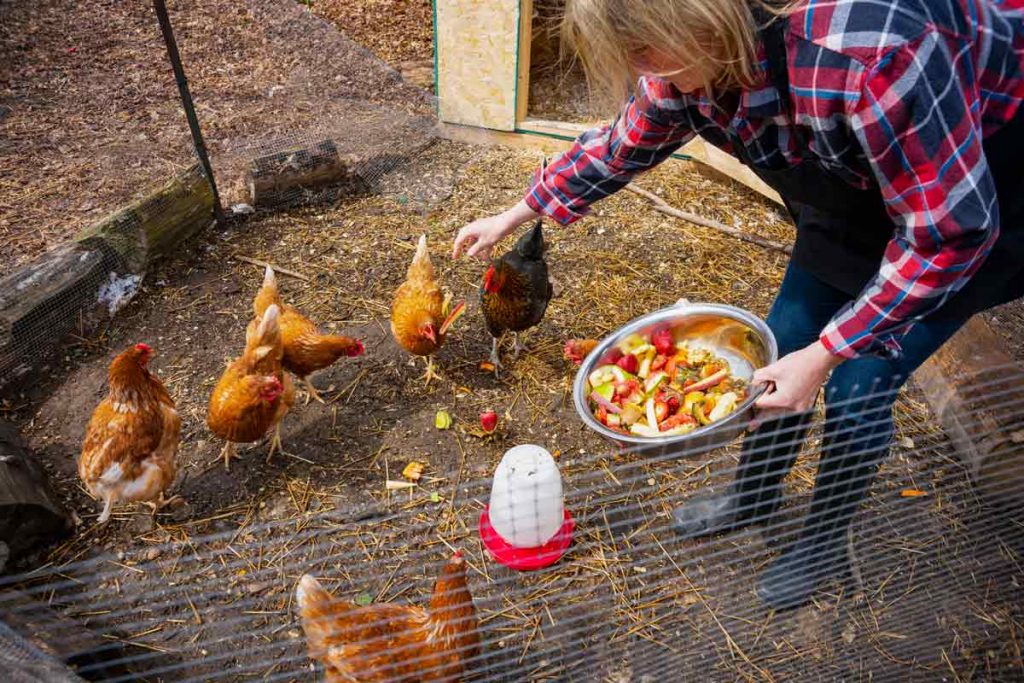 Avian influenza, which can spread from domesticated animals to humans, continues to receive much attention, said John Howe, DVM, president of the American Veterinary Medical Association. These viruses can spread from many different species, including wild waterfowl and farmed poultry. This same grouping of viruses can also infect swine.

Mosquitoes are the source of the West Nile virus (WNV), which affects domesticated animals (mainly birds and horses), and as well as humans, he added. Birds and horses cannot directly pass this disease to humans, but they can be a reservoir for it, which mosquitos can then feed on and pass on to animals and humans.

Parasites are likely the most common spillover disease from domesticated animals to humans, he said. Fungal organisms are also common (ringworm being the best-known example) and can be transmitted from pets to humans and vice versa.

Dana Varble, DVM, chief veterinary officer, NAVC, said that new species of ticks are being introduced in areas and widening their range. “Heartworm, a mosquito-borne disease, is seen today in areas where it didn’t exist years ago,” she said. Temperature, humidity, water, plant species, and wildlife changes introduce those diseases to new areas. Tick-borne diseases, such as Lyme disease, also pose an increasing threat to human and animal health, she added.

Although introduced months before the COVID-19 outbreak, the Advancing Emergency Preparedness Through One Health Act (S.1903/H.R. 3771) has a special application to it.

The bill was introduced in the House of Representatives in July 2019 by two veterinarians – U.S. Reps. Kurt Schrader (D-Ore.) and Ted Yoho (R-Fla.), and in the Senate last June by U.S. Sens. Tina Smith (D-Minn.) and Todd Young (R-Ind.), explained John Howe, DVM, president of the American Veterinary Medical Association. The AVMA is leading the charge to build support for it, he added.

The bill would establish a One Health Program that brings together the expertise of multiple federal agencies in order to better prepare for and respond to emerging infectious diseases, Howe explains.

“As such, companion animal veterinarians are on the front line of defense against zoonotic diseases and should be recognized in the One Health framework as a key player in surveillance efforts.”