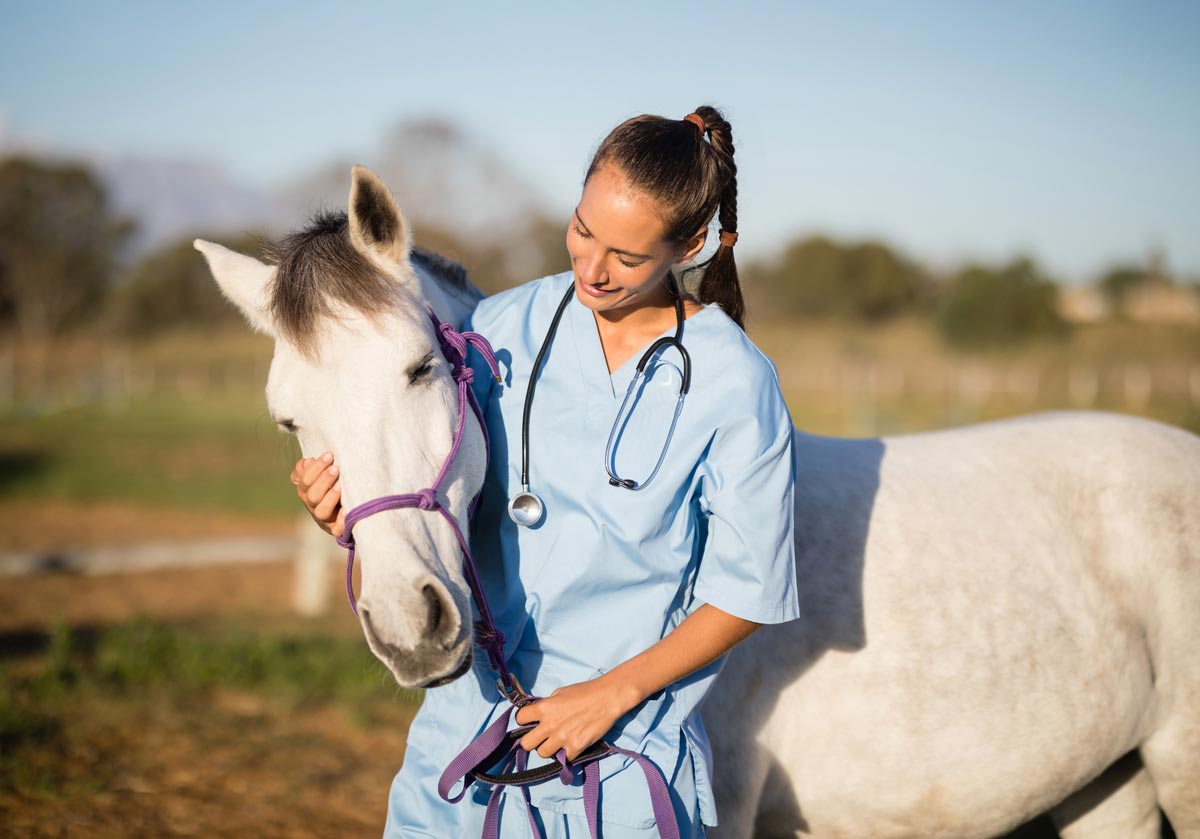 Prevention, treatment, and recommendations on battling EHV, the equine herpesvirus.

Equine herpesviruses refer to a family of viruses found in most horses around the world. The majority of horses have been infected with the virus but have no serious clinical disease. While there are nine identified subtypes of the virus, three of them are of most concern. It is currently unknown what causes some infected horses to develop serious neurological forms that may be fatal.

According to the AAEP, respiratory disease caused by EHV is most common in weaned foals and yearlings, often in the cooler seasons, like fall and winter. Adult horses are more likely than younger ones to shed the virus to other horses without showing symptoms.

“In big picture thinking, there are nine different manifestations or different subtypes of the virus,” Maupin says. “EHV-1 can cause respiratory disease, abortion, and the neurologic form of the disease.”

EHV-3 causes a disease called coital exanthema, which is kind of like a venereal disease. EHV-4 is mostly associated with the upper respiratory disease and will also cause sometimes abortion, and in rare cases, the neurological form.

“EHV-1 and EHV-4 are I think a little hard to separate as far as the symptomatology because they are similar,” Maupin said. “To a horseman, most of your EHV diseases are going to be called Rhino, and that comes from Rhinopneumonitis because it was first originally thought of as an upper respiratory type bug, kind of like the flu.”

The virus can manifest itself differently.

“If an animal gets overwhelmed with a virus, any of them, even influenza problems, any virus that overwhelms the body too much if the mare is pregnant, can have an abortion,” Maupin said. “If you overwhelm the body with so many viral particles, it can cause viremia, which is when a virus enters the bloodstream. This can lead to the neurologic disease. The one that kind of stands out is the coital exanthema because it really doesn’t come along with respiratory sickness or abortion.

What causes the herpesvirus scare today among horse owners is the neurologic form. Currently, there is no vaccine to protect against Equine Herpesvirus Myeloencephalopathy.

“The virus is transmitted by horse to horse contact; therefore, its contagiousness shuts down horse shows, transport, and event centers,” Maupin said. “The neurologic form is by far where most people’s fears are. As far as the upper respiratory disease and the coital exanthema and abortion, most of the vaccines are making a big difference there.”

All of the major drug companies carry and support an EHV vaccine.

“There is no specific treatment for the EHV, except support care,” Maupin said. “Antibiotics could be administered to protect against secondary infection and hyper immune plasma to increase their antibody levels, and fluids. Occasionally we will treat some of the symptomatic neuro horses with an antiviral drug, valacyclovir, as well as anti-inflammatories (NSAIDs, DMSO) and vitamin E.”

If an outbreak occurs, USDA-APHIS and the state veterinarians make the decision on starting EHV-1 quarantine after a confirmed EHV-1 case (typically and EHM case) and who also are responsible for the duration of the quarantine (in most cases 21-28 days after the last EHV-1 positive PCR result).

“The old adage that an ounce of prevention is better than a pound of cure, and with the co-mingling of horses anymore, people need to not get lax on their vaccinations,” Maupin said. Especially if you’re going to haul young horses and you’re going to go to shows, and you’re going to co-mingle with horses from other places, you need to protect yourself the best you can. I wish it would protect against the neurologic form, but it is reasonably protective against the respiratory form.”

Biosecurity measures and quarantining horses who have traveled or co-mingled with other horses is important to help stop and prevent the spread of EHV.

The virus can live at least a week and up to a month in the right environment on hard surfaces, equipment, clothing and other items that come in contact with a horse shedding the virus. It’s important to regularly clean and disinfect surfaces and equipment that come into contact with affected horses.

Dr. Bettina Wagner, DVM, is a professor and chair of the Department of Population Medicine and Diagnostic Sciences at Cornell University. She has been studying and researching Equine herpesvirus since 2008. She helped develop a diagnostic test, which can show a horse’s risk of contracting EHV-1.

“The assay development that we have done for equine herpesvirus is actually all to test host immunity,” Wagner said. “Basically, we’re testing the horse’s immune response to the virus by either infection or after vaccination. It doesn’t matter how the antigen comes.”

Wagner points out this is not a pathogen test.

“It’s really important, to first recognize, that we are not talking about viral detection or anything that has regulatory consequences,” she said.

“We found a specific antibody in the serum of the horse, EHV-1 specific antibodies, that really correlate very closely with protection,” Wagner said. “What that means is, if the horses have a defined antibody level or quantity in their serum at the time they are infected, we can say whether this antibody value is protective or not. A typical serological test shows that the horse has been exposed to EHV-1, without link to protection. With the new test, we can quantitatively say if the horses have this antibody value, then they are protected against infection. So they won’t get it. It’s a very unique test. It’s very rare for serological tests that they give protective values.”

The test is called the EHV-1 Risk Evaluation test and is available through the Animal Diagnostic Center at Cornell.

This technology can allow veterinarians to make better recommendations on vaccinations.

“If the value is very high, you don’t need to vaccinate this horse for the next couple of months. If the value is very low, vaccinate immediately. Depending on what that quantitative value is, the time to next vaccination can be adjusted,” Wagner explains. “The test gives a risk evaluation for potential infection of the horse if the virus comes along and the horse is exposed to the virus. It also gives a recommendation about how long to next vaccination to reach or maintain the protective antibody value.”

Wagner adds that if you have horses who react to frequent vaccinations, the information this test provides offers help in creating a balanced approach to vaccines for the best protection.

Additionally, research is being conducted to better understand the host viral interaction.

“Another outcome of the many host immune tests with nasal secretions that we have already done was that we also identified a couple of biomarkers and that includes a number of cytokines, but also specific antibodies,” Wagner said. “With those biomarkers, it looks like that we are able to determine if a horse is infected and is in the first, second, or third week of infection. In horses with an EHV-1 positive PCR result, the biomarkers add information about the infection process.”

Wagner says this tool could potentially become a valuable management tool in an EHV-1 outbreak. Researchers continue to collect samples of horses in New York and do field validation.

“We’re trying to determine the host immune response locally in the upper respiratory tract of the horses in an EHV-1 outbreak with the goal to identify those horses that are immune and get stuck there without ever getting a disease,” Wagner said.