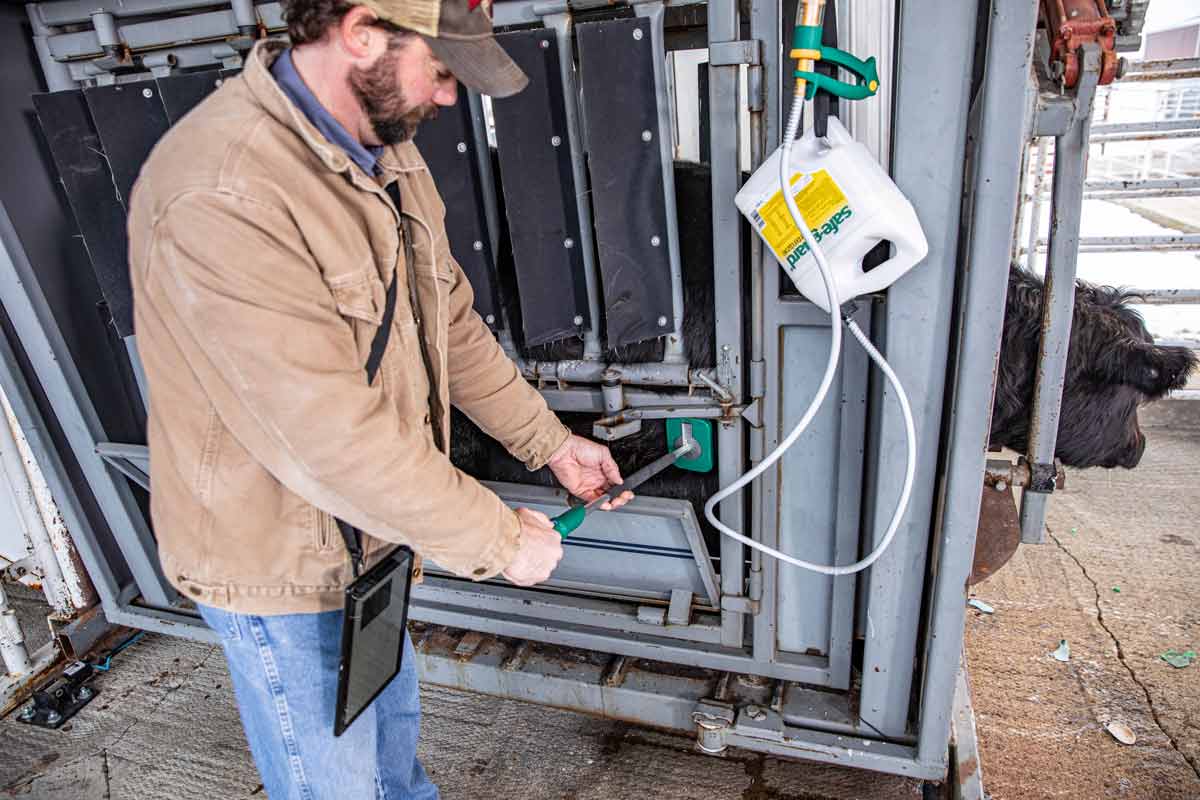 There is little need to know if cattle arriving at a stocker/backgrounder operation or feedlot have been exposed to a bovine respiratory disease (BRD) pathogen. They almost certainly have.

BRD can be caused by a number of pathogens including both bacteria and viruses, which often get a foothold during stressful processes that are likely to occur as cattle are weaned and/or shipped. For conventional producers, the most effective option has been to treat the entire group of cattle with an antimicrobial labeled for BRD control upon arrival to limit disease and death losses.

“Once that animal is weaned, the next phase of bovine production can be very stressful. I equate it to sending your children off to school for the first time,” said Jason Nickell, DVM, Ph.D., DACVPM, manager, Professional Services, Allflex Livestock Intelligence. “Animals are placed with other animals, exposed to different conditions through weather and diet – all of that ultimately culminates with an elevated risk for respiratory disease.”

Targeted treatments to only sick cattle or animals at risk of developing disease has long-held potential. It would allow producers to give antimicrobial treatments sparingly, and proactively move subclinical cases to separate pens for monitoring.

The multi-factorial nature of BRD itself has made chuteside testing difficult and less economical for all incoming animals.

“As we’ve learned more about the disease and the dynamics of the population, we have more opportunities to apply technology,” Nickell said. “Does every animal in a group need, or can benefit from, an antimicrobial? No. But, we’ve never been able to predict which ones don’t need it.”

Merck Animal Health and Allflex Livestock Intelligence recently released a tool to help producers identify which cattle are at greatest risk for BRD. Whisper® On Arrival analyzes an animal’s lung sound, heart sound, rectal temperature and weight in seconds and provides the user with a simple “Treat” or “Do Not Treat” outcome.

“Leaving an animal at lower risk untreated is an immediate value proposition in terms of cost savings,” Nickell said. “For the industry, we have the means to support judicious antimicrobial use. We’re also not creating an animal welfare issue by not administering therapy to sick or at-risk animals. It shows the consumer that we hear you and understand your concerns.”

Clinical trials using Whisper showed producers can reduce antimicrobial usage between 20% to 70%, depending on the population of animals, without a decrease in the health or performance of cattle compared to traditional metaphylaxis.

Whisper was designed to be used by the producer during processing. That makes chute design a critical part of proper use of the technology. An operation’s chute must allow for easy access to the right side of the animal’s chest to collect the heart and lung sounds.

“Chute design is really important,” Nickell said. “Ideally, we would create or modify the chute through the manufacturer or distributor, but a local welder could even create a window that allows good access to the chest – with flexibility to adjust to the size and height of that animal.”

The technology is being closely evaluated by producers participating in marketing programs like natural, organic
or non-hormone treated cattle (NHTC), Nickell said.

“On the conventional side, there are yearling cattle or other low-risk populations that are not receiving metaphylaxis that could potentially benefit from BRD control therapy. Although BRD is not as clinically prevalent, disease can manifest, and those animals are still just as good at concealing disease. If they get sick – clinically or subclinically – producers could be leaving dollars on the table in the form of treatment costs and lost performance.”