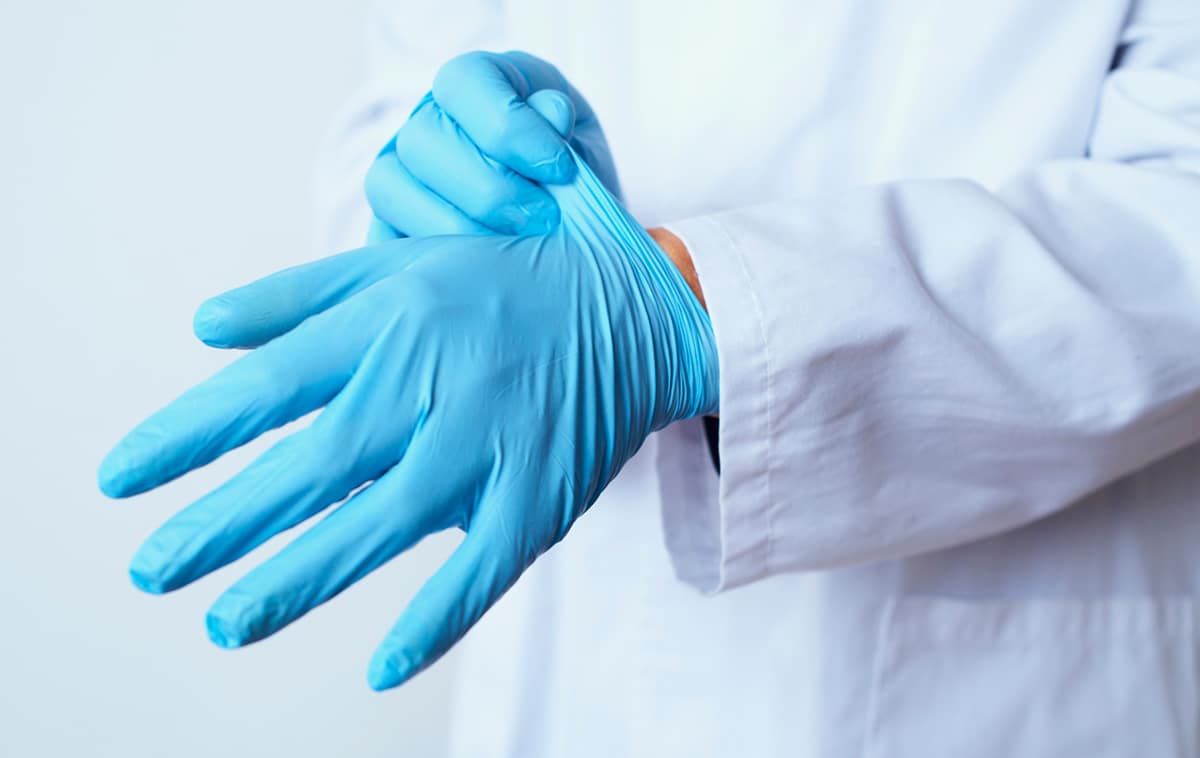 Three glove manufacturers have suspended operations in Selangor, Malaysia, due to a pandemic lockdown in several districts in the state. Top Glove Corp, a large glove manufacturer, said it’s temporarily halting operations of its medical glove factories in the town of Klang in compliance with the directive. It said it’s awaiting clarification from the National Security Council. Hartalega Holdings and Kossan Rubber Industries also said they’re shutting down operations. The lockdown is in effect until July 16. “Regrettably, this will have a significant impact on both the local and international health care value chain in terms of disruption to availability of supply, as Hartalega is a key manufacturer of nitrile gloves for hospitals globally,” Hartalega told The Edge. The Ministry of International Trade said last week that critical sectors that support production of health care products and the global supply chains were allowed to operate under the restrictions, but it didn’t specify if glovemakers were allowed to resume operations, Reuters reports.

Cubex LLC, a provider of medication storage products for the animal health market, announced the launch of Cubex Flex Bundle. “In conjunction with the Cubex MiniPlus, the Cubex Flex Bundle condenses over 64 square feet of shelf capacity into one automated bundled unit,” according to the announcement. It can be used for items such as parasiticides, non-controlled medication bundles and other high-priced items vulnerable to revenue loss through missed charges.

Some pet owners go to the veterinarian more than they go to their doctor, poll finds

People under the age of 35 tend to visit the veterinary office more than their own doctors, according to a new poll from NutriSense. The poll of about 1,000 pet owners also found that owners believe regular checkups are the most important thing for a pet’s health, followed by healthy eating, exercise, taking vitamins and testing blood sugar. Cat owners on average are willing to spend a little more than $3,000 on veterinary bills to save their pet’s life, while dog owners would spend about $2,700, the survey found. Other pet species’ owners said they were willing to spend $1,500 on their pets’ bills. Thirty percent of respondents said they were willing to commit a crime to pay for lifesaving veterinary bills, The Hill reports.

Michigan State University’s Veterinary Medical Center is suspending its medical oncology service due to “unplanned faculty vacancies,” the university said. The medical oncology department provides chemotherapy to pets with cancer and is no longer taking new patients “to ensure continuity of care for current medical oncology patients,” according to the university. Cancer is the top cause of death in dogs and the second leading cause in cats, said Gail Wolfe, a clinic owner, who said the suspension is “a major loss.” She said people will now have to go to Ann Arbor or Detroit. Michigan State’s other oncology service, radiation, isn’t affected by the change, WILX reports.

Hawaii’s Department of Public Health ordered supermarkets and pet stores to immediately stop the illegal sale of raw goat milk, Hawaii News Now reports. Officials said the product is being advertised as “pet food,” but people are buying it to drink themselves. “The sale of any form of raw fluid milk is a risk to public health because it is easily diverted for human consumption,” said Peter Oshiro, chief of the Department of Health’s Food Safety Branch. As of July 1, health inspectors said nearly 20 pet stores on Oahu, the island that’s home to Honolulu, were selling unpasteurized goat milk.

A U.K. veterinarian has found a rare parasite in the eye of a Labrador retriever brought to the United Kingdom as a rescue animal from Serbia. Dr. Chris Dixon previously coauthored a paper in which he warned about the dangers of the parasite, called Thelazia callipaeda, and he’s now warning about it again after detecting it in the Labrador. The dog was brought to the doctor after developing cataracts in both eyes. Dixon warned that the worm “can infect multiple species of animals and is also transmissible to humans.” The main vector for the parasite in Europe is fruit flies, he said. “If introduced from abroad, there is potential for T. callipaeda to become an established endemic disease across the country,” he said. Vet Times reports.

Dr. Sarah Warren, co-founder of the U.K.-based pet telemedicine company Vet-AI, wrote a letter to company employees and customers to express her hopes for the future of veterinary telemedicine. Warren, whose company launched the telehealth app Joii Pet Care, is being treated for terminal breast cancer and wrote the letter to describe the legacy she hopes to leave. “I am aware that there is a degree of scepticism and suspicion amongst the profession about telemedicine and the future use of artificial intelligence to enhance our ability to diagnose and treat pet health problems,” she wrote. “But I strongly believe that pet owners should have access to the same online advice and treatment options that we do as humans, and that they should be allowed choice.”

Federal and state wildlife officials in the Mid-Atlantic region are asking people to stop feeding birds and providing water in bird baths after dozens of reports of mysterious songbird deaths, NPR reports. The first reports appeared in the Washington, D.C., area in late May. Wildlife agencies throughout the Mid-Atlantic and parts of the Southeast and Midwest are receiving similar reports. Officials also say people should clean bird feeders and bird baths with a 10% bleach solution. Affected birds are arriving without energy and with closed eyes, as well as neurological symptoms like dizziness, according to a Virginia veterinarian. This outbreak isn’t related to salmonella poisoning of finches reported earlier this year, a University of Pennsylvania official said.