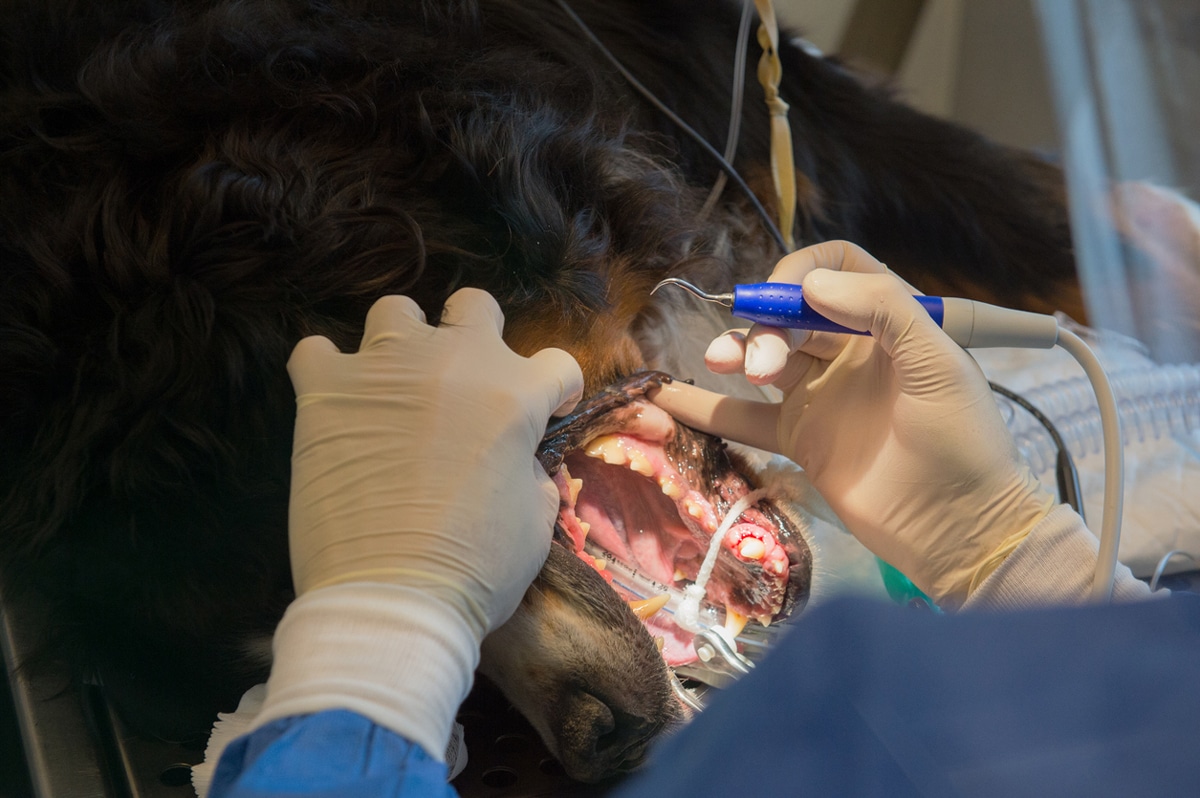 Dentistry training may soon be required in U.S. veterinary schools

Dentistry courses could go from being electives to required courses if a proposal is approved by the AVMA Council on Education, the VIN News Service reports. A public comment period for adding dentistry to the curriculum accreditation standard closed July 1. The COE Academic Affairs Committee will analyze and review the comments and make a recommendation for consideration by the full council during its next meeting at the end of August. “This is something that’s needed to happen for years and years,” said Jan Bellows, a veterinary dentist. “There’s nothing like putting the drill in a veterinary student’s hand and instructing how to properly extract a tooth. There’s no substitute for that kind of experience.”

Staff at a Wisconsin animal clinic were recently asked by the state health department to quarantine after an employee tested positive for COVID-19, leading to a debate over which workers should get exceptions for being essential. Kristie Ponce, owner of Animal Medical and Surgical Clinic, said her employees are health care workers and should be allowed to return to work with proper personal protective equipment. But the health department said veterinary offices are not considered health care. Ponce hung signs on the business urging people to demand change to the health guidelines. “I know how hard it is to get veterinary care right now,” Ponce said. “Everybody is overrun.” WAOW reports.

Only 13% of dogs and 32% of cats eat solely conventional pet foods, according to a new study from the University of Guelph. The research said that while most pets—79% of dogs and 90% of cats—were offered food like kibble or canned food, most were also fed homemade meals or raw or vegan diets at least some of the time. Veterinarian Sarah Dodd, the lead author of the study, said these sorts of mixed diets are concerning. “One of our biggest concerns regarding raw is safety,” Dodd said. “So we have concerns, particularly for potential microbial contamination (harmful bacteria) and how that can affect not only the pets in the household but also the people. And additionally, both with raw and with homemade, it’s the risk of nutrient imbalances.” The Toronto Sun reports.

Dogs appear to be able to use Earth’s magnetic field to calculate shortcuts in unfamiliar terrain, according to a new study. This finding is a first in dogs, Catherine Lohmann, a biologist at the University of North Carolina Chapel Hill, told Science. There had been some evidence prior to now that dogs can perceive Earth’s magnetic field. Researchers in 2013 showed that dogs tend to orient themselves north-south while urinating or defecating. Because this behavior is involved in marking and recognizing territory, the researchers reasoned that the alignment helps dogs figure out the location relative to other spots. The new research builds on that finding, taking the investigation from stationary alignment to navigation.

Australia-based Zoos Victoria is convening a group of highly trained dogs to help endangered Tasmanian devils breed at Healesville Sanctuary. The first member of the canine team is a dog named Moss. The sanctuary breeds endangered Tasmanian devils each year to protect the animal from extinction after an estimated 80% decline in the wild due to a transmissible cancer known as Devil Facial Tumour Disease. But the Tasmanian devil is shy, nocturnal and prefers to be left alone. Researchers are trying to train dogs like Moss to detect an odor profile in the collected scat of female devils coming into their receptive (oestrus) periods, so they can introduce females and suitable males to breed at the optimal time. The project will also explore whether dogs can detect pregnancy and lactation in the devils. More information is available on The Conversation.

An emerging Ebola-like virus is threatening both wild and pet rabbits in the United States, Tufts Now reports. The virus causes a disease called rabbit hemorrhagic disease, and it’s been reported in the western and southwestern regions of the country. “We’ve tried to keep this virus out of the country, but there have been sporadic outbreaks in domestic rabbits,” said Jennifer Graham, a veterinarian at Tufts University’s small animal hospital. “For example, there was one situation where a woman working in a restaurant that served rabbit brought the virus home to her own rabbits.” Graham added that “once the virus gets into the wild-rabbit population, there’s no way to stop it from rapidly spreading and becoming endemic.”

The New York state senate has voted to stop the selling of dogs, cats and rabbits in pet stores, ending what some state lawmakers and animal advocates called a “puppy-mill-to-pet-store pipeline.” “With so many good animals in need of rescue, there is no need for pet stores to sell animals that predominantly come from abusive puppy and kitten mills,” said Senate Deputy Majority Leader Michael Gianaris. “Our four-legged companions should be treated with respect, not like commodities.” It was unclear when the Assembly may take up the bill, according to the Albany Times Union.