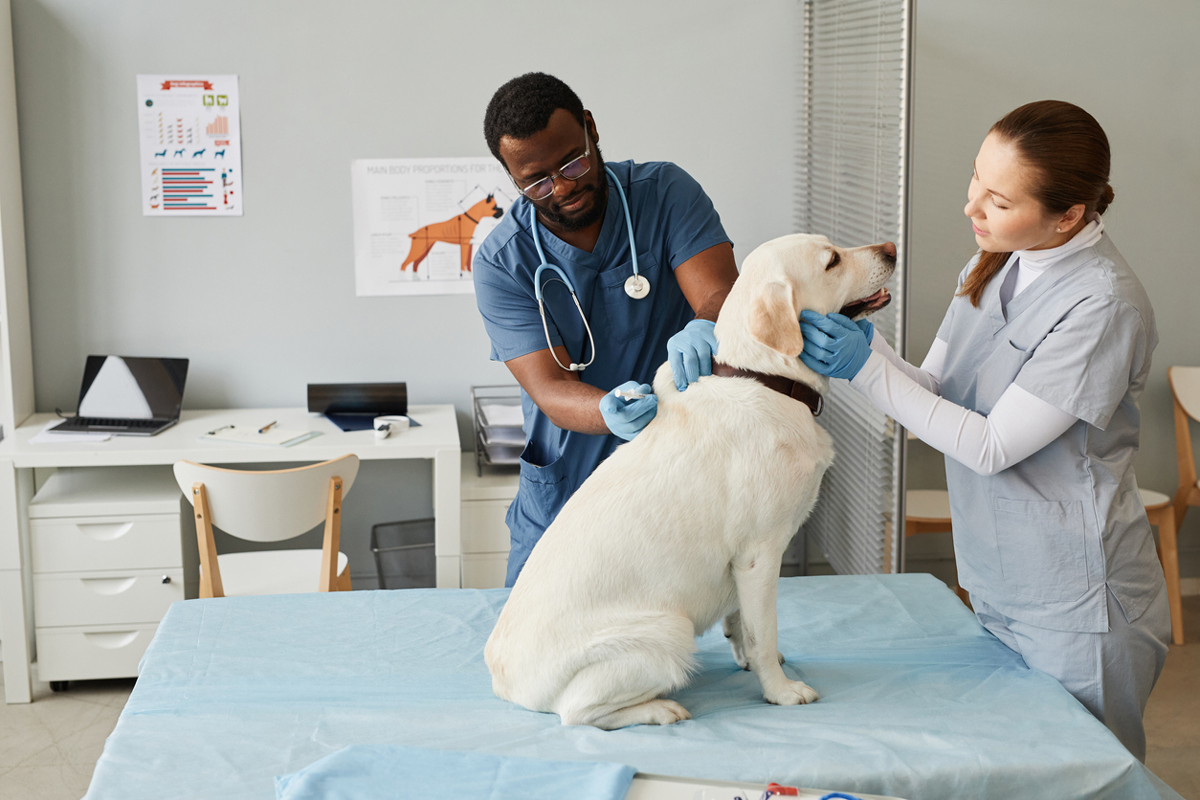 More than 99% of the 474 veterinarians in a recent survey said they’d encountered useless or nonbeneficial veterinary care in their careers. The authors of the study, led by Cornell University, defined futile care as continuing treatment even though relevant goals can no longer be achieved. While this kind of care may benefit owners, study authors write that it can exacerbate moral distress for veterinarians and care teams. They suggest establishing a definition for futile care in the profession, along with creation of guidance around how decisions for care are made. “I think as a profession we have focused for so long on alleviating suffering by continuing treatment and making animals healthier,” said Dr. Nathan Peterson, a Cornell associate professor and lead author on the study. “And we’re not as prepared to strongly advocate for euthanasia, to have those conversations, even when we think that’s the best way to alleviate suffering.”

California lawmakers once again consider a ban on declawing

The lower house of the California legislature has advanced a bill that would ban cat declawing in most situations. Now the bill moves from the state Assembly to the Senate. This is at least the fourth time lawmakers in California have tried to ban declawing since 2018, the Associated Press reports. New York in 2019 was the first state to ban the practice, followed by Maryland this year. Several cities also ban declawing, including eight in California. The state’s new bill bans declawing “for a cosmetic or aesthetic purpose or to make the cat more convenient to keep or handle.” It would be allowed in cases where it addresses a recurring infection, disease, injury or abnormal condition that affects the cat’s health. The California Veterinary Medical Association says the bill ignores situations where cat owners could be endangered by a severe scratch, like if the owner is taking blood thinners.

The AVMA has named Latonia Craig as its first chief diversity, equity and inclusion officer. Craig, who holds a doctorate in education, is currently assistant dean for inclusive excellence at Purdue University’s College of Veterinary Medicine. She will enter her new role at the AVMA at the beginning of September. She’ll be part of the AVMA’s senior leadership team, with key responsibilities including the ongoing implementation and promotion of DEI-related strategy; supporting efforts to attract and retain diverse talent in the veterinary profession; and “enhancing the understanding and appreciation for DEI and cultural awareness throughout veterinary medicine,” according to the AVMA.

The American Pet Products Association has named Peter Scott CEO effective August 15. Scott has served as CEO of the American Academy of Optometry since 2019, and before that he served as chief operating officer of Veterinary Advantage publisher NAVC.

An Atlantic Veterinary College program that provides free essential care to pets in remote places in northern Canada is relaunching after a three-year hiatus, the CBC reports. The Chinook Project sets up temporary clinics that offer veterinary procedures including spays and neuters, vaccinations and deworming in participating communities. The program has been running since 2006 but shut down in 2020 because of the pandemic. It’s returning this month in Port Hope Simpson, Labrador. These clinics provide valuable services, said Dr. Marti Hopson, a program coordinator, who added that participating communities have had issues like dog overpopulation and spread of infectious diseases since the clinics were canceled. “There are communities in Labrador where they have seen the numbers of roaming dogs…expanding. And there have been increased outbreaks of diseases as well as incidents of people getting hurt from bites,” she said. If it weren’t for the clinics, many community members, lacking veterinarians, would otherwise have to fly their animal to a major city like Montreal or Ottawa for care, Hopson said.

A Moscow native who’s lived in France for the past 13 years has been working to find Ukrainian dog owners on Facebook and help them get to safety with their pets. Macha Levitin, who’s part of a Facebook group for Irish setter lovers, started her effort after seeing a picture of a man with a dog trying to board a train in Ukraine in the early days of the invasion by Russian forces. There’s no complete data on the number of pets evacuated from Ukraine during the war, but veterinarians at one Polish-Ukrainian border crossing estimated that by early May, at least 30,000 cats and dogs had come out of Ukraine. That doesn’t include other pets or stray animals rescued by charities and refugees. Levitin so far has helped two dog owners, who have come with their pets to the small French village where she lives and secured work thanks to her. “At extreme moments of life that no one is ever prepared for, the role of a pet is absolutely huge,” one of the dog owners, Yuri Mazurenko, told NPR.

Veterinary practices can learn a lot from their clients, and they should make a point to find out whether they’re meeting client needs, industry leaders say. Apps and outreach materials like short surveys can help solicit valuable feedback from clients, said Debbie Boone, owner of 2 Manage Vets Consulting. “The client is not our enemy; the client is our source of income,” Boone said. “And we need to look at them as somebody that we need to not only just satisfy but actually delight when they come into our hospital. And until we start asking questions about what they really want, our offerings are all assumptions that we’re doing what they’re asking.” Boone and other veterinary industry members discussed with the AVMA how practices can productively seek feedback from clients.

Monkeypox outbreak unlikely to lead to a pandemic, WHO says

The World Health Organization does not believe a growing monkeypox outbreak outside Africa (where the disease is endemic) will lead to a pandemic, an official recently said. The official said it’s still unclear whether infected people who are not displaying symptoms can transmit the disease, Reuters reports. More than 300 suspected and confirmed cases of monkeypox—a usually mild illness that spreads through close contact and can cause flu-like symptoms and pus-filled skin lesions—were reported in May, mostly in Europe. NBC News recently spoke with a retired Wisconsin veterinarian who contracted monkeypox during a 2003 U.S. outbreak, when he came down with lesions and flu-like symptoms after a client’s infected prairie dog passed the disease to him. The infected prairie dogs spread the disease to multiple people, none of whom died. The veterinarian, Kurt Zaeske, said that the new outbreak, while not as serious as the COVID-19 pandemic, “is a wake-up call to the world to say we may be starting to see more of these. And we have to be a lot more vigilant about monitoring.”