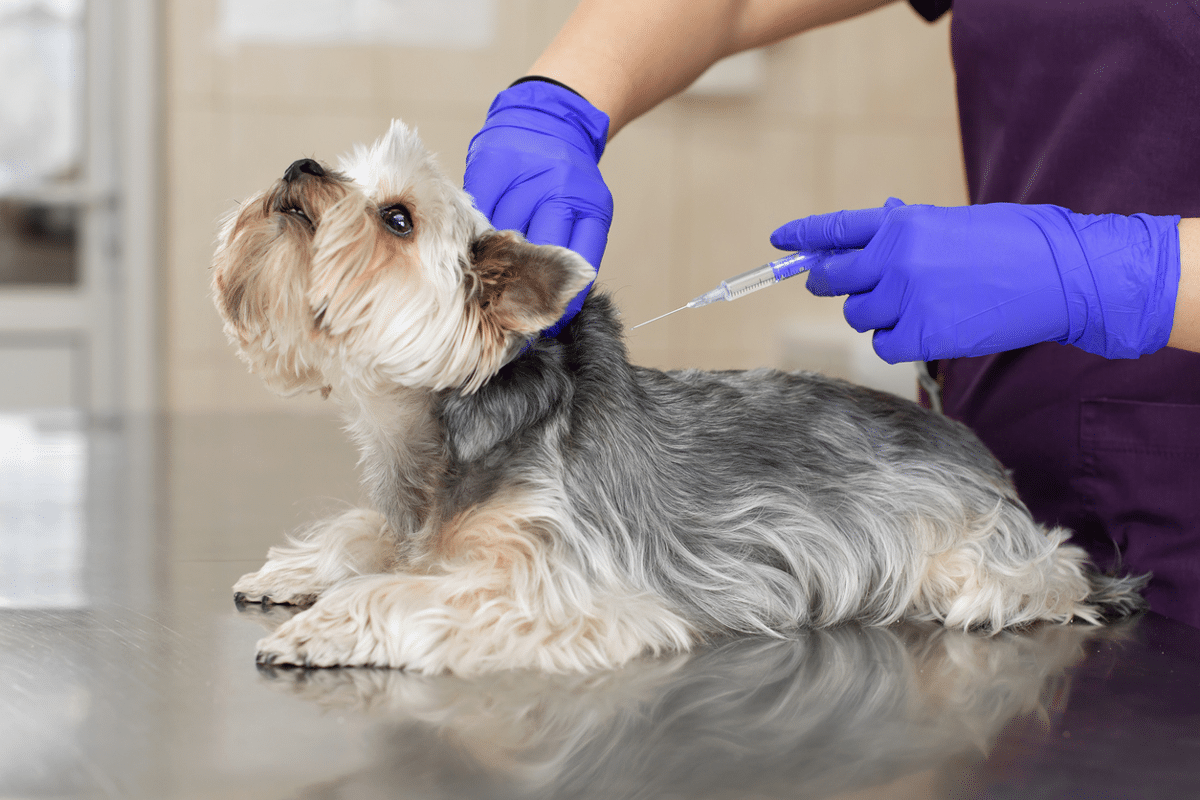 A new experimental vaccine has shown early success treating cancer in dogs, and it also appears to be able to prevent recurrence. The vaccine, developed by University of Sydney immunologist Christopher Weir, is a personalized treatment that stimulates the patient’s immune system to attack cancer, according to the university. Dogs diagnosed with lymphoma typically survive about a year. But one dog who’s received the new treatment has been in remission for more than two years. More than 300 dogs have been treated, and the initial trial has demonstrated the safety of the vaccine, Weir said. He added that it appears to work against several different types of cancer, particularly mast cell tumors and lymphoma.

Researchers at North Carolina State University have launched a project to figure out if different dog breeds have different pain sensitivity levels. “If there is this biological basis for a difference in pain sensitivity, that would be something important for us to know from the standpoint of treatment of dogs, but also for understanding pain in pets,” said Margaret Gruen, an assistant professor of behavioral medicine at NC State’s veterinary college. Gruen’s team for the past year has recruited dogs from 10 breeds, administering a pain sensitivity test in which a small portion of hair is clipped from the dog’s front and back legs, then monitoring the animal’s cognitive response.

Researchers at the University of New South Wales have mapped what they say is one of the most intact and complete dog genomes ever generated. According to the announcement, the genome sequence of the Basenji dog could have a major impact on the understanding of dog evolution, domestication and canine genetic diseases. The Basenji—also known as the barkless dog—is an ancient African dog breed that still lives and hunts with tribesmen in the African Congo. Since it’s distant from most modern dog breeds, this could be a relatively unbiased reference genome to study genetic variants in modern dogs, scientists said.

The International Veterinary Student Association and Vetstream announced a partnership to provide IVSA members and their universities access to peer-reviewed clinical content relating to the veterinary care of dogs, cats, rabbits, exotic pets, horses and cattle. The materials will be available to veterinary schools or to individual students “on preferential terms that depend on the World Small Animal Veterinary Association’s tiered structure of countries,” according to the announcement. Schools in countries that are the most economically disadvantaged will receive the materials—including Vetlexicon and Vetlexicon Learn resources—free of charge.

New university facilities will prepare veterinary students to be practice-ready

Petco’s principal stockholder, Scooby Aggregator, intends to offer for sale 22 million shares of its Class A common stock in an underwritten secondary offering, the company announced. Scooby Aggregator will also grant the underwriters a 30-day option to purchase up to an additional 3.3 million shares of Class A common stock. Scooby will receive all of the proceeds from the offering. Petco isn’t offering any shares of its Class A common stock and won’t receive any proceeds from the offering, including from any exercise by the underwriters of their option to purchase additional shares.

Covetrus has added new features to its practice management software, including streamlined prescribing on its AVImark and eVetPractice systems through an embedded integration with the Covetrus Prescription Management Platform. Access to digital scripts within these central operating systems will save time for veterinary teams that are receiving more prescription requests from online retailers as animal owners shop online more, according to the announcement. Digital scripts direct animal owners to the practice’s own online pharmacy, for wellness-focused workflows and faster fulfillment, according to Covetrus.