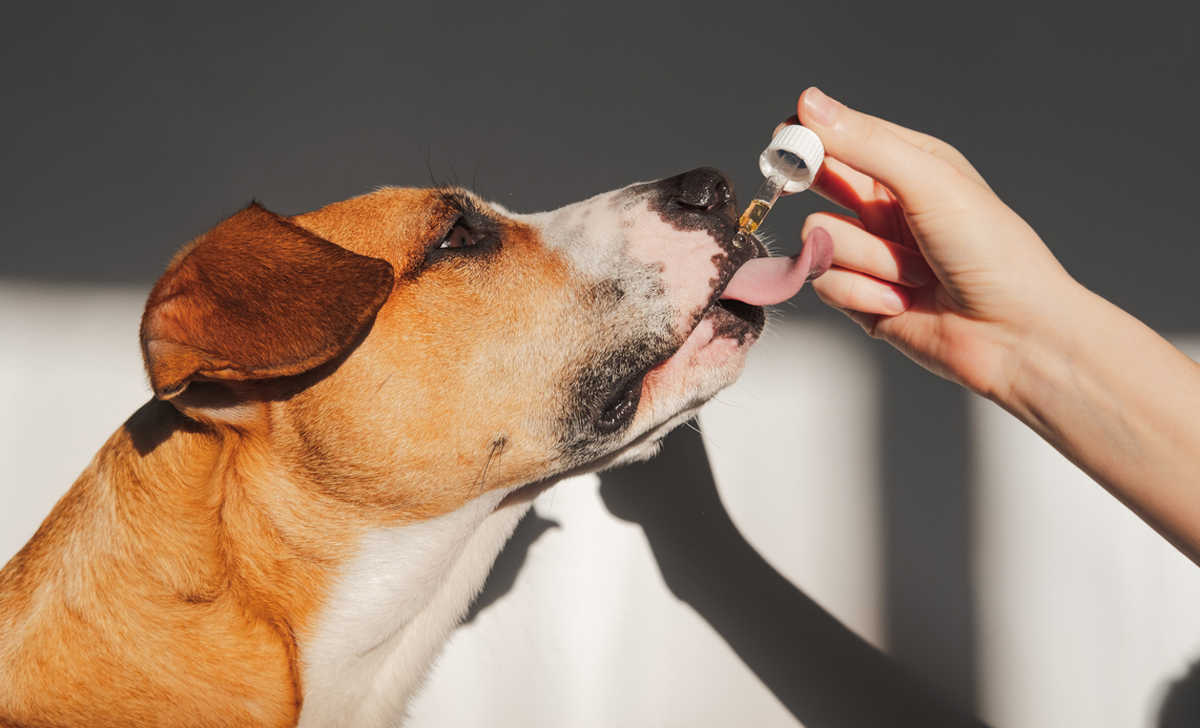 A California legislative committee has approved a bill to legalize cannabis for pets. The bill now heads to the appropriations committee of the State Assembly, California’s lower house, Forbes reports. Eventually, since it amends a voter initiative legalizing marijuana in California, it will require a two-thirds majority in both houses of the legislature to pass. Under the bill, licensed veterinarians would be allowed to recommend the use of cannabis on an animal patient for potential therapeutic effects or health supplementation purposes. The bill also requires the state Veterinary Medical Board “to adopt guidelines for veterinarians to follow in recommending the use of cannabis-derived products on an animal within the veterinarian-client-patient relationship,” according to a summary of the legislation. It would allow cannabis products intended for use on animals to be purchased in licensed cannabis dispensaries if they adhere to state regulations and relevant manufacturing, packaging and labeling standards.

With legalization of marijuana, pets have easier access to edibles: study

Legalization of marijuana appears to have led pets to gain easier access to edibles, and, with that, an increase in pet poisonings, according to a new study. The number of marijuana cases among pets jumped significantly in both Canada and the United States in 2018, after the drug was federally legalized in Canada, according to the study, published in PLOS One. The researchers surveyed more than 200 veterinarians in Canada and the United States in 2021, finding 283 reported cases of marijuana poisonings in pets. The vast majority were in dogs. The most common source of poisoning was edibles, followed closely by dried cannabis. Sixteen animals reportedly died after consuming cannabis, but veterinarians weren’t able to rule out other causes. Study author Jibran Khokhar, an assistant professor at the University of Guelph, said he suspects cannabis may have played some role in the deaths, but other ingredients in the edibles—like chocolate, which is toxic for dogs—likely had a larger impact. NBC News reports.

Maryland Gov. Larry Hogan signed legislation making the state the second in the country to ban cat declawing, WUSA 9 reports. New York was the first state, and several cities also ban the practice. Maryland’s law prohibits veterinarians from declawing cats unless the process is necessary for “therapeutic purposes.” Veterinarians who break the law face fines or potential suspension or revocation of their license. The law in Maryland was supported by animal welfare groups, although critics had said it would infringe on the judgment of veterinarians. The law takes effect October 1.

The AVMA has begun launching courses as part of its new Veterinary First Responder Certificate Program. The program “is designed to verify that veterinary professionals have been trained to respond efficiently and effectively to disasters by directing individuals to pre-evaluated courses that teach valuable disaster and emergency response material,” according to the AVMA. The association says this is the country’s first standardized training program for veterinary disaster and emergency planning and response. The program has eight core competencies, with sub-competencies, for veterinary professionals to satisfy so they can become certified. The AVMA is accepting submissions from organizations to have their training courses approved to be part of the program.

Norbrook has launched Midamox (imidacloprid and moxidectin) for dogs and cats, a generic bioequivalent of Elanco’s Advantage Multi. The monthly topical parasite preventive is less expensive than the pioneer product, according to the company, which says veterinarians can save 24% when they buy Midamox over Advantage Multi. “With several parasite control options for both dogs and cats, pets can get the effective and flexible treatment they need, clients get an affordable option and clinics get a boost to their bottom line,” said Dr. Scott Krick, the company’s technical service veterinarian. Information on Midamox’s specific indications for dogs and cats is available in the announcement from Norbrook.

Jaguar Animal Health’s Canalevia-CA1 (crofelemer delayed-release tablets) prescription medication for the treatment of chemotherapy-induced diarrhea in dogs is now available from multiple leading distributors in the United States, the company announced. The product received conditional FDA approval in December. Due to the increasing number of chemotherapeutic agents being adopted by veterinary oncologists and general practice veterinarians, chemotherapy is becoming the most widely used oncology treatment method in veterinary medicine, according to the company. “Canalevia-CA1 can help support the comfort and quality of life of dogs while being treated with chemotherapy, which may help keep them compliant with their life-saving treatment,” said Chip Whitlow, sales and marketing director of Jaguar’s animal health commercial portfolio.

Dechra Veterinary Products announced its Vetradent liquid water additive has received the seal of acceptance to “Help Control Tartar” from the Veterinary Oral Health Council. The seal has been granted for dogs after properly demonstrating safety and efficacy, according to the company. “Pet owner compliance with at-home dental care is important for a pet’s dental health, and having the VOHC Accepted Seal on the Vetradent water additive will help veterinarians feel more confident when recommending an easy-to-use water additive,” said Mike Eldred, president of Dechra’s North America operations.

Synchrony-owned Pets Best Insurance Services announced it has reached 500,000 pets insured. Spurred by an increase in pet adoptions during the pandemic and a digital shift toward curbside and virtual appointments, Pets Best says it has invested in “new, technology-driven features that improve and simplify the customer experience.” Customers can manage their account and submit claims through the Pets Best mobile app, and they can also manage payment preferences, add new pets and access support services. The company says its growth has been driven by partners that distribute its product, including insurance companies that offer it to customers and companies that offer it as an employee benefit.