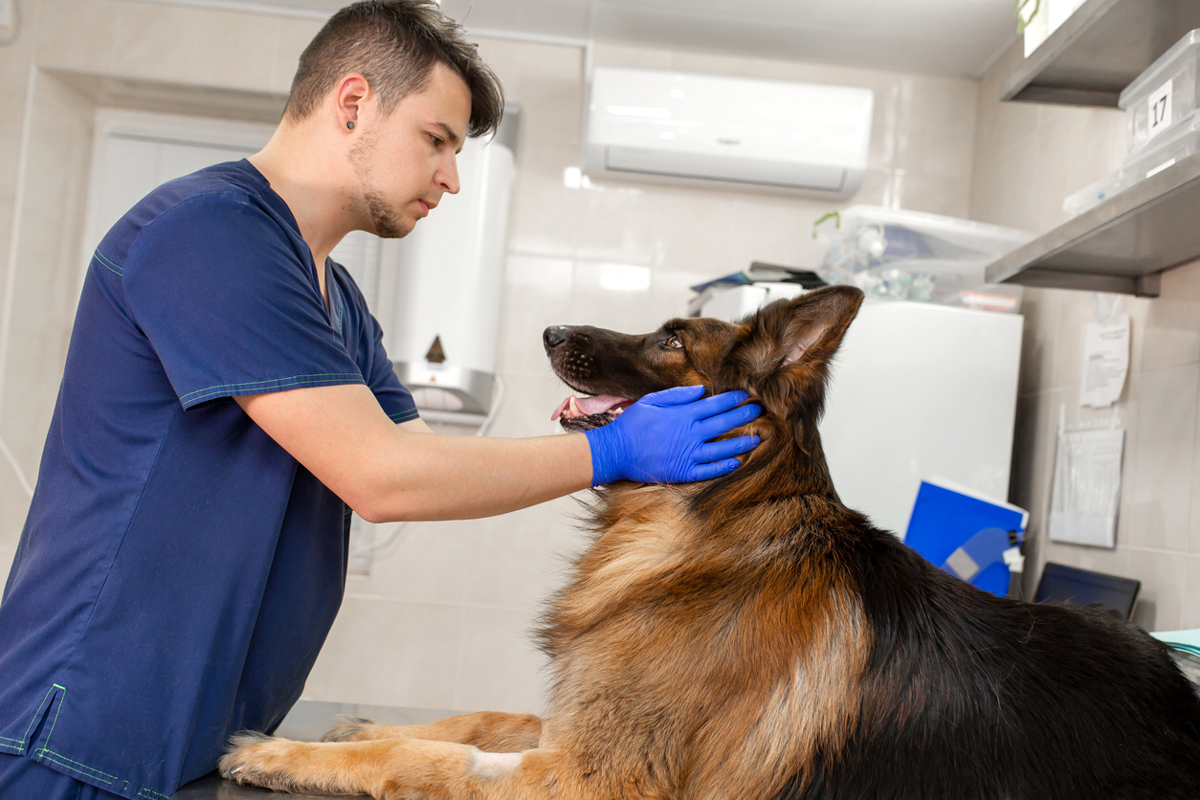 Despite rising prices and supply disruptions from the pandemic, the pet market has continued to grow, reflecting record inflation, increased focus among owners on pet health and wellness, accelerated online shopping and the outsize role of affluent households in the market. “Expect to see continued strong growth across all pet industry sectors in 2022, bringing total sales to approximately $138 billion,” David Lummis, lead pet market analyst at Packaged Facts, writes in Pet Product News. In the retail sector, pet food/treats and non-pet food supplies will each see a 14% sales jump this year, reaching $58 billion and $30 billion respectively, Lummis says. He predicts 8% growth for the veterinary sector, reaching $38 billion and exceeding pre-pandemic growth. And non-medical pet services will continue their recovery from the pandemic with 18% sales growth, reaching $12 billion.

Blood test for canine cancer shows promise, but experts warn it may not be useful for everyone yet

PetDx’s blood test cancer diagnostic for dogs (known as a liquid biopsy) showed moderate success in a newly published study: The company’s genomic analysis of blood samples from more than 1,000 dogs accurately detected cancer in dogs known to have the three most aggressive canine cancers 85% of the time. Overall, the test was accurate about 55% of the time, especially when identifying late-stage cancers or any stage of aggressive types. A blood-based cancer screen for dogs could offer a safer and less expensive diagnostic option than traditional methods of detection like surgery. “But in cases where an early diagnosis still doesn’t offer much hope for treatment, is knowing sooner worth the stress?” Max G. Levy writes in Wired. Dogs have fewer treatment options than people, and since blood tests need to be confirmed by imaging and biopsies, pet owners who can’t afford the follow-up tests may not have many choices other than to wait. Some scientists said they want more information on how blood screening can actually improve outcomes. For now, PetDx recommends the test only for dogs at high risk of cancer and as a diagnostic aid when a veterinarian suspects cancer.

Some companies are allowing employees to bring pets to the office as they return to in-person work, something many pet owners say they want. A recent Banfield survey showed 57% of the 1,500 pet owners polled said they would be happiest returning to a pet-friendly workplace, and half of the 500 top executives surveyed said they’re planning to allow pets at the office. That said, not everyone is on board, and workplaces need to strike a balance that respects all employees, company representatives told The Washington Post. At Lyft’s San Francisco office, dogs must be with their owners at all times, as well as potty-trained and up-to-date on vaccinations. The company has dedicated no-dog rooms for people who have allergies or don’t want to be around dogs. “If someone needs a concession, we will make it,” said Natalie Secco, director of sales at the security systems company Rhombus. She said it’s important to ensure everyone at the office is comfortable. The Washington Post in a follow-up article offered advice for office leaders on how to successfully create a pet-friendly workplace that everyone is on board with.

The United Kingdom’s competition regulator for the second time this year has moved to block a veterinary takeover deal, a sign that antitrust authorities are increasingly uneasy about the rising power of big corporations in the profession, the VIN News Service reports. The Competition and Markets Authority said VetPartners’ proposed acquisition of Goddard Veterinary Group, which owns 47 clinics in Greater London, could shrink pet owners’ choice to an unacceptably low level in 11 local geographic areas. Private equity-backed VetPartners has grown to about 550 veterinary clinics across the United Kingdom in an expansion effort that has also brought it into France, Italy, Spain and Switzerland. The CMA’s intervention comes two months after it raised doubts about corporate consolidator CVS Group’s acquisition of Quality Pet Care, which trades as The Vet and owns eight practices in England. The CMA has launched a “phase one” investigation, which will advance to phase two if VetPartners doesn’t address regulators’ concerns, potentially by selling some practices.

Petco will deploy Butterfly’s portable ultrasound at its hospitals

Petco and Butterfly Network have agreed to deploy Butterfly’s iQ+ Vet portable ultrasound at Petco’s network of roughly 200 veterinary hospitals. The iQ+ Vet is the second-generation version of Butterfly’s product. The device “will arm our veterinarians with ultrasound imaging that will help speed diagnoses and improve health outcomes,” said Petco’s chief veterinarian, Whitney Miller. Petco has also announced a partnership with outdoor specialty retailer Backcountry to create a product line aimed at outdoor enthusiasts and their dogs.

While breed seems to play some role in dog behavior, it plays less of a role than conventional wisdom holds, a new study shows. About 9% of the variation in an individual dog’s behavior can be explained by its breed, according to the study, published in Science. German shorthaired pointers, for example, were slightly more likely to point, and golden retrievers were slightly more likely to retrieve, than the general dog population. But no behavior is unique to any one breed. “I don’t think that we should really be deciding that breeds are the things that will tell us whether we will be happy with a dog or whether a dog will be happy with us,” said Marjie Alonso, a study author and executive director of the IAABC Foundation, an animal training organization. “Genetics matter, but genetics are a nudge in a given direction. They’re not a destiny,” said Evan MacLean, director of the Arizona Canine Cognition Center at the University of Arizona, who was not involved in the study. NPR reports.