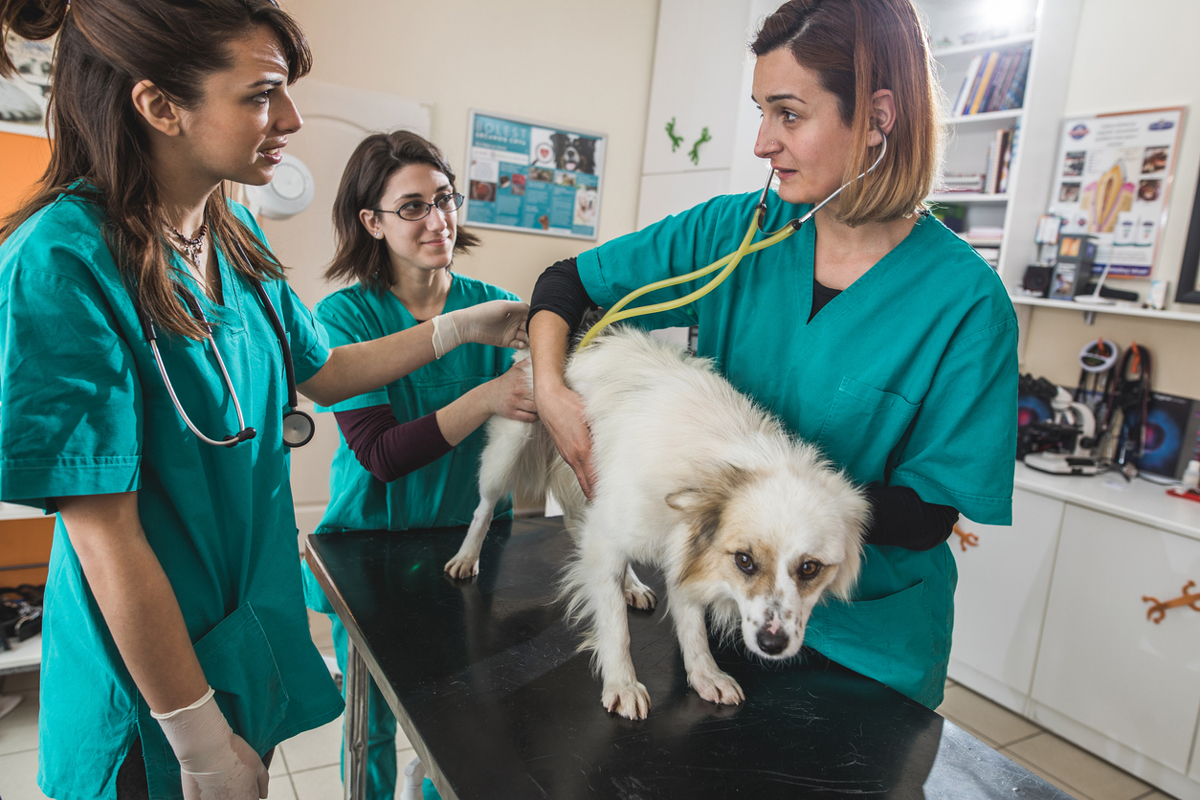 Burnout is up in the veterinary profession, especially among technicians and young doctors: survey

Younger veterinary professionals and technicians reported the highest levels of burnout in a new survey, which found a rise in burnout across the profession since last year. Respondents overall reported higher levels of exhaustion at work and said they feel less empathetic and less connected with their patients and colleagues. This is likely due to higher stress, increased demand and restrictions during the pandemic. Industry consulting group Veterinary Integration Solutions conducted the survey in partnership with Galaxy Vets. Technicians reported the highest levels of burnout, citing reasons such as low pay, underutilization of their skills in the workplace and lack of autonomy in their jobs. Goal setting seemed to be one valuable way to prevent burnout. “One of the key findings this year is that practitioners who had professional goals reported significantly less burnout, and feel happier and more valued than those who did not,” said Dr. Ivan Zak, a veterinarian who founded VIS and is the CEO at Galaxy Vets.

Don’t let your practice’s marketing fall by the wayside: iVET360

Veterinary hospitals have cut down on their online advertising this year as they deal with staff shortages and high demand, but they shouldn’t let it go, according to a new report. Industry consultant iVET360 surveyed independent veterinary hospitals for its annual Veterinary Marketing Benchmark Report to find out how actively and successfully practices are digitally advertising their services. “Frankly, independent practices—overwhelmed by the lack of staff and skyrocketing demand…decided it was just easier to let their online profiles, social media, and other important aspects of digital marketing slide,” the report says. Advertising on platforms like Google, Facebook and Yelp fell from last year among survey respondents. By letting their online presence drop, the report says, independent practices risk losing visibility to corporate groups that are pushing hard on their internet marketing campaigns. But since so few hospitals are advertising now, it’s a prime time to do so, according to iVET360.

No, there hasn’t been a spike in pets surrendered to shelters this year, experts say

More than 20 million U.S. households have reportedly acquired a pet since the start of the pandemic, causing many people to wonder whether there would be an influx of animals returned to shelters this year as people go back to work. Local news station Fox 61 turned to several national organizations to find out whether there’s been a nationwide spike in animals being surrendered to shelters this year. The answer, they found, is no. “Despite a number of alarmist headlines, pet owners and adopters do not appear to be returning or surrendering animals en masse. 2021 saw only a 0.56% (less than 1%) increase in intake over 2020,” according to a report from Shelter Animals Count. “From 2019 to 2021, we see nearly a 25% drop in intakes. ‘Owner surrenders’—pets given up by their owners to animal shelters—are down 23% in 2021, from 2019.” Other sources for Fox 61’s research were the ASPCA, North Shore Animal League America, and the American Pet Products Association.

Hospital network CareVet has launched a new benefits package for its veterinarians. The “Ultimate CarePackage” includes a $100,000 minimum salary, up to $5,250 in annual student loan support, up to eight weeks paid parental leave, up to $10,000 for adoption assistance, and access to a social worker. “Great medicine starts with great teams, which is why attracting and retaining top talent is one of [our] top priorities,” said CEO Greg Siwak. CareVet earlier this year pledged to pay all employees across its network at least $15 an hour, and it launched an employee bonus program.

Supply chain disruptions have hit the pet industry, and they may stay a while, according to an industry expert. Bryan Jaffe, managing director of pet industry investment firm Cascadia Capital, said pet food manufacturers, suppliers and retailers, and consumers should expect to be affected by these issues, which were “once perceived to be transitory” and are “looking increasingly to be systemic.” Specific to pet food, “labor shortages and rising labor costs, elevated shipping costs and input cost inflation are all impacting third-party producers in consumables,” Jaffe wrote in his latest Pet Industry Overview. Pet food companies are passing these costs on to consumers, with 82% of the companies surveyed by Cascadia saying they’ve passed the costs on or are planning to do so by the end of the year. These problems could hinder the industry’s growth, and consumers may not be willing to pay past a certain point, according to Petfood Industry.

People are wondering when their cats and dogs will get vaccinated against COVID-19. Experts say it’s not necessary now.

While pet owners have been wondering when their cats and dogs are going to get vaccinated against the coronavirus, that likely won’t happen soon, and it doesn’t seem necessary right now, experts say. Development of a vaccine for pets began early in the pandemic. Zoetis started research after a Pomeranian in Hong Kong was the first known pet to catch the virus, in February 2020. “We figured, ‘Wow, this could become serious, so let’s start working on a product,’” said Mahesh Kumar, a senior vice president at Zoetis who leads vaccine development. Zoetis had four promising candidates for a vaccine by the fall of 2020, announcing that each elicited “robust” antibody responses in cats and dogs. But it soon became clear that pets don’t seem to need a vaccine now. They’re not at high risk of falling severely ill from COVID-19. There’s no evidence pets spread the virus to humans, and the virus seems to spread little among pets themselves, according to The New York Times.

A veterinarian at Washington State University is figuring out how to treat an eating disorder that for many years has led to death or euthanasia in dogs. The condition, called megaesophagus, involves enlargement of the esophagus and a loss of the organ’s ability to move food to the stomach. If left untreated, many animals regurgitate or aspirate food into their lungs, causing pneumonia and eventual death. Dogs with the condition have to eat in a “begging” position to allow gravity to move food to the stomach. Owners are often unsure what food to use and how long to keep their dogs upright. But Washington State veterinarian Jillian Haines is using X-ray imaging and a variety of food consistencies to determine individual needs for patients in her care. Using X-ray, Haines can watch food as it travels down the esophagus and to the stomach, noting the length of time and the type of food to help pet owners. “We’re learning to manage the disease, and we’re adding on, in many cases, years to the time these animals get to spend here with their owners,” Haines said in WSU Insider.

Encore Vet Group, which owns 60 hospitals across the country, has acquired VetSupport, an industry consulting company. This initiative builds on Encore’s creation of the Encore Performance Academy, a training platform for veterinary professionals. “Our core purpose is to inspire the spirit and effectiveness of veterinary teams,” said Lance Sprinkle, Encore’s president. “Building the Encore Performance Academy was the first step, and with the addition of the team at VetSupport, we’re thrilled to take our training and support of our people to the next level.” Encore says that with this acquisition, along with the Performance Academy, the company “has built a powerful trifecta not found anywhere else in the industry.”