Livestock News for week of September 30 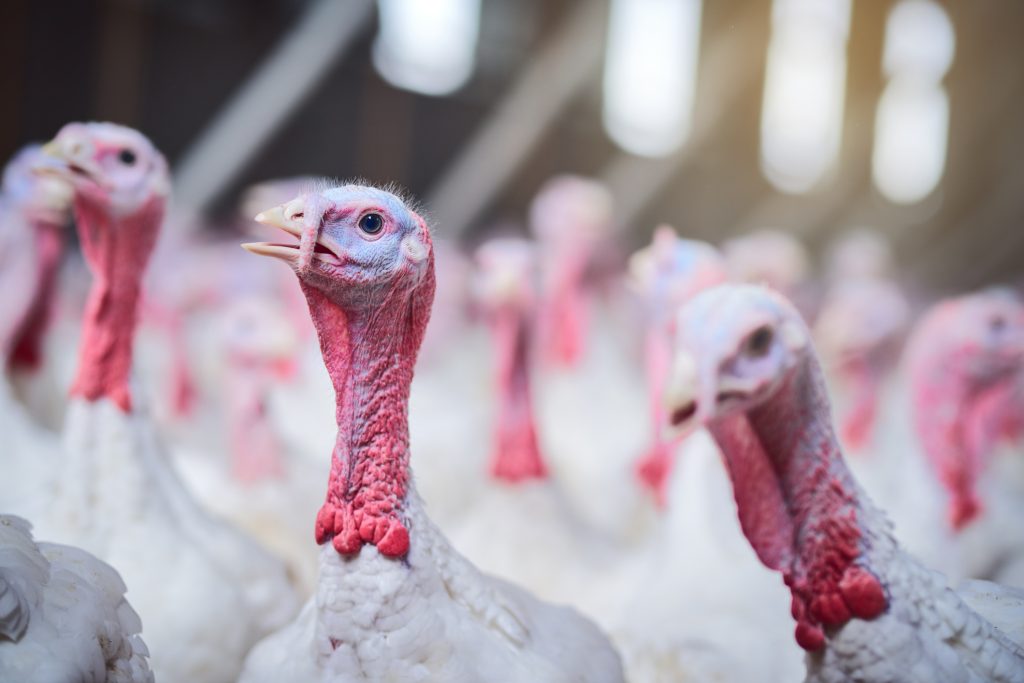 The turkey industry is suffering a shortage of available veterinarians, the vice chair of the National Turkey Federation told the Senate agriculture committee. Ron Kardel, NTF vice chair and a turkey grower for West Liberty Foods, testified that “there are no veterinarians available for the turkeys we produce.” According to Burton Pfliger, past president of the American Sheep Industry Association, there are three “tiers” of veterinarians: Dog and cat veterinarians are the highest tier, followed by large animal veterinarians, with sheep and poultry vets in the lowest tier. Sheep and poultry producers lack access to veterinarians “who are not only willing, but knowledgeable about those industries to practice veterinary medicine,” Pfliger said. Industry members said that graduating veterinary students, many of whom are in significant debt, would prefer a high-paying companion animal job to a livestock position. WattAgNet reports the story.

New legislation introduced to protect against African swine fever in the U.S.

U.S. House representatives introduced legislation that would authorize Customs and Border Protection to hire more agriculture specialists to prevent an outbreak of African swine fever in the United States, National Hog Farmer reports. “Iowa leads the nation in pork production, raising nearly one-third of U.S. hogs,” said Representative Cindy Axne of Iowa. “An outbreak here at home would be devastating to Iowa’s pork industry, which is an economic driver and job creator across the state.” She said Customs needs resources “to effectively prevent the introduction of this infectious disease in the U.S.” The bill would allow the agency to hire 240 agriculture specialists per year until staff shortages are filled so that harmful diseases like ASF won’t enter the country. Axne and another representative in July urged the customs agency to prioritize agricultural inspections to prevent an outbreak of ASF among domestic swine herds, after other countries, notably China, suffered severe outbreaks. Recent reports show that as many as half of China’s breeding pigs have died or have been slaughtered due to the virus.

Roundup weed killer is blamed for cancers, but farmers say it’s not going away

Several multimillion-dollar awards have been handed down in lawsuits alleging Roundup weed killer — specifically its key ingredient, glyphosate — causes cancer, but farmers continue to have faith in it. “Roundup is still a fabulous tool,” one farmer, who has used Roundup on his 5,000 acres for 40 years, told The New York Times. A settlement has been looking more likely for the 20,000 pending lawsuits, as investors pressure Bayer — which acquired Roundup’s producer, Monsanto — to put this episode behind it. But even with the lawsuits, Bayer’s investors stand by the company’s purchase of Monsanto, since Roundup is so popular among farmers. Independent market researchers predict the global market for glyphosate could reach $12 billion by 2024, regardless of health concerns. According to Liam Condon, president of Bayer’s crop science division, litigation against Monsanto “doesn’t fundamentally change the rational” for Bayer’s purchase of the company. He added that “we are committed to making sure the product [Roundup] remains available.”

Amid trade wars and poor weather conditions, many U.S. farmers are finding they can make up for lost revenue by installing solar panels on their land. Farmers have two options when adding solar to their farms: They can lease land on which energy companies install panels that generate electricity for the grid, or they can install their own solar panels to cut electricity bills. Both methods can amount to more than $1,000 a month in improved margins, according to farmers and renewable energy advocates who spoke with The Wall Street Journal. For example, one Minnesota farm owner is earning $14,000 annually for the next 22 years from a local utility, which is paying them to operate a solar array on 15 acres of their land. “Solar becomes a good way to diversify your income,” said a Wisconsin farmer who leased all of his 322 acres to a solar power cooperative at a rate of $700 per acre annually. (He plans to continue farming on 420 rented acres nearby.) How farmers incorporate solar power into their operations depends on what incentives, if any, their states offer.

Santa Anita Park, a thoroughbred racetrack that has seen 31 horses die since late December, has appointed a seven-member team of equine veterinarians to observe and examine horses in training or scheduled to race, Today’s Veterinary Business (also published by NAVC) reports. The announcement was made before the track’s 23-day autumn meet was set to get underway September 27 and almost six weeks before Santa Anita Park hosts a major industry event. The Southern California track’s owners have been criticized for the deaths and have made several changes, including implementing a new drainage system, to try to stop the deaths, which are a mystery for racing and veterinary experts. “In addition to reviewing past performance, workout patterns and veterinary records, this team will continue to observe horses as they go to and exit both the main track and training track each morning, as well as observe horses as they go through their daily routines, be it jogging, galloping or breezing,” according to the racetrack.