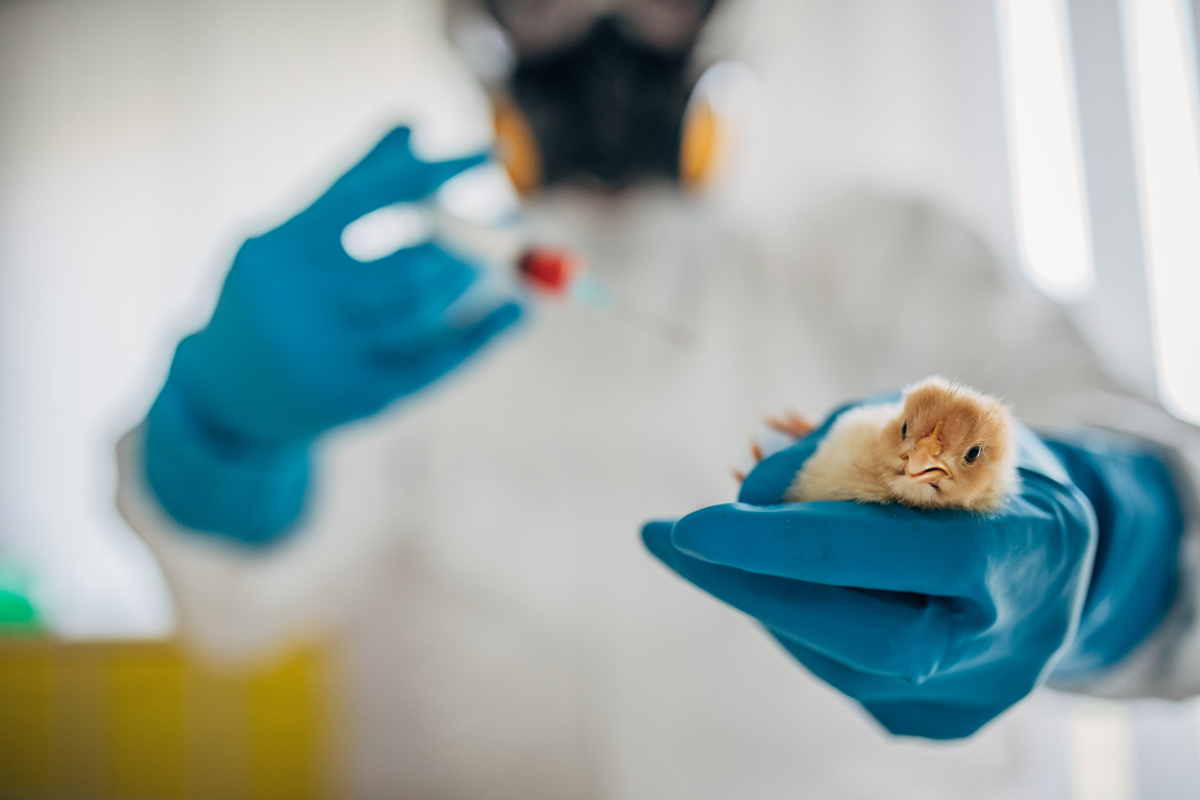 The bird flu outbreak has spawned a new wave of online misinformation reminiscent of conspiracy theories that have gained traction during the COVID pandemic. Claims include that the flu is fake, a hoax being used to justify reducing the supply of birds in an effort to drive up food prices, either to wreck the global economy or force people into vegetarianism, the Associated Press reports. Others say the flu was genetically engineered as a weapon, possibly to spark a new round of pandemic-style lockdowns. A version of the story popular in India says 5G cell towers are somehow to blame for the virus. Many of these claims say that the fact animal health authorities are monitoring the outbreak with PCR tests—also used for COVID and a common monitoring strategy in multiple sectors—is evidence the virus is fake. “I can guarantee you, this is the real deal,” said Keith Poulsen, director of the Wisconsin Veterinary Diagnostic Laboratory. “We certainly aren’t making this up.”

Michigan officials have confirmed the first case of highly pathogenic avian influenza in a commercial flock in the state, after the virus was detected in a turkey operation of 35,100 birds in Muskegon County, on the state’s west coast. The state had already responded to 12 cases of avian flu in backyard flocks this year. The premises were under quarantine, and the birds were depopulated to prevent disease spread, Feedstuffs reports. “We will continue to ask every poultry owner, whether a backyard owner or commercial grower, to take preventative actions to help stop the spread of HPAI,” said state veterinarian Nora Wineland. Michigan’s Department of Agriculture and Rural Development announced on May 10 that 2022 poultry and waterfowl exhibitions in the state were canceled until Michigan goes 30 days without a new detection of highly pathogenic avian flu in domestic poultry.

Additional cases of bird flu have been confirmed in Washington backyard flocks, state officials announced. The flocks, one with around 100 chickens and the other with nearly 30 chickens, ducks and geese, were in Whatcom and Okanogan counties, on opposite sides of the state. Cases have also recently been confirmed in backyard flocks in Spokane County and Pacific County, the Associated Press reports.

Oklahoma Gov. Kevin Stitt has signed into law a bill requiring the Oklahoma Department of Agriculture, Food and Forestry to regulate poultry feeding in the state. The law gives the state department rulemaking power over poultry feeding rather than USDA’s Natural Resources Conservation Service. The new policy “will bring the cost of nutrient management plans back to a reasonable rate for Oklahoma farmers,” said state Rep. David Hardin, who sponsored the bill. Feed Strategy reports.

Three veterinarians shared in the online news outlet Bovine Veterinarian some of their best practices to help doctors improve cattle post-mortem exams. “Similar to a physical exam, use a consistent process for every post-mortem,” said Dr. Ryan Rademacher, a consultant at Telus Agriculture. “This will create a habit that becomes second nature, ensuring that a complete post-mortem is performed regardless of any potential bias the clinician may have as to cause of death.” Rademacher added that diagnoses should be consistent. “For instance, ‘bloat’ and ‘ruminal tympany’ refer to the same syndrome, but switching back and forth could be problematic, especially with larger operations or data sets. Using consistent terminology simplifies data collation and summary processes and facilitates effective management of post-mortem information.”

Two defendants recently pled guilty in a New York federal court on charges related to racehorse doping. Louis Grasso and Richard Banca “pled guilty to their respective roles in the distribution of adulterated and misbranded drugs with the intent to defraud and mislead,” according to the announcement from the U.S. Department of Justice. The charges arose from an investigation of widespread schemes by racehorse trainers, veterinarians, distributors of performance-enhancing drugs, and others to manufacture misbranded PEDs and administer them to horses. “Grasso, a veterinarian, not only accepted payment in exchange for prescriptions for powerful and medically unnecessary performance-enhancing drugs, he also created, distributed, and administered custom-made performance-enhancing drugs that were all misbranded and adulterated substances designed solely to improve racehorse performance,” according to the Justice Department. Banca purchased and administered misbranded and adulterated drugs to his racehorses, which led to winnings of more than $16 million, officials said.