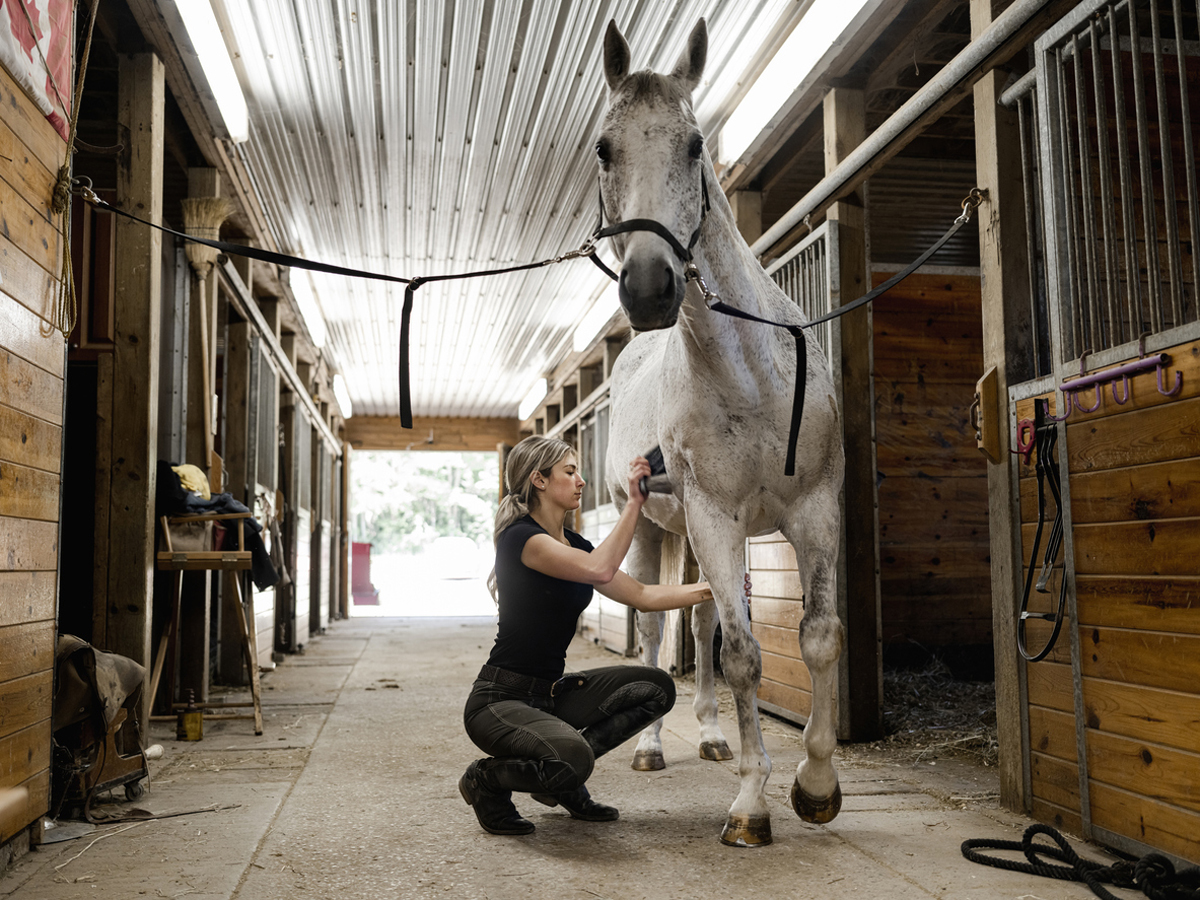 A new tool could help improve horse safety during transport

A new test to determine whether a horse is broken or unbroken could improve safety during transportation. The Broken/Unbroken Test (BUT) was created by researchers at the University of Bologna with support from Morris Animal Foundation. “By identifying horses as broken or unbroken, horses can be moved in ways that are best suited for them,” said Dr. Barbara Padalino, an associate professor at the university. “Our tool will help prevent injuries and stress, improving transport for the many horses that travel by road each year.” The research team published their findings in the journal Animals. More information on how the test was developed is available in the announcement from Morris Animal Foundation.

The Biden administration is considering a proposal that could allow some pork plants to slaughter pigs faster if they get more workers on the floor each day, a union official said. The proposal was made by Quality Pork Processors, which operates a large Minnesota slaughterhouse, with union officials. It could benefit companies like Smithfield Foods and JBS USA, Reuters reports. This follows a decision by a federal judge in March invalidating a Trump-era rule that lifted limits on line speeds at several pork plants. The new proposal would allow Quality Pork Processors to increase line speeds if USDA and unions agree staffing levels are high enough, said Richard Morgan, president of the UFCW local that represents the plant’s workers. “The number of staffing would dictate what the line speed can be that day,” he said.

The pandemic’s effects have shifted from curtailed demand to derailed supply chains, CoBank says in its new quarterly report. According to CoBank’s Knowledge Exchange division, supply chains are arguably in the most dire condition since the start of the pandemic as lead times for manufacturing inputs have recently reached record highs. Persistent supply chain disruptions and labor shortages are adding significant costs to business operations, and consumers will feel these effects through higher prices for months to come. Rapidly rising input costs and product shortages are hitting agriculture particularly hard, as commodity prices have flattened and inflation causes pressure for producers. Robust exports have helped offset these challenges, according to CoBank.

Twenty-four more countries have joined an effort led by the United States and the European Union to reduce methane emissions 30% by 2030 from 2020 levels, Reuters reports. This comes ahead of the initiative’s official launch at the United Nations climate summit in Glasgow. The 24 new signatories include Canada, Nigeria, Japan, Pakistan, Germany and France. More than 20 philanthropic organizations said they’d raise over $223 million to support countries’ methane-reduction efforts. The pledge will now cover 60% of global GDP and 30% of global methane emissions. If fulfilled, it would have a significant impact on the agriculture, energy and waste sectors, which are responsible for significant methane emissions.

A new partnership between two agriculture organizations aims to increase the presence of members of minority communities in the industry. The American Farm Bureau Federation and the National Society for Minorities in Agriculture, Natural Resources and Related Sciences announced they’ve signed a memorandum of understanding expected to strengthen membership value for both organizations through collaboration on projects, Meat + Poultry reports. The collaboration includes written content for each organization’s publications, leadership training and cross-promotion of programs and events. “The new partnership between [the National Society of MANRRS] and the American Farm Bureau Federation will ensure that all of the voices of the agricultural community are heard as we work together to develop a well-trained workforce that not only identifies agricultural issues, but one that also addresses these challenges today and tomorrow, domestically and globally,” said Olga Bolden-Tiller, president of the National Society of MANRRS.

Thousands of Deere & Co. workers began a strike Thursday, the United Auto Workers said, days after they overwhelmingly rejected a six-year labor contract with the company. Deere, the world’s largest farm equipment maker, and the UAW union reached an agreement after weeks of negotiation on wages and other benefits, but 90% of the union’s workers voted against the deal, Reuters reports. The tentative deal covered about 10,000 production and maintenance employees across 14 facilities in the United States. Deere said it remained committed to reaching a new agreement but said it didn’t know yet when it would complete negotiations.