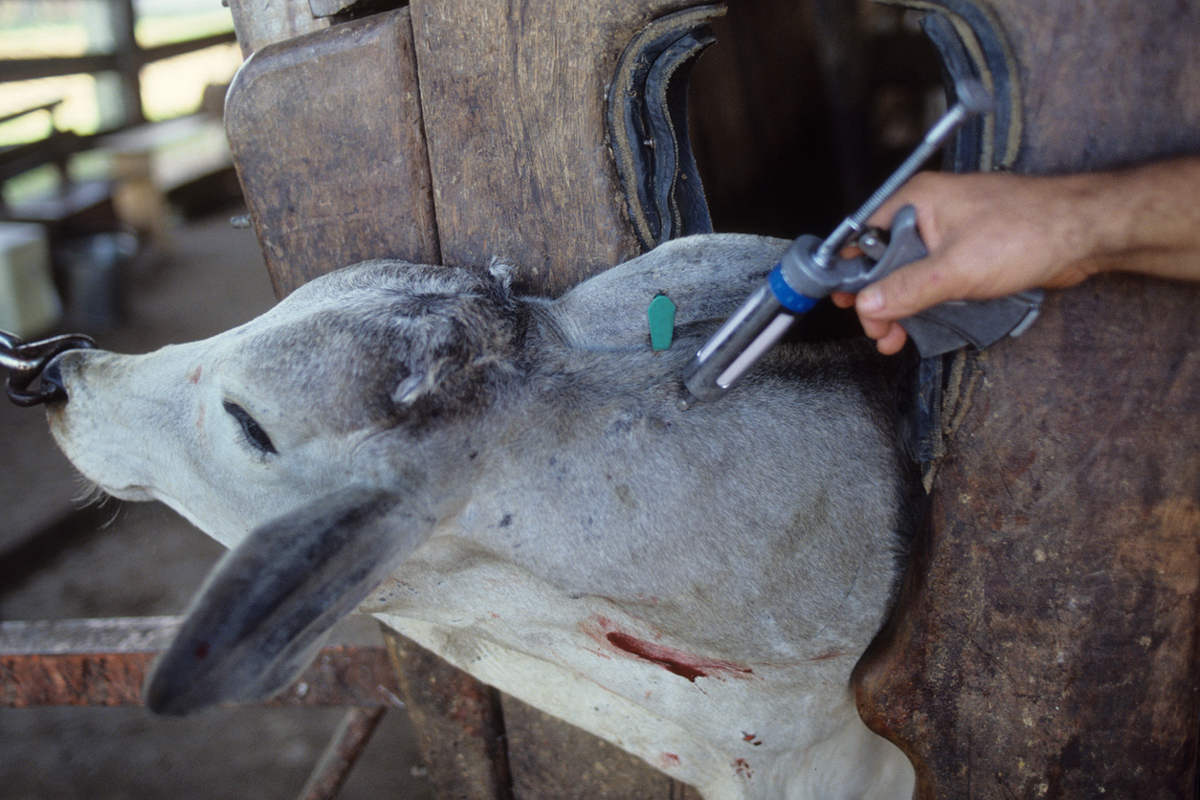 New vaccination guidelines from the American Association of Bovine Practitioners aim to help the association’s members design effective client vaccination protocols. The 32-page resource includes information on principles of vaccination, influence of management on disease, vaccine label information, vaccine categories, adverse events, vaccine storage and handling, core vaccines, and risk-based vaccination, according to the announcement. The AABP’s Committee on Pharmaceuticals and Biologics “felt it was critical to outline answers to vaccine-related questions frequently asked by bovine practitioners in a readily available format, based upon the available science,” said committee chair Dr. Justin Kieffer. “It was also important to point out the gaps in knowledge on vaccine issues and to list references for the material we included.”

The National Cattlemen’s Beef Association is urging USDA to be careful how it allows the term “beef” to be used on product labels. In comments submitted to USDA’s Food Safety and Inspection Service, NCBA said the term should only be applicable to products derived from livestock raised by farmers and ranchers. The organization said labeling standards should clearly differentiate cultivated products with a “lab-grown” label. “An NCBA consumer survey showed that when purchasing protein, 74% of consumers agree that there should be a definitive indication of whether meat being purchased is lab-grown or conventionally produced,” said NCBA senior executive director of government affairs Danielle Beck.

Since it was acquired as Biovet for $10.6 million in 2000 by two brothers in Bulgaria, Huvepharma has grown into the world’s sixth-largest livestock health firm. The company has 11 plants in four countries, including five in the United States, producing veterinary medicines, vaccines and animal feed additives. It posted $658 million in 2020 revenue, up 21% from 2018. Thanks in large part to Huvepharma’s success, the two brothers, Kiril and Georgi Domuschiev, have become Bulgaria’s first-ever billionaires. They had planned to take Huvepharma public on the Amsterdam stock exchange in June, hoping to raise $340 million at a valuation of at least $4 billion. They then decided to stay private. “The discount to secure a successful IPO [was] too high to justify going public,” Kiril Domuschiev said. The brothers control an estimated $4.2 billion, including real estate and soccer interests in addition to Huvepharma, Forbes reports.

The Federal Trade Commission will order nine major retailers, wholesalers and consumer packaged goods companies to submit data on supply chain challenges. The agency said it wants the data to “shed light on the causes behind ongoing supply chain disruptions.” The companies include Tyson Foods, Kraft Heinz, Amazon, Walmart, Kroger and several others. The companies will have to provide internal documents related to supply chain strategies, pricing decisions and supplier selection. The FTC order asks for the primary factors disrupting procurement, transportation, and distribution of products, in addition to the most affected inputs and suppliers, as well as steps to mitigate disruptions, Food Dive reports.

Europe plans to capture 5 million metric tons of carbon dioxide a year by 2030, with new technology and help from farmers

The European Union plans to capture 5 million metric tons of carbon dioxide annually by 2030 using new technology, according to a draft document seen by Reuters. The bloc also plans to develop a system to certify carbon removals. The European Union, which currently emits more than 3 billion metric tons of carbon dioxide equivalent each year, has committed to reach net zero emissions by 2050. Capturing 5 million metric tons a year wouldn’t hugely advance progress toward that goal. But setting this new target could advance new technology to help Europe capture carbon dioxide and store it in long-term storage sites. Officials also want to encourage farmers and landowners to store more carbon dioxide in trees, soil and wetlands. The document outlining the plan is due for publication by the European Commission on December 14.

Growmark and CHS announced the formation of Cooperative Ventures, a new capital fund to spur advancement of agriculture industry technologies. “The fund will provide differentiated value to startups in the agricultural ecosystem by leveraging the expansive connected networks, unparalleled access to the farmgate and proven success of the two agricultural cooperatives,” according to the announcement. Both companies will be equal partners in the $50 million fund, which will be established as its own separate legal entity. The fund has identified three core investment areas: crop production, supply chain and sustainability.