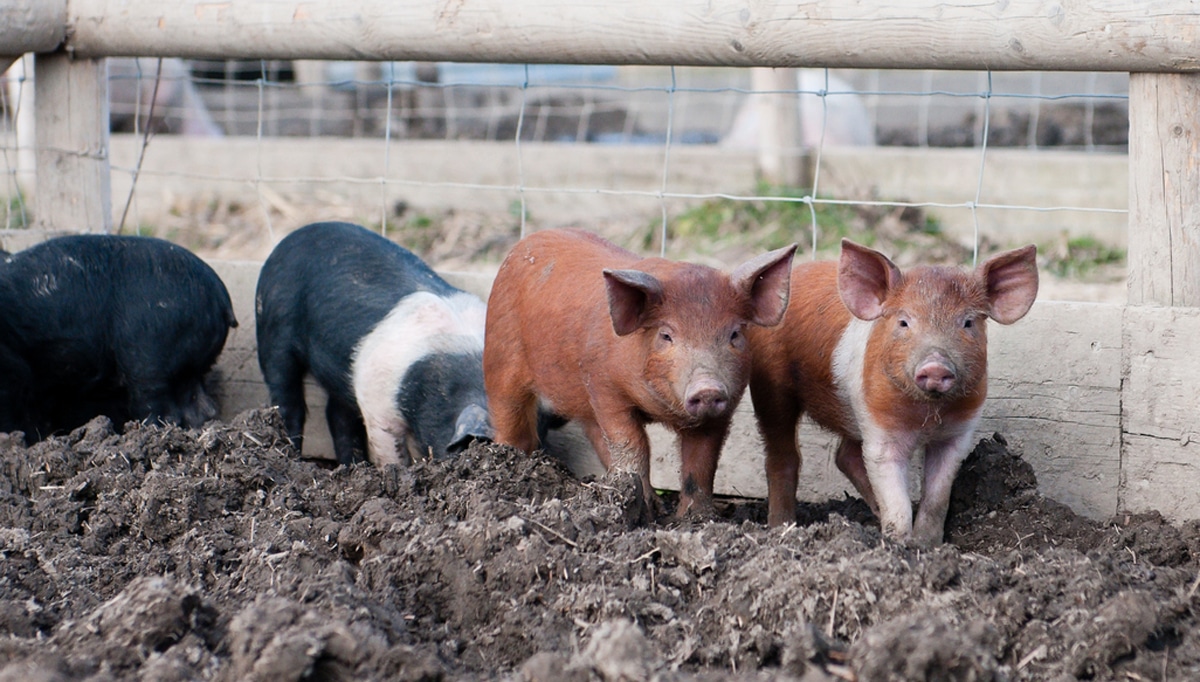 China’s hog herd is returning, but producers are still cautious

China has gotten its African swine fever outbreak under control over the past year, implementing new biosafety measures and shifting production to large farms that can afford stronger protections, Fortune reports. The virus is still a threat, but the returning supply of pigs in China is helping revive global markets and is also easing inflation concerns in the country. In a rural Hong Kong village, Hong Kong Heritage Pork has strengthened its efforts to protect the 4,000 pigs it houses, using a new ventilation system and automatic feeding machines that minimize human contact. “We were so worried that sometimes we couldn’t even sleep, just thinking about the disease,” said John Lau, co-founder of the farm. Dirk Pfeiffer, a veterinary epidemiologist at the City University of Hong Kong, said that “from an animal disease perspective, [ASF in China] is probably the biggest outbreak we ever had of any disease.”

Cows appear to be endowed with bacteria that can digest certain types of synthetic plastic, offering a potential way to reduce plastic litter, researchers say in a new study. The study found that bacteria in a cow’s rumen—one of the four compartments of its stomach—can digest plastics including polyethylene terephthalate, or PET. “A huge microbial community lives in the rumen reticulum and is responsible for the digestion of food in the animals, so we suspected that some biological activities could also be used” to break down plastics, said lead researcher Doris Ribitsch of the University of Natural Resources and Life Sciences in Vienna. Genetic Engineering & Biotechnology News reports.

California opens free meals to all students, no questions asked

California is launching free breakfast and lunch for all the state’s students, with no requirement for proof of eligibility. More than 3.6 million California students—nearly 60% of the state’s students—qualified for free or reduced-price meals before the pandemic, but advocates believe the number of students eligible for the program is actually much higher. Language barriers and immigration status may have created barriers to enrollment. The state budget allocates $650 million for the program, NBC Los Angeles reports.

A new law gives the Minnesota Department of Natural Resources authority to inspect farms where deer are raised, part of an effort to prevent the spread of chronic wasting disease, Minnesota Public Radio reports. Previously, the Minnesota Board of Animal Health handled inspections, as the agency in charge of protecting the health of domesticated animals. The Department of Natural Resources manages wild animal populations and has clashed with the animal health board over the management of chronic wasting disease, which has often spread when infected farmed deer are moved around the state.

Agriculture prices will ease, but hunger and climate goals are far off: U.N.

Food commodities are likely to become cheaper in the coming decades as productivity grows, but global targets on reducing hunger and emissions likely won’t be met under current policies, international officials said. Although commodity prices have spiked since last year, prices of most commodities should fall slightly in real terms in the decade ahead, according to the Food and Agriculture Organization of the United Nations and the Organisation for Economic Co-operation and Development. The groups’ report said this price trend is in line with a long-term trend of improving production meeting rising demand from a growing population. Overall greenhouse gas emissions from agriculture are projected to increase 4% over 10 years, with livestock accounting for about 80% of the rise. And a United Nations goal of “zero hunger” by 2030 is a long way off, Reuters reports.

Livestock and wildlife trade present high risks of pathogen spillover to humans, scientists say in a new study. The scientists, at the University of Cambridge, found that while the risk of another pandemic can’t be eliminated, systemic changes in human-animal interactions could minimize the probability, The Guardian reports. The study found that while consumption of exotic wild animals presents a risk, other key factors include wildlife farming and trade; livestock; international trade of exotic animals for pets; and human encroachment on wildlife habitats. “There’s a natural tendency, particularly in the western world, to imagine that this has nothing to do with us,” said the study’s lead author, Dr. Silviu Petrovan.