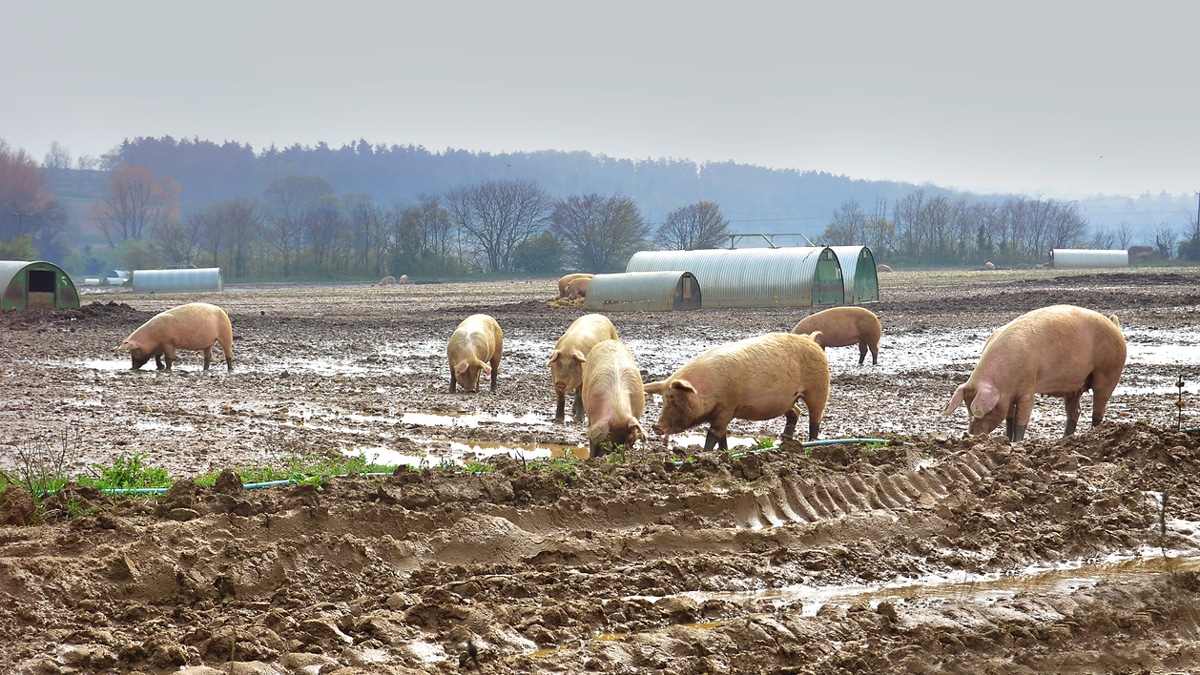 More than 70 lawmakers are urging the Biden administration to appeal a recent federal court ruling that limits pork processing line speeds, saying the decision will lead to more industry consolidation. According to a letter lawmakers sent to Secretary of Agriculture Tom Vilsack, research shows the decision would reduce national packing capacity 2.5%, creating a hog surplus. The surplus and reduced demand “will shift economic power to pork processing companies,” the letter said. “The culmination of economic losses from the pandemic, multiple years of trade retaliation, and the court’s decision may result in some producers selling their operation. By failing to act, USDA will drive consolidation in the pork industry.” According to Representative Dusty Johnson of South Dakota, two decades of data indicates higher line speeds don’t adversely affect worker safety. Feedstuffs reports.

The House Appropriations Committee has approved a stipulation that would bar China from buying more U.S. farmland and make land already in its possession ineligible for farm subsidies. The provision is part of a $197 billion USDA-FDA funding bill headed for a vote on the House floor, Successful Farming reports. Washington Representative Dan Newhouse said ownership of nearly 192,000 acres of farmland by Chinese investors is a national security risk. While his amendment received bipartisan support, New York Representative Grace Meng said singling out China could spur attacks on Asian Americans. Newhouse said the amendment would help “ensure the U.S. food supply chain is secure, independent,” especially after the pandemic disrupted the supply chain.

Three methods of slowing pig growth proved effective in a recent study, but some could be better than others depending on the situation, according to researchers. They began the study during the early months of the pandemic to determine how producers could slow growth if a future crisis requires them to do so. Scientists evaluated calcium chloride supplements, a high-corn and lysine-deficient diet, and an increase of non-dietary fiber content with the addition of soy hulls. “These [diets] are some options, and then everyone can make their decision of what will be best for them,” said Nicholas Gabler, a professor of animal science at Iowa State University. Gabler said the findings could be useful not just in a pandemic, but in the event of a cyberattack or disease outbreak as well. Feed Strategy has more.

Producers often don’t give much thought to the quality of the water their livestock drink, but poor quality can lead to major problems, South Dakota State University extension veterinarian Russ Daly writes in Farm Forum. “Already this year we have encountered cow death losses on pasture due to poor or toxic water quality,” Daly says. Water analyzed in these cases has been high in sulfates and nitrates, either of which can kill animals, especially ruminants. Cattle have died recently after being moved to new pastures and water sources. “Especially this year, producers should check their stock dams and dugouts before moving cattle onto those pastures,” Daly says.

Hundreds of pigs have died in less than two months in rural communities in two Dominican cities, due to an unknown disease. The disease causes coagulation in the pigs’ blood and “turns their intestines black,” Dominican Today reports. No medication has worked to combat the disease, and veterinarians are unsure how to treat it, farmers said. One farmer reported losing about 70 pigs because of the illness. Another said he lost more than 100 weaning pigs, mother sows and boars.

USDA and other federal agencies have agreed to work together to distribute federal funds for broadband deployment, Feedstuffs reports. Leaders at the Agriculture Department, the Federal Communications Commission and the National Telecommunications and Information Administration said their agencies will consult with one another and share information about the distribution of funds for programs that support broadband buildout in rural areas.