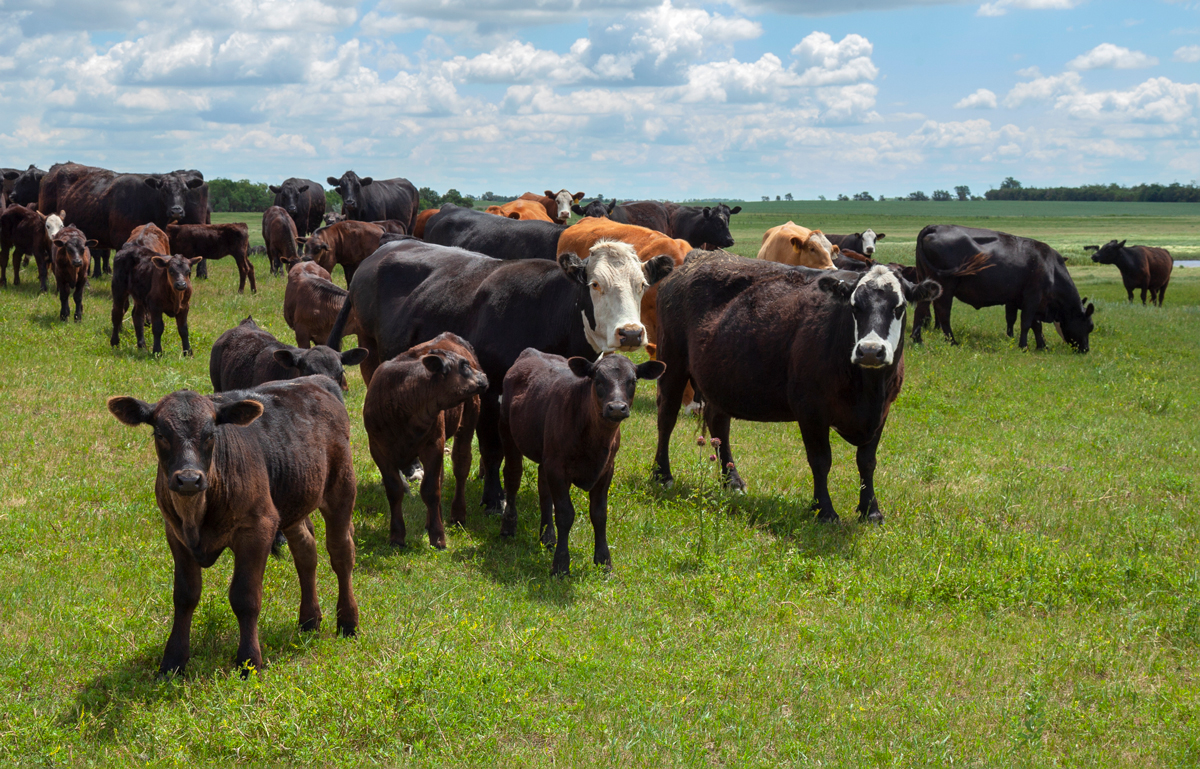 Extreme heat and humidity killed at least 2,000 cattle in Kansas recently, the state said, and high temperatures continue to threaten livestock. The deaths add stress to the U.S. cattle industry, which has already been facing reduced herds due to drought as well as rising feed costs exacerbated by Russia’s invasion of Ukraine, Reuters reports. The Kansas Department of Health and Environment cited its numbers based on facilities that have contacted the agency for help disposing of carcasses, a spokesperson said. Cattle began suffering heat stress as temperatures and humidity spiked last weekend in western Kansas and cooling winds disappeared, said Scarlett Hagins, spokesperson for the Kansas Livestock Association. She said the animals couldn’t acclimate to the sudden change. Temperatures reportedly reached 108 degrees in northwest Kansas by last Monday. They were predicted to near 110 degrees in some parts of western Kansas and the Texas panhandle over the weekend, though stronger winds and lower humidity levels could help minimize cattle deaths, said Drew Lerner, president of World Weather Inc.

USDA’s Animal and Plant Health Inspection Service has launched an outreach campaign called “Protect Our Pigs” to help commercial pork producers, veterinarians and pig owners safeguard their operations against African swine fever. According to APHIS, the Protect Our Pigs website will house materials such as downloadable fact sheets and posters, instructional videos, shareable social media graphics and a new interactive biosecurity guide, and it will offer the latest disease updates. AHPIS will host a webinar on June 29 with a panel of experts representing the pork industry, pig owners and veterinarians, who will discuss the latest on the disease.

A thousand pigs were set to be slaughtered after two cases of African swine fever were detected on a farm in Rome’s Lazio region, Phys.org reports. These are the country’s first detected cases of ASF in farmed pigs. The disease has been detected in wild boar since January. “The sooner we act decisively and incisively, the greater our hope that the commercial damage will be reduced,” said Angelo Ferrari, an official managing the outbreak. Italy’s 8-billion-euro ($9.1 billion) pork industry, with about 8.9 million pigs, is the European Union’s seventh largest, according to the agricultural association Confagricoltura.

Oral vaccine in development for pigs will be industry first, veterinarian says

A veterinarian working with the startup Mazen Animal Health says the company is on its way to developing vaccine technology that can be produced in corn and administered to pigs through feed. “My company is doing something that has never been done,” Dr. Rick Sibbel said at the recent World Pork Expo. “We figured out through plant biology and immunology how to put protective antigens in the germ cell of corn, grow the corn, grind the corn and feed it to the pigs.” The first vaccine being developed by Mazen, with the help of a recent $11 million Series A funding round, is for porcine epidemic diarrhea virus. It’s currently undergoing tests required for USDA approval, and Sibbel said it should be ready in about a year. Oral vaccine administration could help reduce costs and risks associated with injectable vaccination, according to Feed & Grain.

Indonesia last week was set to launch a nationwide livestock vaccination program as the number of cattle in the country infected with foot and mouth disease surpassed 151,000. An agriculture ministry spokesperson said the government would prioritize healthy animals with a high risk of infection in livestock husbandry centers and cows kept by small farmers, among others. The disease has been found in 18 of the country’s 34 provinces, and the number of infected livestock has grown rapidly, up from 20,000 less than a month ago. Indonesia’s government aims to import 3 million vaccine doses from producers in France, Australia, Brazil and New Zealand. The agriculture minister has expressed a preference for locally made vaccines, production of which is expected by the end of August. Lawmakers had accused the government of being careless in letting the virus spread widely for the first time since the late 1980s, according to Reuters.

Smithfield Foods, the largest pork processor in the United States by volume, is closing a hog processing plant outside Los Angeles and shrinking its herd in the region, citing the rising cost of doing business there. The Vernon, California, plant is set to close in early 2023, due to higher taxes, utility costs and labor costs in California compared to other states where Smithfield operates. The company also cited the animal confinement law Proposition 12 in its decision; producers have said the law will cause meat prices to spike. In addition to closing the California plant, Smithfield plans to decrease its sow herd in Utah and is considering options to exit its Arizona and California farms. The company said it will service California customers with its Farmer John brand and other brands and products from existing Midwest facilities, The Wall Street Journal reports.