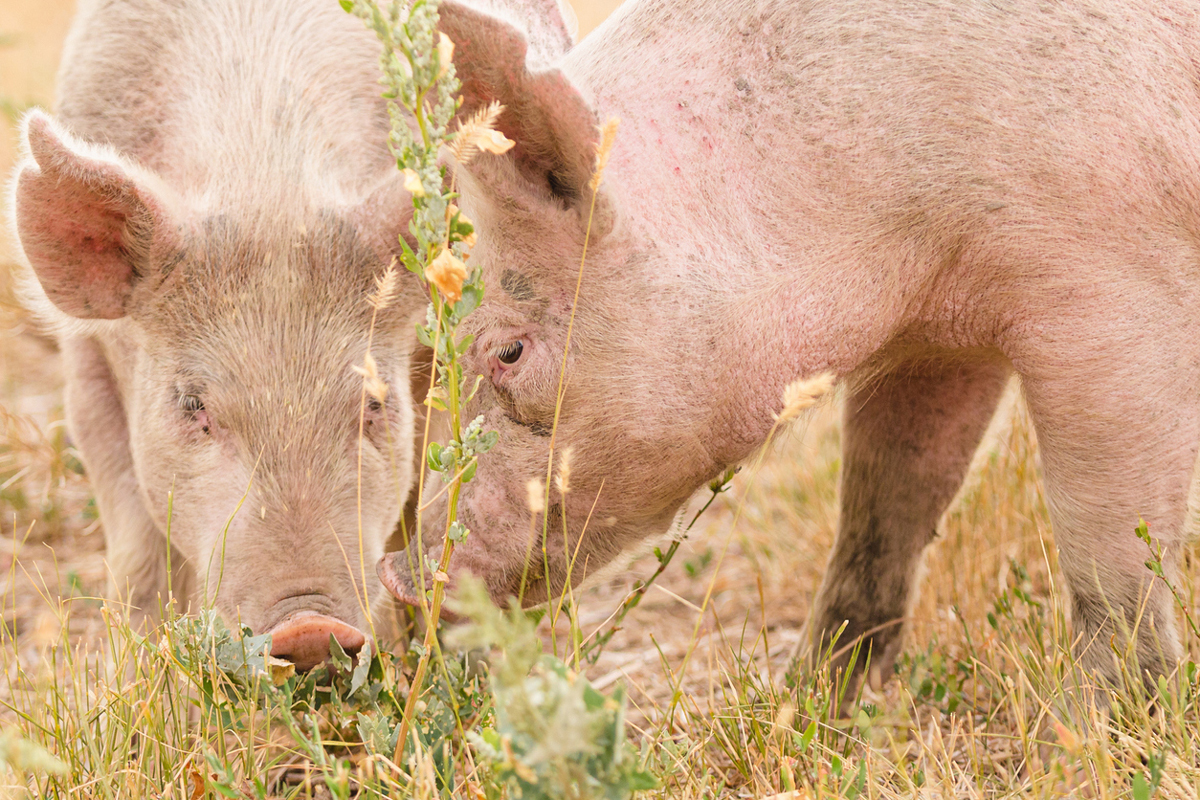 An African swine fever vaccine candidate developed by federal scientists recently passed an important safety test, offering some promise as countries around the world deal with ASF and the United States continues to try to keep it from crossing its borders. “These new results show that USDA’s vaccine candidate does not revert to its normal virulence after being injected into swine,” according to the Agricultural Research Service. This is important to ensure the vaccine’s weakened form of the ASF virus doesn’t revert to its original state, ARS said. A company in Vietnam has selected this vaccine candidate for commercial development, though it still needs regulatory approval there. “This promising research will pay huge dividends, obviously for Vietnamese pigs, but also globally if the vaccine becomes commercially available and is widely adopted in pork-production countries,” Kevin Schulz writes in Farm Progress.

A federally funded pilot program could lead to a national African swine fever response plan, with the idea of increasing collaboration among producers, packers, veterinarians, and state and federal officials. The U.S. Swine Health Improvement Plan (SHIP) is halfway through its four-year pilot phase. During the pilot, officials are working to create a certification program to verify farms and slaughter facilities are free of African swine fever and classical swine fever, and that they’ve added sufficient biosecurity measures. The program would be administered by participating states. So far, 28 have signed on to the pilot, including the 15 that together raise more than 99% of the country’s pigs, according to one program leader. Participating states are enrolling pork producers, who are assessing their facilities’ compliance with program standards. The program is also evaluating methods to trace animal movements in the country, which can help track disease spread. If successful, the SHIP pilot could lead to a permanent USDA program, according to the AVMA.

The avian flu that’s been spreading across the United States has been detected in the Pacific Northwest in an outbreak that involved at least three geese in a rural backyard flock in Oregon. The virus was found in Linn County, about 110 miles southeast of Portland. Washington officials also confirmed avian flu in Pacific County, in a remote part of the state’s southern coast among a backyard chicken flock. Officials were trying to confirm at least three other suspected cases in the state. The discovery of the virus in the Pacific Northwest wasn’t unexpected given its rapid spread across the country. An infected bald eagle was found in British Columbia, Canada, in early March. Officials in Oregon and Washington have reportedly euthanized up to 150 birds in the two states and were advising backyard flock owners to bring their birds inside as much as possible to avoid cross-species contact. The virus hasn’t been detected in commercial flocks in either state, Oregon Public Broadcasting reports.

Neogen and Gencove announced the launch of InfiniSEEK, which the companies describe as “an innovative, cost-effective solution for whole genome sequencing and targeted SNP analysis.” The product is meant to improve cattle breeding. “With the launch of InfiniSEEK, our customers now have a data-rich, cost-efficient way to get genome-wide sequence data, specific genetic traits and parentage markers simultaneously with excellent accuracy to characterize cattle across the world,” said Jason Lilly, Neogen’s vice president of international business.

The University of Calgary’s Faculty of Veterinary Medicine is getting new funding from the government of Alberta in an effort to increase the number of large-animal veterinarians and veterinary technologists across the rural areas of the province. The funding includes 8.4 million Canadian dollars over three years to support enrollment expansion at the university and 59 million Canadian dollars in capital funding over three years to support construction of new infrastructure to accommodate future veterinary students, RMO Today reports. The province has an estimated shortage of 850 veterinary professionals, said Alberta Premier Jason Kenney.

Cargill and Continental Grain’s stalled $4.53 billion purchase of Sanderson Farms could be a sign of future challenges for meat industry mergers and acquisitions, Food Dive reports. The companies have been trying to make the deal as the Biden administration takes a harder line on industry consolidation. Already the “Big Four” poultry processors—Tyson, JBS, Perdue and Sanderson Farms—control a combined 54% of the poultry market, and the pending transaction would bring their share to 60%. “That seems like a consolidated industry,” said Michael Carrier, a professor of antitrust law at Rutgers. The nature of the deal could also cause challenges, since Cargill produces chicken feed while Sanderson and Continental Grain subsidiary Wayne Farms raise poultry for consumption. That could further stall the deal if regulators decide it’s problematic for a chicken feed provider to have market share over competitors in the poultry market, said John Lopatka, a professor of antitrust law at Penn State Law.