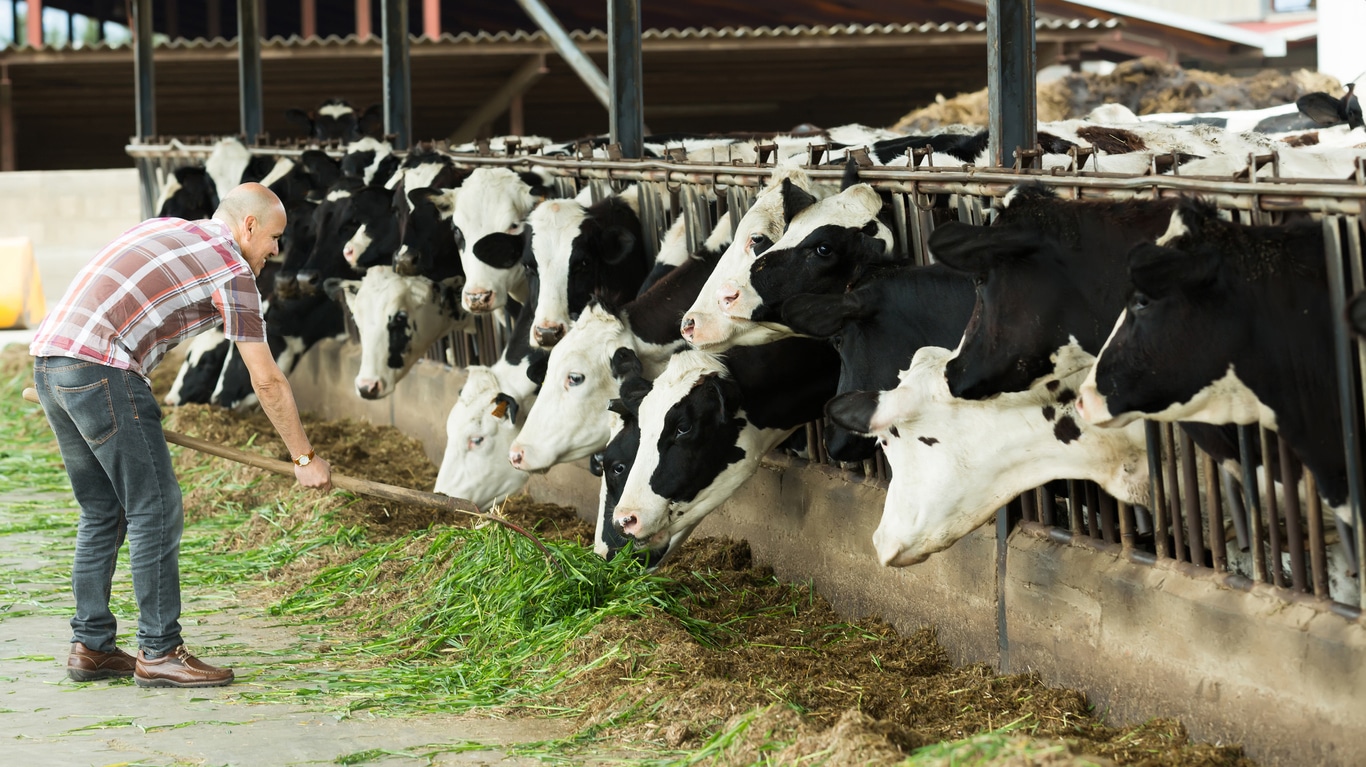 The global dairy industry has faced significant challenges this year, but the outlook for 2020 is relatively bright, according to industry stakeholders interviewed for Feed Strategy’s 2020 Dairy Outlook report. Trends reported include a relatively high demand for dairy products globally, despite the fact that consumers are drinking less milk; a higher share in the market for plant-based dairy alternatives, with the global market expected to reach $41.06 billion by 2025, growing at a 16.7% compound annual growth rate; uncertainty due to trade disputes; and regional differences in dairy feed production, largely due to erratic weather patterns. The global dairy industry should be “cautiously optimistic” entering 2020, experts said, with global demand for dairy products expected to increase by 2.5% to 2020, one expert said.

Farmers continue to struggle with what may be a new normal of lower prices for the agriculture sector, and economists say government funding is a major contributor to farm income, Feedstuffs reports. John Newton, chief economist at the American Farm Bureau Federation, said that of the projected $88 billion in farm-related income in 2019, a projected $33 billion will come from the government. Federal support for farmers is up 53%, while actual farm-related income is down 14%. Farmers’ current financial position could strengthen, Newton said, since the U.S. Department of Agriculture has only issued the first round of 2019 Market Facilitation Program payments, and another $8-10 billion could be on its way. Additionally, farmers haven’t received much of their crop insurance payments for the year.

The microbes that live in the gastrointestinal tract, known as the gut microbiome, play several critical roles within their hosts, including pathogen prevention, digestion, and immune system development, Megan Niederwerder, an assistant professor at Kansas State University, writes in National Hog Farmer. “The relationship, balance and mechanistic interactions among these microbes in the gut is extremely complex and not well understood in states of host health or disease,” Niederwerder says. “However, there is growing evidence supporting the beneficial role that gut microbiome diversity and composition play in the outcome of pathogenic infections.” This clinical article focuses on how gut microbial diversity and modulation of the microbiome could help prevent and control swine respiratory diseases like porcine reproductive and respiratory syndrome virus.

Attendees at the recent meeting of the National Assembly of State Animal Health Officials discussed several topics of interest with implications for livestock producers, JoAnn Alumbaugh writes in Drovers. Aside from the widely discussed African swine fever issue, concerns that arose during the meeting included regulations on antibiotic use; a lack of clarity in regulations governing animal movement between state shores and exclusive economic zones (sea zones under jurisdiction of states); lack of regulation on importation of dogs from other countries, which bring disease risks; the need for more funding for veterinary diagnostic laboratories; and the need for more guidance for private market players in the handling of foreign animal disease outbreaks.

Sanderson Farms has launched a smart speaker “skill” that enables Google Home and Amazon Echo smart speakers to help consumers make poultry-centric dishes like garlic parmesan chicken wings or chicken fajitas. “We wanted to enter into the voice space, as so many other brands are working with Google Home, Amazon Echo, and other smart speakers,” said Hilary Burroughs, Sanderson Farms director of marketing. “We realized no other chicken producers were utilizing Google Home and Amazon Alexa technology and took this opportunity to be the first.” The company made 170 recipes available. Customers simply have to enable the skill on their Google or Amazon smart speaker, and a virtual assistant will lead them through recipe ingredients and cooking directions, according to Meat + Poultry.

The Philippine hog industry is losing almost $20 million a month from African swine fever infections, agricultural officials said recently after announcing the virus has also been detected in some processed pork products. The country is the world’s 10th largest pork consumer, and the spread of the disease is causing prices to rise for other products like chicken, Reuters reports. Philippine central bank officials warned of an upside risk to inflation in 2020 due to the ASF scare. “There are opportunity losses for the hog industry estimated at about 1 billion pesos ($19.5 million) a month,” said Noel Reyes, a spokesperson for the Philippine Department of Agriculture. Philippine agriculture secretary William Dar said, “We strongly appeal to small backyard hog raisers not to sell their ASF-infected pigs to traders, and for traders not to sell infected hogs, and pork and processed products so as not to spread the ASF virus to other areas.”