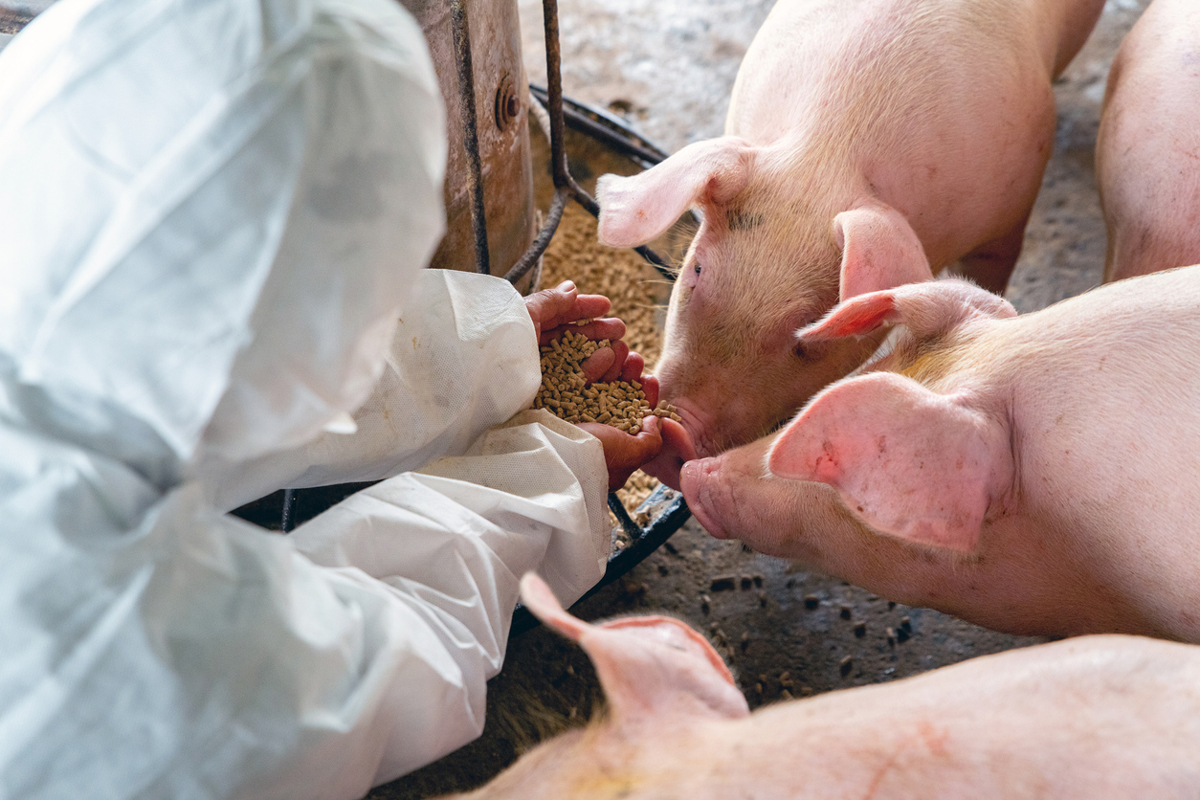 USDA says one of its African swine fever vaccine candidates has been shown to prevent and effectively protect both European- and Asian-bred swine against the circulating Asian strain of the virus, Farm Progress reports. Most swine used in the global food supply are produced in Asia, where the virus has hit particularly hard. The Agriculture Department’s new research shows the vaccine candidate can be commercially produced while maintaining its efficacy against Asian ASF strains when tested in both European and Asian swine breeds. The research also shows a commercial partner can replicate experimental-level results.

Tyson Foods has reached a 91% vaccination rate for its workforce after announcing in early August that it would require vaccines for all of its 120,000 U.S. employees. About 109,000 employees are vaccinated, said Dr. Claudia Coplein, Tyson’s chief medical officer. Tyson was one of the first major companies to mandate vaccines. The company got support from the United Food and Commercial Workers Union after promising more benefits for all workers, including paid sick leave. “Certainly having the union endorse our vaccination requirement means a lot, both to the company and to our team members who are part of the union,” Coplein said. According to the company, about 91% of its unionized employees were vaccinated, matching Tyson’s overall rate. The New York Times reports.

While the United States’ rural population is still whiter than the overall national population, it’s becoming more diverse, two new analyses of census data show. “Contrary to the dominant narratives that use ‘rural’ as a synonym for ‘white,’ 24% of rural Americans were people of color in 2020,” said the Brookings Institution. According to Brookings, the median rural county saw its population of color increase 3.5 percentage points between 2010 and 2020. This has political ramifications, Brookings said, since former President Donald Trump won only three majority-Black rural counties. Researchers from the Housing Assistance Council said the overall rural population between 2010 and 2020 “would have declined substantially if not for growth in its Hispanic population.” Successful Farming reports.

A new call-in service will help livestock veterinarians diagnose toxicology problems in their cattle, small ruminant and swine patients. The hotline is part of a “veterinary toxicology training program” created by Kansas State University using a $248,000 USDA grant. In addition to the hotline, the project will use other telemedicine and distance-based education resources, as well as YouTube training videos, to assist veterinarians. “The toxicology section at the Kansas State Veterinary Diagnostic Lab and I receive multiple calls each day dealing with questions about food animal veterinary toxicology from across the U.S.,” said Steve Ensley, a clinical veterinary toxicologist who developed the program. According to Ensley, “Because of the infrequent nature of most toxicological case presentations, many practicing veterinarians find it difficult to maintain the current knowledge necessary to quickly address specific toxicological emergencies.”

Vaxxinova announced it has purchased Newport Laboratories, a manufacturer of custom-made cattle and swine vaccines, from Boehringer Ingelheim. Terms weren’t disclosed. Newport has about 100 employees who provide diagnostic testing and autogenous, or custom-made, vaccines for veterinarians and livestock producers. “Newport and Vaxxinova US (previously known as Epitopix) have complementary portfolios and similar company cultures,” said Vaxxinova CEO Victor van Solinge. “We are confident that our customers will benefit from this new combination.”