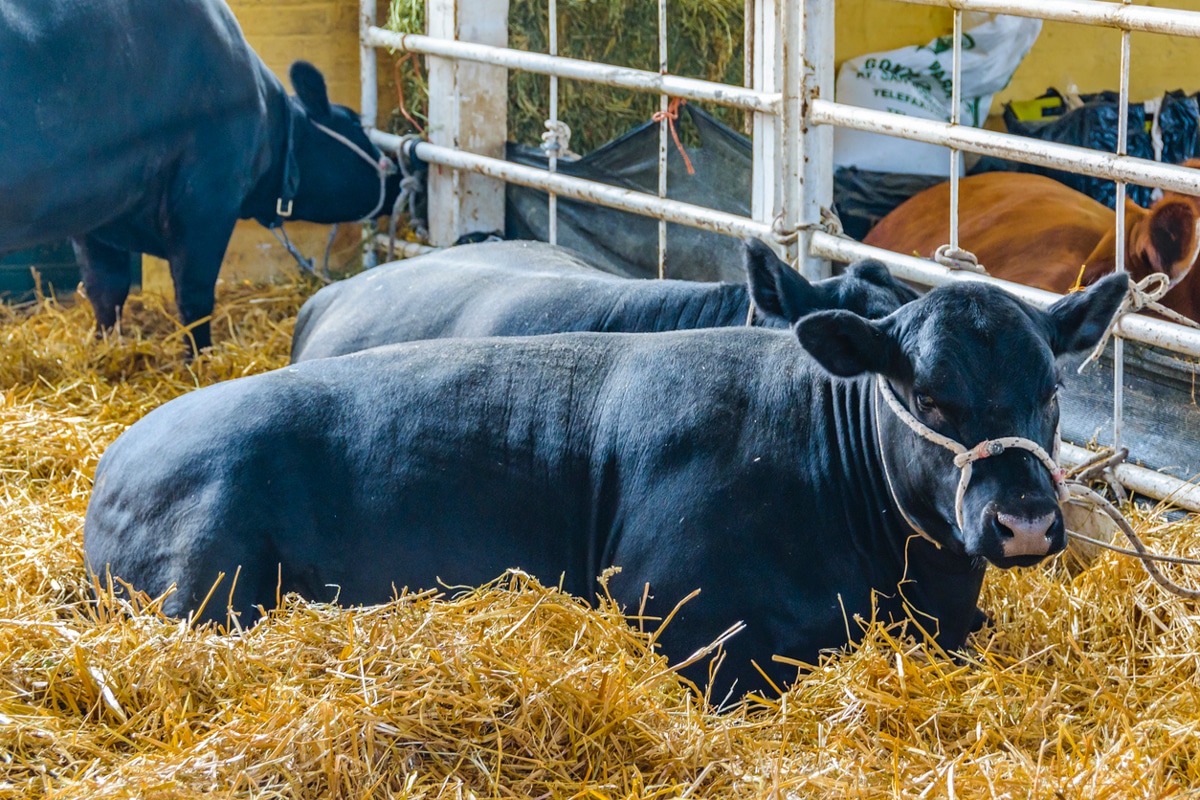 A new technology concept could help producers manage bovine respiratory disease. A team comprising a data scientist, a college student and two entrepreneurs developed the concept at the recent Forbes Under 30 Agtech+ Hackathon. Known as Tag-Ag, the technology involves a conceptual set of predictive models that could take data already routinely gathered by cattle ranchers and tracked using ear tags to identify cows at risk for BRD and to trace outbreaks. “By providing these insights, we can instill confidence in both big consumers such as McDonald’s or Walmart, and small consumers like you and me, that their meat is sourced from a healthy and sustainable operation,” said team member Natalie McCaffrey, an undergraduate at Washington & Lee University. Forbes reports.

Weaning is likely the most stressful time in a calf’s life, and helping them deal with it can benefit producers, according to a University of Kentucky extension beef specialist. It’s best to start the weaning process on the farm, through a strategy called fenceline weaning, said beef specialist Katie VanValin. This is when cows and calves are separated but can see and hear each other and have nose-to-nose contact. “Fenceline weaning can get cattle through the initial stress of being away from each other,” VanValin said. “It also limits the commingling and transportation stress and limits their exposure pathogens during this stressful time.” During weaning time on the farm, producers should encourage cattle to eat and offer a high-quality grass or legume-grass mixture hay for calves in dry lots, VanValin said. “If you feed supplements each day by hand, you’ll be able to visually assess each calf and take note of which ones are not coming to the bunk,” she said. More information is available from Feedstuffs.

Federal officials have indicted six more chicken industry executives over alleged price fixing, expanding antitrust prosecutions in its probe of the $65 billion poultry sector, according to court documents. This follows the Justice Department’s June indictment of now former Pilgrim’s Pride CEO Jayson Penn and three others in its first charges in the criminal probe involving broiler birds, which account for most U.S. chicken meat. Recently filed court documents show former Pilgrim’s Pride CEO William Lovette has been indicted. A sales executive was also indicted. Tyson in June said it was cooperating with the Justice Department’s investigation under a program that could protect the company from criminal prosecution, according to Reuters.

USDA is updating the National Poultry Improvement Plan to align with changes in the poultry industry and to incorporate new scientific information and technologies into the plan, the agency’s Animal and Plant Health Inspection Service announced. The updates, published in the Federal Register, are consistent with the recommendations approved by representatives from across the poultry industry at the 2018 NPIP Biennial Conference, APHIS said. The changes will take effect November 4. The update includes a new U.S. Newcastle disease clean program; updated regulations on indemnity and compensation for low pathogenic avian influenza; and an NPIP subpart specific to the game bird industry.

A proprietary feeding system, known as split-feeding, improves hatching rates and welfare, reduces feed costs and supports sustainability, according to Trouw Nutrition, the developer of the novel method. The system optimizes broiler breeders’ use of nutrients, thereby increasing the number of hatched eggs and chicks produced per hen, said Felipe Sanchez Fernandez, a researcher at Trouw. The method involves feeding twice a day: In the morning, hens get feed that delivers nutrition for energy, protein and phosphorus for egg-laying production. Afternoon feed meets the requirements for eggshell formation. More efficient intake can lead to a reduction in carbon dioxide of 10%, according to the company. Trouw also said this system could reduce feed cost 3% to 7% per chick hatched. FeedNavigator reports.

Climate change could render large swaths of agricultural land largely useless for farming in the southern United States, and it could force Midwestern farmers to move corn and soybeans elsewhere as crop yields decline, new research shows. The profits of growing six key crops are set to fall by almost a third by 2070, the research said, but losses could be reduced by shifting traditional crop heartlands, potentially reshaping distinctive regional landscapes and livelihoods, Reuters reports. “Our results show considerable potential from crop switching to avoid some of the damages from climate change,” said Naresh Devineni, coauthor of the paper. “However, the remaining losses imply that crop switching is not a panacea and that new seed varieties and new adaptation practices are needed to support farmers and meet the food demands of the future.”