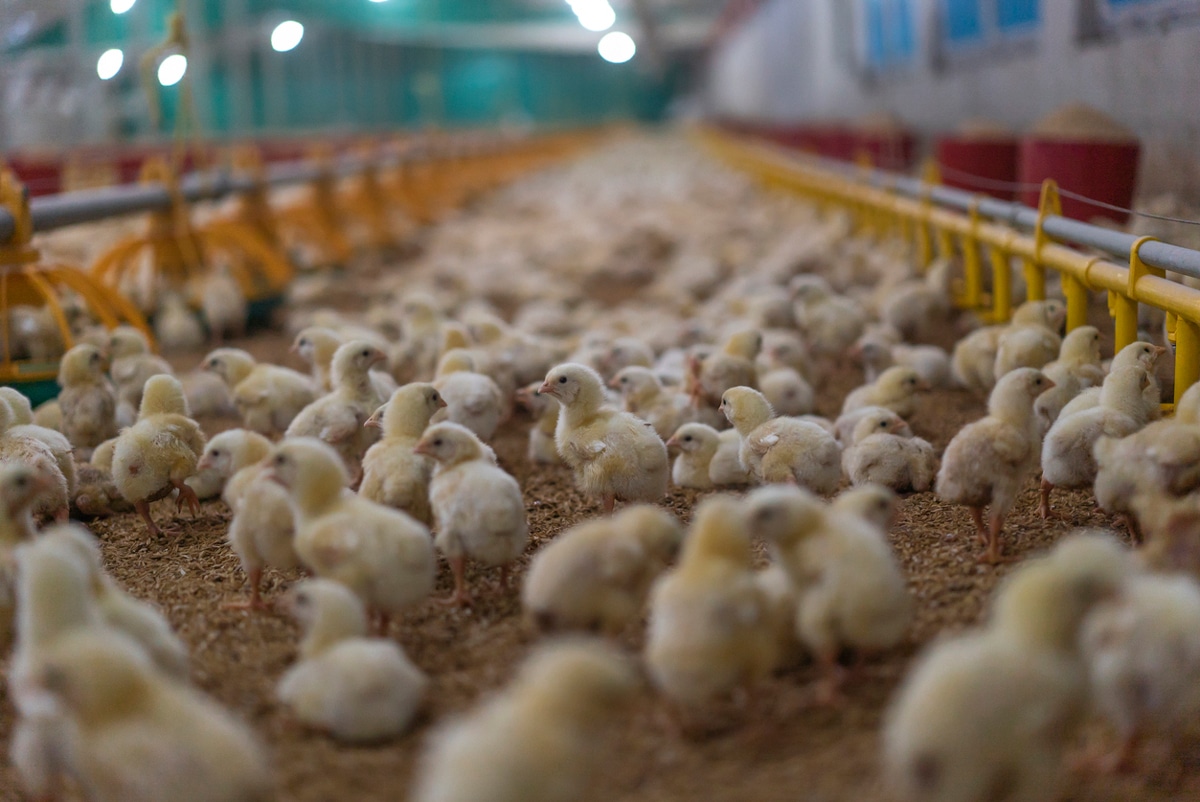 Two Texas chicken growers filed an antitrust lawsuit against five major poultry processors, the latest price-fixing claim in the poultry industry, Meat + Poultry reports. The complaint was filed in the U.S. District Court of Colorado on behalf of Marc and Karen McEntire, who say officials from Tyson Foods, Sanderson Farms, Pilgrim’s Pride, Perdue Foods and Koch Foods agreed to share data on grower compensation with one another going back to 2008. The plaintiffs claim they incurred $120,000 in debt to make improvements on their broiler operations that were required by Pilgrim’s Pride, their main client at the time. “Throughout their time providing broiler grow-out services, plaintiffs were barely able to make ends meet with the compensation provided by Pilgrim’s,” the lawsuit said.

Raising slower-growing broiler chickens means less efficiency for producers and potentially higher costs for consumers, but it would improve the welfare of millions of birds, according to a new study. The study, conducted by researchers at the University of Guelph, is the largest and most comprehensive study of broiler chicken welfare worldwide, according to the announcement. The researchers hope their findings will help poultry breeders and producers select traits associated with better welfare. This is a potentially costly move but one that may end up benefiting the industry by lending support for higher animal welfare standards and improved meat quality favored by consumers, said animal biosciences professor Tina Widowski.

USDA to give up to $14B in new farmer aid

USDA has released details of a second round of COVID-19 aid for farmers, which will pay up to $14 billion to growers of major crops like corn, soybeans and wheat, as well as livestock, dairy and tobacco, Reuters reports. The aid follows a $19 billion relief program announced in April to help farmers cope with disruptions to the food supply chain and a drop in demand during the pandemic. Less than $10 billion has been paid out to date. “We listened to feedback received from farmers, ranchers and agricultural organizations about the impact of the pandemic on our nations’ farms and ranches, and we developed a program to better meet the needs of those impacted,” Agriculture Secretary Sonny Perdue said in a statement.

The National Pork Producers Council urged Congress to fully fund foreign animal disease prevention programs, with a looming $630 million shortfall for agricultural inspections at the border, Feedstuffs reports. During NPPC’s recent Legislative Action Conference, members made a case for additional authorization, as well as for additional support in the aftermath of the pandemic. NPPC president Howard “AV” Roth said during a press call that the recent finding of African swine fever in a wild boar in Germany is an “ever-present reminder that the United States needs to remain vigilant to protect borders and ports from African swine fever and other animal diseases.” Germany has since found additional infections in wild boars.

USDA’s Animal and Plant Health Inspection Service is updating its import regulations to establish a system for classifying the brucellosis and bovine tuberculosis status levels for foreign regions. APHIS said it’s also outlining the requirements for animals from each status level to enter the United States. According to APHIS, these changes will help protect the U.S. herd against introduction of bovine TB and brucellosis via imported animals while facilitating safe trade of unaffected animals. The United States has made significant progress eradicating the two diseases, and cases are becoming increasingly rare, the agency said, noting that in recent years, most new TB cases identified in the United States have been in imported animals.

How contact tracing is used to fight disease outbreaks on farms

Contact tracing, a widely discussed public health strategy during the COVID-19 pandemic, has long been used as a disease control method in livestock production. “This is how we track if there is a disease outbreak,” said Michele Walsh, state veterinarian with the Maine Department of Agriculture, Conservation and Forestry. “You go to the animal you know is infected and ask its owner where it came from and did it mix with other animals along the way.” USDA requires any livestock or poultry moving across state lines for sale or for showing to have an official identification tag and a veterinarian-issued health certificate. If an animal that crosses state lines turns out to be sick, its tracing information is crucial. That’s also true even if it only moves within the state, one professor said. The Bangor Daily News reports.