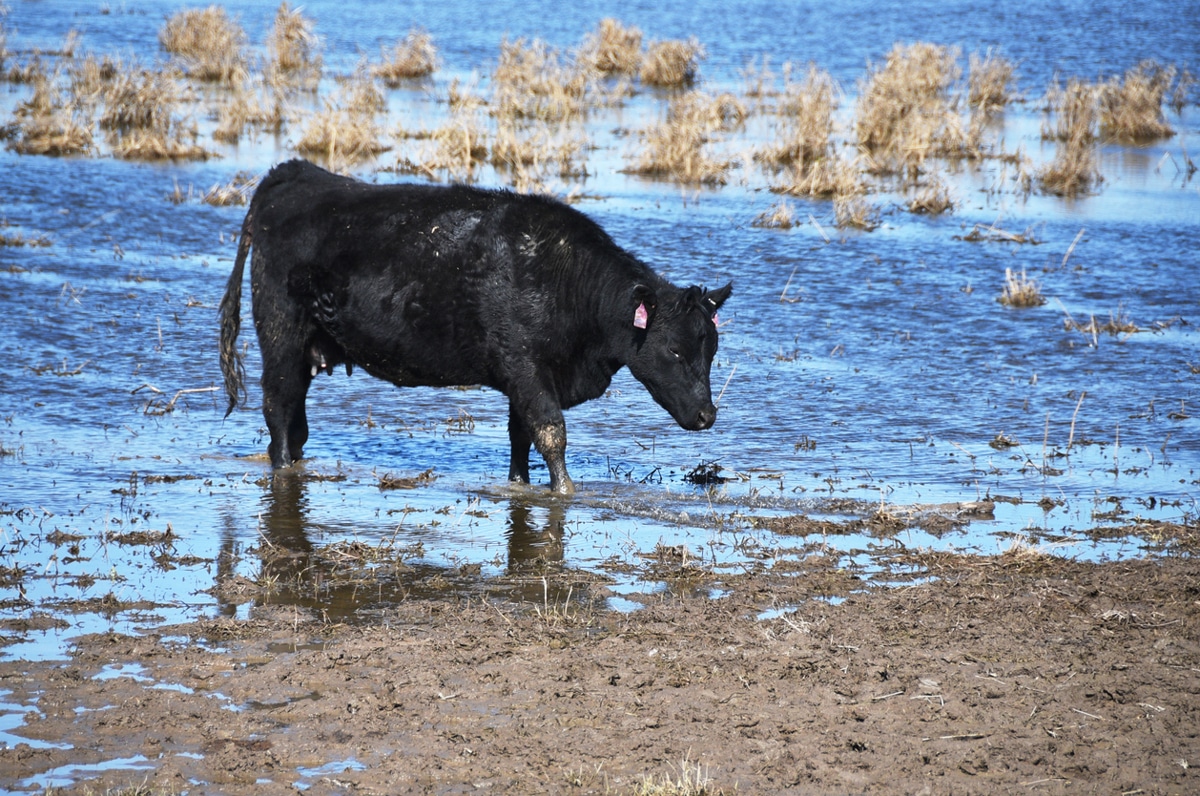 Cattle producers in southwest Louisiana parishes are facing challenges after Hurricane Laura damaged their land. Jimmy Meaux, LSU AgCenter agent in Calcasieu Parish, said hay and fencing donations have been arriving, but more is needed. Temporary pastures and corrals for cattle hauled from Cameron Parish are getting crowded. He said the rainfall has helped with watering cattle, but pumps for wells in pastures can’t be used since there’s no electricity. Additionally, Meaux said, fences have been damaged, meaning cattle have been getting out of pastures and creating road hazards. Farm Progress reports.

Farmer sentiment rebounds in August, according to Ag Barometer

Farmer sentiment saw a significant improvement in August, according to the latest Purdue University/CME Group Ag Economy Barometer. The index rose to 144, up 26 points from July. Both of the barometer’s sub-indices—the Index of Current Conditions and the Index of Future Expectations—also recorded substantial increases. These were the most positive readings since February, when the barometer saw record highs prior to the pandemic, according to the announcement. “With a positive crop production outlook, rebounding commodity prices and news of additional export sales to China, producers were much more optimistic about the future for the U.S. agricultural economy,” said James Mintert, the barometer’s principal investigator.

Some programs are seeing success as they try to funnel veterinary students into rural and livestock practices, and those models could be adopted nationwide, experts say. They say USDA’s Veterinary Medicine Loan Repayment Program is successful. That program provides up to $75,000 toward educational debt in exchange for three years of service in any of the 190 USDA-designated shortage areas nationwide. Some states have tried similar programs. Some experts believe telehealth is promising, and veterinary nurses can help meet demand for care in rural areas. Some veterinary hospitals have set up mobile clinics too. Several outreach and recruitment efforts could also help. The Capital Press reports.

Farm income to hit 7-year high thanks to federal aid

Farm income this year is predicted to be the highest in seven years, thanks to what USDA estimates to be the largest package of federal assistance ever, Successful Farming reports. The estimated $37 billion in government support comes largely through programs meant to mitigate the impacts of the pandemic. If USDA’s estimate proves true, federal payments would be 36% of net farm income this year, its highest share since 41% in 2001. USDA economists said income would rise to $102.7 billion this year, up nearly 23% from last year.

Precision feeding offers several potential benefits for swine producers, potentially reducing feed costs while cutting environmental impacts and improving animal welfare, according to new research. Current feeding practices are based on average animal requirements and can result in underfeeding or overfeeding, causing nutrient waste. Precision feeding can deliver the right diet to each individual animal at the right time, reducing waste and feed costs, according to Charlotte Gaillard, a researcher at the French National Research Institute for Agriculture and the lead author on the study. According to Gaillard, precision feeding could reduce nitrogen intake by 11% and phosphorus intake by 13.8% for gestating sows. Tailored delivery could reduce the excretion of both nutrients by 16.7% and 15.4% respectively, reducing swine operations’ environmental footprint. Feed Strategy reports.

Dairy Farmers of America announced a commitment to reduce direct and value chain greenhouse gas emissions 30% by 2030, from a base year of 2018. According to the announcement, the cooperative’s goal supports the goals of the Paris Agreement, and aligns with the work of the Innovation Center for U.S. Dairy, which advocates for the U.S. dairy industry to become carbon neutral or better by 2050. Strategies to achieve DFA’s target include mitigating methane emissions from cows by supporting advances in feed efficiency; using renewable energy; and using anaerobic digesters, among other things.