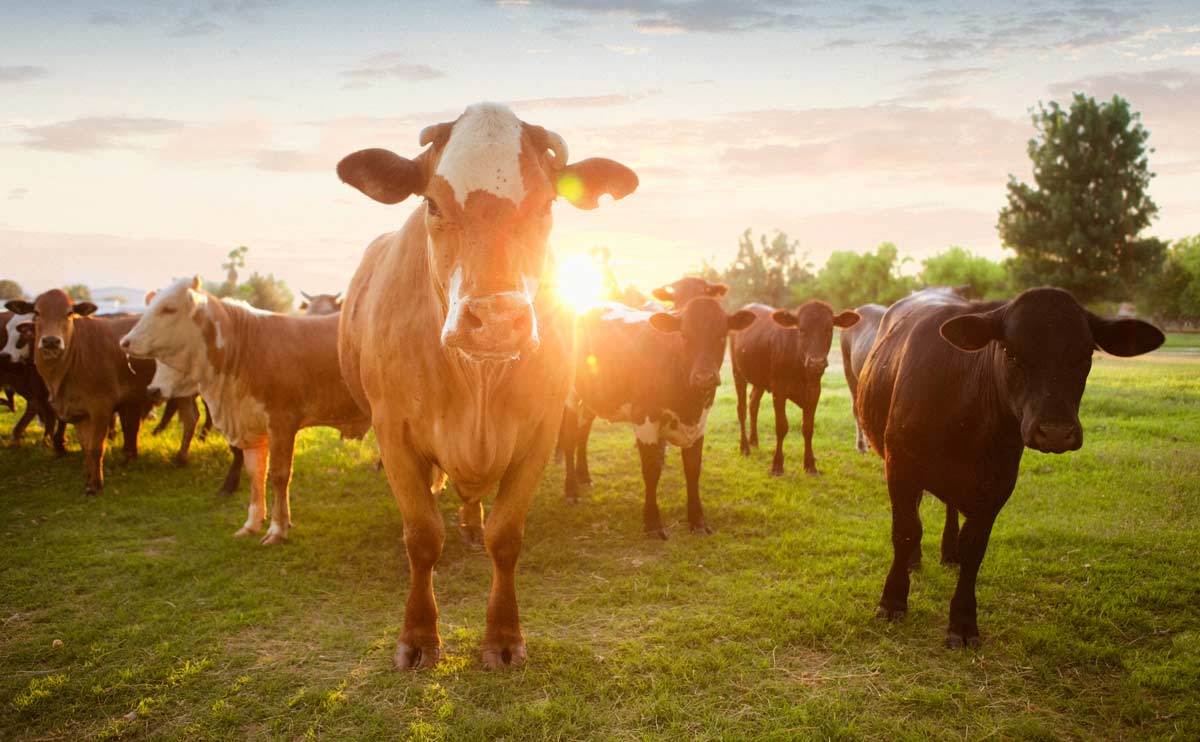 With unpredictable market conditions, dairy producers are certainly feeling stressed this year. However, letting their cattle feel stress is avoidable. Summer is prime time to focus on avoiding heat stress and ensuring cows are producing and performing to their potential.

Fortunately, there are easy and inexpensive management changes to reduce stress and maintain performance.

“Cattle are fermenting feed constantly,” he said. “Add on top of that the environmental humidity, then the stress can be pretty extreme for the animal.”

Stress occurs when both the temperature and humidity reach a point where the animal can no longer effectively dissipate the heat. This point can change for different age groups of cattle or stages of production. For example, a lactating dairy cow will feel stress at a Temperature-Humidity Index (THI) of 68. However, the threshold is higher for young calves, beef cattle, or non-lactating dairy cattle.

The peak daytime temperature is not the only factor. The nighttime temperature must be considered as well, said Andrew L. Skidmore DVM, Ph.D., technical services – ruminants at Lallemand Animal Nutrition.

“If you live in an area where the cows can dissipate that heat at night and tolerate it during the day, the stress will be much less severe,” Skidmore said. “In Northern states, it’s not unusual for temperatures to get to 60 degrees or below at night in the summertime. Then, heat stress is minimized. In states like Florida, their nighttime temperatures get down to 75 degrees. There’s less opportunity for the cows to cool without fans or sprinklers.”

Once the heat stress threshold is passed, producers will start to see changes in the herd’s eating and drinking behavior.

“Visually, farmers are going to see a decrease in feed intake,” Janssen said. “Eating just adds fuel to the fire. Fermentation creates more heat, so animals eat less to reduce their heat load. Once feed intake goes down, milk production losses will follow soon after. The fewer nutrients they’re taking in, the less milk they are going to be able to produce.”

“Cows don’t conceive well in the heat,” Skidmore said. “There are also increases in metabolic problems. When calves are born to heat-stressed cows, then those calves don’t perform as well during their entire lifetime. So, you’ll see lower-performing offspring as well.”

The effects of heat stress may be serious, but counteractive measures can actually be inexpensive and include:

If possible, producers should lower the stocking density of each pen. It reduces the amount of heat present. Access to clean feed and water is important as well, but producers should also pay attention to the recharge rate of waterers.

For other adjustments, the highest priority areas are the holding area going into the milking parlor and the parlor itself,” Skidmore said. “Because of the dense population of cows, there’s a lot of heat being generated and no good way to dissipate the heat.”

Adding sprinklers or fans alone won’t help dissipate the heat. The sprinkler system must be designed and calibrated correctly to ensure the right size droplets are being produced. Otherwise, fine water droplets can act as a blanket on the cow – defeating the purpose of the strategy, Skidmore warns.

Producers must consider wastewater management when adding sprinklers. Every gallon of manure costs two cents to haul off the farm, Janssen said.

One of the most cost-effective changes producers can make is to the ration.

“Adding electrolytes is a small change that doesn’t require major capital investment,” Janssen said. “Cattle lose sodium and other electrolytes as they sweat and drool, and they lose some buffering ability when they pant. Giving an extra level of those key electrolytes is needed during heat stress. When the fluid is balanced at the cellular level, cows perform better.”

An active dry yeast probiotic can also be added during periods of heat stress to help maintain rumen function. When the rumen environment is hot, fibrolytic bacteria – or the fiber digestors in the rumen – can be lost. Certain types of yeast can encourage those bacteria, which can contribute to stable pH levels and rumination rates.

“At a feeding rate of 20 billion CFU per cow per day, there is good data that probiotic active dry yeast helps maintain the pH of the rumen and maintain its capacity for fiber digestibility, which results in increased milk yields,” Skidmore explained. “In many cases, this is mitigating the losses when cows are under heat stress.”

Avoiding the losses from heat stress can make economic sense – even when accounting for depressed milk prices, Janssen advised.

“If you just cut all costs possible and allow animals to take the full brunt of heat stress, their milk performance and reproductive performance will fall,” he said. “Then, you’re just robbing Peter to pay Paul and giving up on the future performance of the animals.”