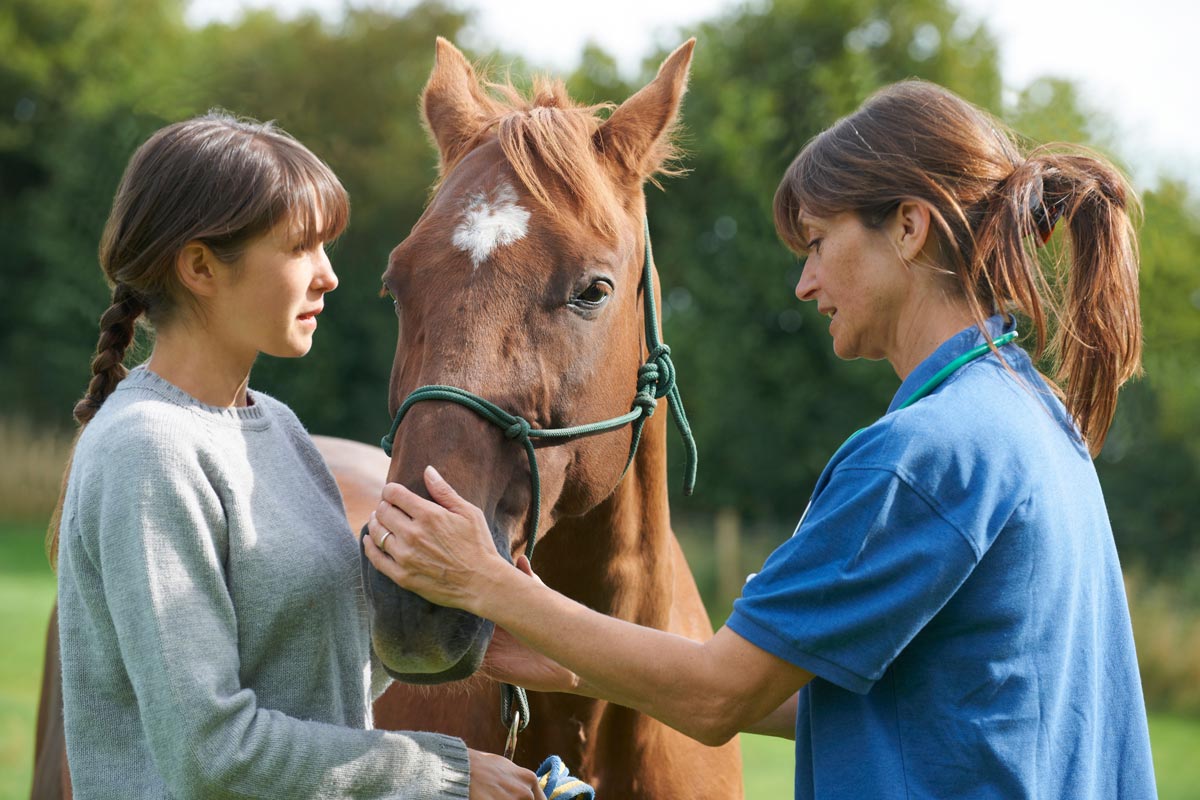 Care of the Senior Horse – PPID

Looking at PPID diagnosis and treatment

One of the most common diseases in senior horses is Equine Cushings Disease, or what is referred to now as Equine Pituitary Pars Intermedia Dysfunction (PPID). The disease results in an overactive pituitary gland. It’s generally not a fatal disease on its own, but horses with PPID are more susceptible to infections and long-term effects like laminitis. Typically thought of as a disease only found in senior horses (ages 15 years and older), PPID can be diagnosed earlier, and earlier recognition results in better care.

Sarah M Reuss, VMD, DACVIM, is the equine technical manager for Boehringer Ingelheim Animal Health. She has served as a practicing veterinarian, and as a consultant and faculty member in veterinary internal medicine. She shares more about signs, diagnosis, and treatment of PPID.

“It’s one of those diseases we’re starting to recognize more and more even in 12-, 13-, 14-year-old horses,” Reuss said. “They don’t necessarily have to be ancient to have PPID. Often in the younger subset, a lot of what we would see are changes in their muscling and changes in their athletic performance. They lose their topline a little bit. We’ll start to see some changes in their hair coat. Sometimes they may have changes in sweating – either they’re sweating a lot more than they used to or they’re not sweating at all. If they’re in the South, they can become non-sweaters. We’ll start to see those things.”

Reuss goes on to explain that in the older horse population if the disease is not recognized until it’s more progressed, the long hairy coat is a common sign seen by horse owners and veterinarians.

“They don’t shed out normally as they have in the past,” Reuss said. “They have that potbellied appearance and will lose their topline or may have some kind of abnormal fat distribution. The worst-case scenario is where we start to see laminitis. You’ll have some that seem to drink and urinate more than normal as well, or they’ll have a little bit of a behavior change where they just kind of seem a little bit dumpy.

“It’s kind of like that lesson pony that used to buck everyone off is now a little bit more docile than it used to be,” she added.

There are two blood tests for diagnosing PPID.

“The easiest one is a single blood draw and it’s just measuring what we call ACTH, so it’s measuring a specific hormone,” Reuss said. “There are some seasonal changes in it, so we have to pay attention to what time of year we’re doing that test.”

In general, especially in older horses, Reuss said that’s usually all that is needed to diagnosis the disease.

“If we have a horse that we really think has PPID, and we do that baseline ACTH and it’s normal, there’s what we call a TRH stimulation test that we can do,” Reuss explained. “We actually give the horse TRH, then measure its ACTH, and in some cases that is more sensitive than just a single ACTH alone.”

Once a horse has been diagnosed, treatment options include the only FDA approved drug, pergolide, which is trademarked and sold under the name Prascend®.

“It’s a pill, so it’s given orally,” Reuss said. “Every horse owner has different ways to get it into their horse. Some will just eat it if you just throw it in with their grain. Other ones you have to hide it in a treat, or in a carrot, or in marshmallows. People do all sorts of interesting things, but it’s an oral pill that they take once a day.”

In layman’s terms, PPID occurs when the pituitary gland, located at the base of the brain, becomes enlarged and secretes too much hormone.

“What pergolide does is dials down or inhibits that portion of the gland so that it’s not over-secreting the hormones,” Reuss said. “Because it’s the only FDA-approved drug, veterinarians recommend it as a first-line option for horses with PPID. The dosing may change depending on the horse. Some animals might need a higher or lower dose, but in general, this would be the drug of choice”

In addition, management and horse care are especially important for the PPID horse.