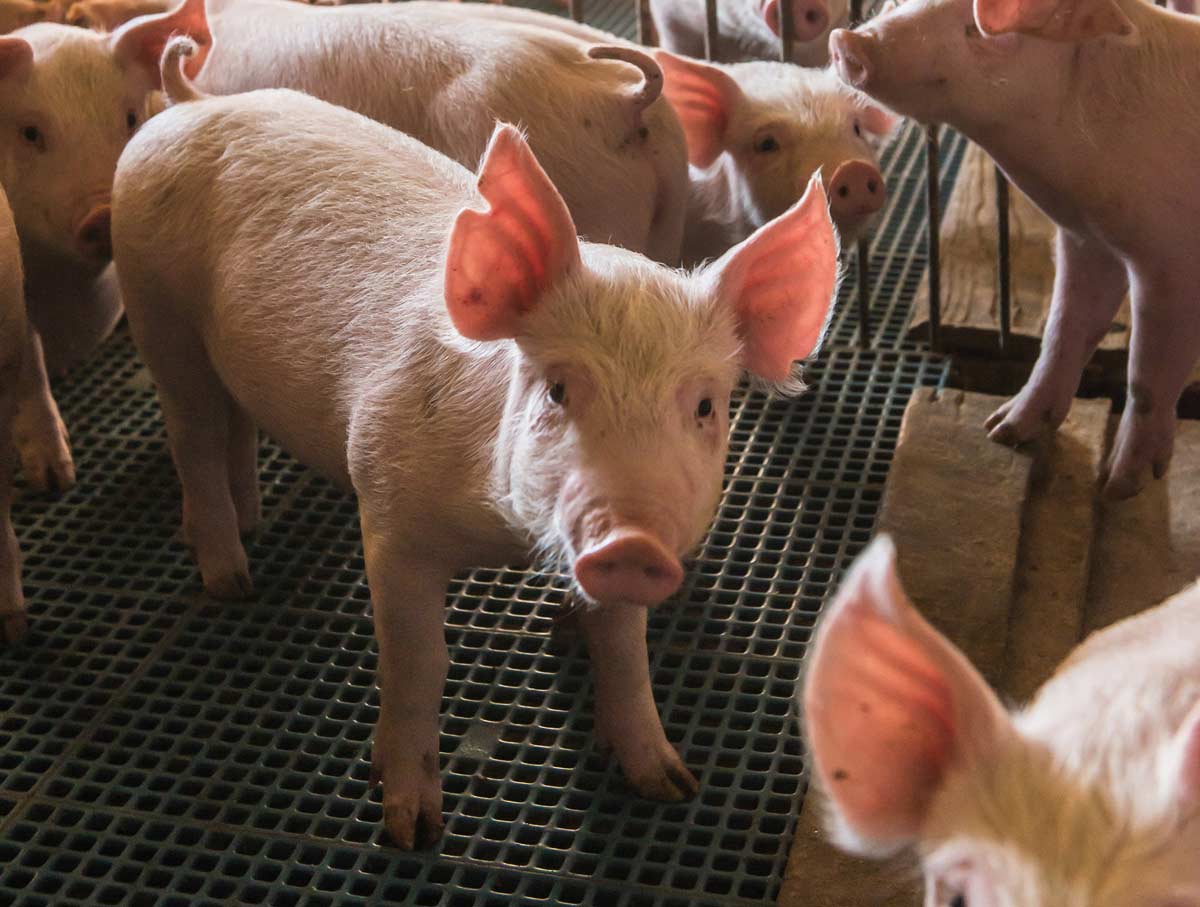 The Swine Health Information Center (SHIC) noted a significant increase in diagnoses of coccidiosis in 2020. While the disease isn’t new, refocusing efforts can help producers prevent and treat it – even though options are limited.

Coccidiosis is a disease caused by protozoa. It’s been a persistent cause of scours since confinement operations became commonplace in the 1970s. Coccidiosis can be a significant issue in hog farms, even though it has a low mortality rate.

It commonly affects pigs between seven and 14 days old but can be complicated with other enteric diseases.

“Historically, in my experience, whenever I’ve seen coccidia on a farm, it’s been an indicator of poor management, and there’s some explanation for it – not using hot water, not disinfecting at the correct dilution, etc.,” said Amber Stricker, DVM, Suidae Health & Production. “In the past five years, I’m seeing more of it on well-managed farms without a lot of explanation behind it.”

Producers may suspect they have a coccidiosis problem when young pigs begin to experience pasty white-to-yellow/gray diarrhea during the hotter months of the year. However, a number of diseases share such clinical signs. Making a firm diagnosis is critical to implementing treatment and sanitation protocols, recommended Jeremy Pittman, DVM, Smithfield North Region.

“We would frequently strike out on that diagnostic workup – collecting intestinal tissue from a few acutely scouring pigs – we just didn’t have enough numbers to always catch it. One of our requirements is that we had to have a positive diagnosis to confirm treatment or initiate extra sanitation protocols,” Pittman said. “We moved to pooled fecal samples, trying to collect enough samples that we could identify those oocysts. We would target litters with a three-to five-day history of scours. The diarrhea actually starts before the shedding of oocysts.”

The protozoa can shed transiently, which makes diagnosis a challenge. In addition, diagnosis of coccidiosis can’t be done with a typical fecal swab, it requires collecting a volume of feces.

Getting creative with treatment

A surprising number of pigs recover on their own after three to five days post-weaning, Stricker said.

“In my experience, I’ve seen pretty high morbidity, up to 90% , but low mortality,” she noted. “Very few cases have I had pigs actually die from it. We do see stunted growth with some pigs becoming unthrifty with lower wean weights.”

There is research that showed pigs weaned from Cystoisospora suis (previously Isospora suis)-positive litters weighed on average three pounds less than their negative cohorts at 8 weeks of age.

When treatment is needed, the options are limited. A common treatment is ponazuril paste, which is approved for use in horses. Swine veterinarians have found this can be an effective treatment for pigs with coccidiosis when given at a rate of about 19 mg orally per pig and observing the appropriate withdrawal time.

Ponazuril does not eliminate the cause of disease, but it can help improve pig health. In Stricker’s experience, the best clinical outcomes are seen when Ponazuril is administered around 3 days of age prior to the onset of clinical disease.

The treatment can cost 20 to 30 cents a weaned pig. In a cost-sensitive operation, it can be difficult to implement treatment strategies. Comparisons between ponazuril-treated pigs and untreated groups show about one pound a pig difference, Pittman said.

“Coccidiosis has been an intermittent issue,” Pittman said. “It’s difficult to spend quality time trying to understand the disease when you have so many other fires to fight. The recent interest in coccidiosis for us has been focused around the importance of weaning weight. Also, there’s a large move to wean-to-finish where weight of the weaned pig at placement is highly correlated to success, growth and survivability of that pig. More recently, the lack of availability of treatment options has really brought this back to the forefront of concern.”

Effective cleaning and sanitation can help control coccidiosis by limiting the growth of the organisms.

Flooring type in barns can contribute to the persistence of disease. Any floor or surface that allows for nooks and crannies can be difficult to thoroughly clean – for the elimination of protozoa but also bacteria and viruses.

Barns experiencing a coccidiosis outbreak should review biosecurity and sanitation protocols. Effective sanitation helps reduce the level of coccidia oocysts left in the environment, but those that remain are resistant to the detergents and common disinfectants available in the United States. Undiluted bleach is one option for adequately sanitizing the environment. In Europe, there are commercial disinfectants that are effective against protozoa, but they are not available at this time.

“There’s a lot of data internationally, but not a lot in the United States, about what the cost of coccidiosis actually is, both in mortality and, more importantly weight gain. It’s important for the industry so that we can recognize the impact, and drive funds for updated research that needs to be done and provide companies with potential market share for bringing products to market. We need effective alternative therapy and sanitation options.”

Watch the full webinar sponsored by the American Association of Swine Veterinarians and the Swine Health Information Center at Iowa State University College of Veterinary Medicine.