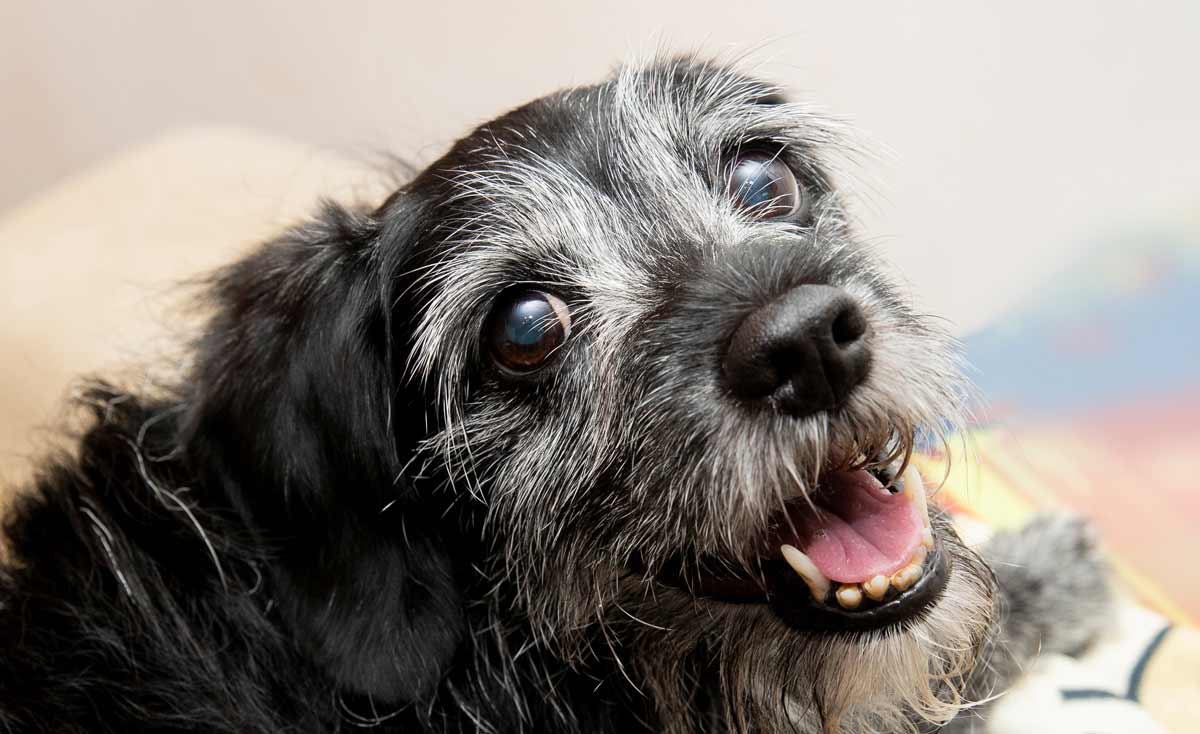 Dog Aging Project: One for the Ages

An ambitious study, the Dog Aging Project, is hoping to unlock the keys to better health for pets as they age.

“Calling all dogs!” the outreach letter reads. “We’re hoping you might consider enrolling your dog in our project.”

The grassroots roll call is for the Dog Aging Project, what the founders and scientists are calling the largest canine health study in the world, one they hope will mean big advances in health and wellness – not just for dogs, but humans as well.

Why dogs? Because researchers believe dogs are a great model for studying aging. While dogs age more rapidly than humans, they get many of the same diseases of aging, have a healthcare system similar to human healthcare, and live in the same environments that we do. “By studying aging in dogs, we are not only expanding our knowledge of aging in our pets but also in people,” said Sarah Schmid, DVM, DACVIM (SAIM), and researcher on the project.

The Dog Aging Project was officially born in 2014 with the goal of understanding how genes, lifestyle, and environment influence aging, but its origins go back further. In 2007 at the University of Georgia, Dr. Daniel Promislow, who had been studying the biology of aging for 20 years, and Dr. Katie Creevy, a veterinary internist, began investigating the cause of death among companion dogs. “It became clear that studying aging in dogs had the potential to not only advance veterinary medicine but also our basic understanding of aging across many species,” said Schmid. These initial studies laid the early foundation for the Dog Aging Project.

In 2013, Dr. Promislow started working at the University of Washington in the same department as Dr. Matt Kaeberlein, founding director of the Healthy Aging and Longevity Research Institute. Shortly after, Dr. Promislow, Dr. Creevy, and Dr. Kaeberlein collaborated to obtain a grant from the NIH National Institute on Aging to develop a long-term, longitudinal study (following participants over time) of aging in companion dogs.

The Dog Aging Project will follow dogs over 10 years to identify how genes, lifestyle, and environment impact aging. “Not only will we be looking at how these factors influence lifespan, but we will also see how they influence a dog’s healthspan (the period of a dog’s life where they are healthy),” said Kiersten Forsyth, DVM. “By learning how diet, exercise, environment, and other lifestyle factors affect overall health and age-related diseases, we will have a better ability to prevent, diagnose, and treat those age-related diseases. This will hopefully lead to better preventative care as well as better treatments when age-related diseases occur in today’s pets.”

Dogs of all ages, breeds, and health conditions are welcome to join, and anyone is welcome to nominate their dog (including Veterinary Advantage readers). “We are just as happy to have young puppies joining the pack as we are our senior dogs!” said Forsyth. “Aging is a process that occurs throughout their whole lives, so following young dogs as they get older is very beneficial even if they may be too young to qualify for certain studies.” Researchers are especially interested in the following:

After enrolling their dog, each owner completes the Health and Life Experience Survey, which takes 2-3 hours and collects information about diet, activity, behavior, home environment, health history, and more. All canine participants continue to live and play at home with their families.

The Dog Aging Project strives to maintain lifelong relationships with dogs enrolled in the study. So far, the researchers have nearly 30,000 dogs in their “pack.” As of the spring, nearly 15,000 participants had uploaded records, making them eligible for additional studies, which include genetic analyses, the collection of biological samples for metabolic studies, and participation in a clinical trial of the drug rapamycin. Participants whose dogs are members of the pack have access to a private, online forum for participants called the Dog Park, where they can interact with each other and have insider access to the research team.

Benefits of the study

The Dog Aging Project is unique in that it engages the general public to nominate their dogs. Interacting with the dog owner community allows researchers to gain insight into the human-animal bond while investigating aging in companion dogs.

A longitudinal study of canine aging to this magnitude has never been done before, according to the researchers. “That is what makes it so exciting!” said Schmid. Researchers believe the benefits of the study will be far-reaching, including how veterinarians deliver care to aging pets. “Veterinarians provide health care throughout a pet’s life,” said Schmid. “By studying dogs over the course of their lifespan, the Dog Aging Project will help us better determine how diet, exercise, environment, and genetics influence health and age-related diseases. This information will allow veterinarians to practice evidence-based medicine to provide the best possible care to our companion animals.”

There is so much that is still unknown about aging in dogs, especially as companion dogs live longer than ever before. The Dog Aging Project has varying levels of involvement that community scientists can participate in when they enroll their dogs in the study.

“This varies from providing yearly survey results about their dog’s health and lifestyle to participating in specific studies like the Test of Rapamycin in Aging Dogs (TRIAD) which involve diagnostic testing to assess how rapamycin affects aging,” researchers said. “By gathering all this information through surveys and laboratory testing, we are creating a bank of data that can then be used as a resource for future research to learn even more about the aging process.”

Meet two of the researchers 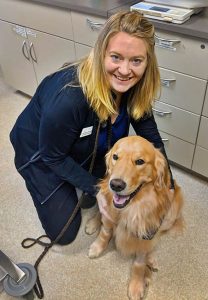 Sarah is a research fellow with the DAP. Her primary role is with Project 1 and studies evaluating inflammation, mobility, and morphometrics. As a concurrent clinical instructor of small animal internal medicine at the University of Wisconsin-Madison, Sarah brings her expertise in clinical medicine to aid in the review of medical records, provide veterinary support to participants, and provide a clinical perspective to the scientific research being conducted. 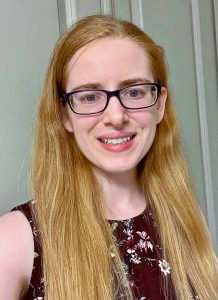 Kiersten is a postdoctoral research fellow in the Department of Small Animal Clinical Sciences at Texas A&M University. She has completed an internship in small animal medicine and surgery in Seattle, Washington, as well as a cardiology specialty internship in Bonita Springs, Florida. Prior to joining the DAP, she worked as an ER veterinarian. With this experience, Kiersten will contribute to the DAP through TRIAD and the DAP communications team.

Though the full results won’t be available for several years, some results are already yielding insights into areas where further study is needed. For instance, in a recent study, researchers investigated the effects of rapamycin, a medication that has been shown to increase lifespan and health span in laboratory mice, on middle-aged companion dogs. Researchers found that the dogs who received rapamycin had improved measures of heart function, compared to those that received placebo. Furthermore, no side effects were seen. Based on these preliminary results, researchers have launched the Test of Rapamycin in Aging Dogs (TRIAD) study to investigate the effects of rapamycin (given for 1 year with dogs being followed for an additional 2 years) in a larger population of dogs. They are currently recruiting dogs for the TRIAD study.