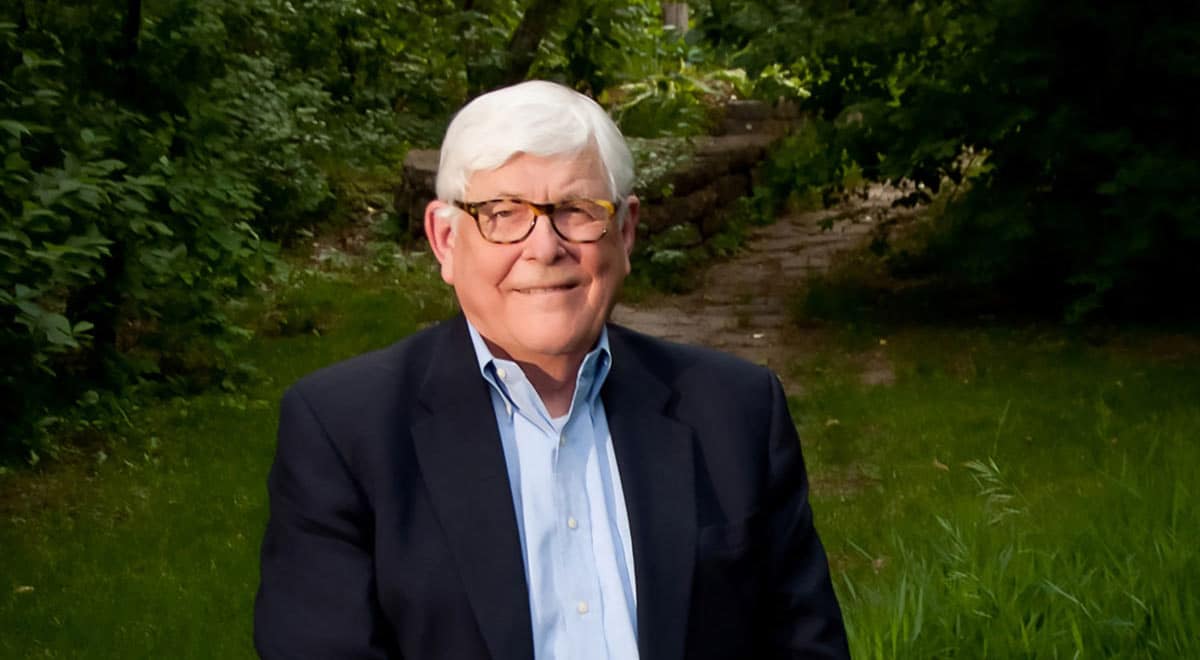 Dr. Bob Hummel was a visionary in animal health distribution.

In the 1960s, as Bob Hummel developed relationships with cattle feed yard producers, consultants, and veterinarians while working as a salesman for American Cyanamid Company, an idea began to form in his mind.

Hummel saw that Colorado, Nebraska, Kansas, Texas, Oklahoma, and eastern New Mexico (the cattle belt) had a large advantage over California and Arizona in terms of the cost of feed for cattle. “The cost of grain, particularly corn, in these states was substantially less than the West Coast,” he wrote in an acceptance speech for the Cattle Feeders Hall of Fame Industry Leadership Award. “Land, labor, taxes, and regulations were also more favorable in the Midwest. You could see that there was going to be a lot of growth in the states listed above, and I wanted to participate in that growth.”

That vision was part of the spark that would lead to creating one of the largest animal health product distributors in the United States. While Hummel created a reputation – justifiably so – as a hard-charging, innovative businessman, he was also compassionate, thoughtful, and engaged in his employees’ lives.

After graduating from The Ohio State University, Hummel began his career in 1961 as a technical service veterinarian with American Cyanamid Company. His job was to educate Cyanamid’s sales force and the distributor’s sales force on the features and benefits of Cyanamid animal health and feed additive products. After three years, Hummel asked to be transferred to sales. He was given a job as a technical salesman based in Los Angeles, calling on cattle feedlots in California, Arizona, and New Mexico. He also called on several cattle feed yard nutritional consultants and developed relationships with a few key feedlot veterinarians. 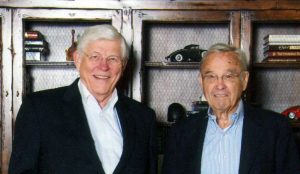 Hummel met and worked with Jim Loughlin of the William. C. Loughlin Company, who was the exclusive distributor of Aureomycin and Aureo S 700 feed additives on the West Coast. Hummel also met Willard Wall of Walco International, the largest animal health distributor on the West Coast. After two and a half years learning as much as possible about the cattle feeding business, Hummel said he began to develop a strong desire to be an animal health and feed additive distributor in the Midwest.

“Bob saw an opportunity,” said Chub Klein, who began working for Hummel in 1979. Klein is currently High Plains region president at Animal Health International, Inc. “He kept telling everybody that there was an opportunity to be able to work with veterinarians and producers in the central part of the United States.”

In 1967, Hummel and his partner, Jim Loughlin, cofounded Great Plains Chemical Company, Inc. in Greeley, Colorado. They later changed the name to Lextron, Inc., which became one of the largest animal health product distributors in the U.S., emphasizing the beef industry.

When it comes to animal health distribution, Hummel was “one of the founders of the industry,” said Kevin Pohlman, president, Patterson Companies Animal Health. “But more than that, he helped manufacturers understand that distributors were much more than just a logistical function, that we could generate demand in terms of our sales force. We provided a lot of services and solutions and technologies that contributed to the efficiency and effectiveness of businesses to help them help folks run their business more effectively. He was a pioneer in that regard. Distribution was more than just picking, packing, and shipping products.”

Animal Health International grew into much more than just distribution when Hummel realized he needed to differentiate himself from others. He needed to invest in his customer base to ensure their sustainability, said Klein. So, in the early 1980s, he went to work resolving those concerns by investing in and developing technology. This technology could be utilized by the feeding industry, allowing them a fast, accurate way of tracking animals throughout the feeding period and keeping track of their health and feed requirements. The Micro Machine division was developed and now encompasses mill management, grain conditioners, feed truck management, flake monitoring systems, and the overall control and management of macros and micros utilized in feeding cattle today.

Hummel later acquired Turnkey out of Amarillo, Texas, a feed yard software company, and Advanced Livestock Tracker, a Nebraska-based software company. He further developed the in-house feed yard accounting system, FY 3000. He also even invested heavily in PCC, a company that allowed feed yards to compare themselves against their peers back in the early 1990s. “This accumulation of technology now supports a large percentage of the cattle on feed in the U.S. today,” Klein said. “Others soon followed with their technology offerings, helping to stimulate continued growth within this segment of the industry.”

Hummel loved numbers and knew the financials of each of his companies intimately, said Kevin Speltz, president of Clipper Distributing. This attention to detail allowed him to diversify into individual segments of Animal Health via expansion or acquisitions. This encouraged each company or division to customize their product offerings and services to benefit customers’ specific needs at the feedlot, dairy, swine integrator, dealer, veterinarian, and retail markets. “Dr. Hummel was a skilled negotiator who relished the opportunity to challenge vendors for additional pricing discounts or rebates as he always focused on maximizing profitability,” Speltz said. “While he could be tough and intimidating at times, he respected people that would stand up to him and be willing to challenge his viewpoints.”

Hummel was adept at understanding where the business and industry were going in the future. He made several acquisitions of small companies throughout the years to expand servicing the hog, dairy, farm stores, and companion animal veterinarians. “He would go around and buy businesses, and then he would send in the firefighters like myself,” said Klein. “Our job was to acclimate them, bring the culture in, get them on board and get them turned around. We did a lot of that.”

Pohlman said Hummel was very intuitive. “Bob could see where the business was going and where it was heading long before many other people could,” he said. “He knew the value of distribution, but he also knew that in distribution, you have to get critical mass to be successful. So, he was very active in acquiring other businesses.”

In 1989, Hummel helped start Phoenix Scientific to manufacture generic drugs with three other distributors and Wes Remington, becoming one of the largest manufacturers of generic veterinary drugs in the country for a few years.

“Dr. Hummel was never bashful about ‘giving credit where credit is due,’ and he would often state that ‘his team got this company to where it is today,’” Klein said in his remarks about Hummel for the Cattle Feeders Hall of Fame Industry Leadership Award. “He would constantly remind us with one of his favorite sayings: ‘The customer always votes last.’ He often stated, ‘I am just the janitor around here.’ However, he has always been the inspiration and driving force behind the company. Bob’s knowledge of the livestock industry and the world of business through feeding cattle and dealing directly with his customer base has taught many young men and women how to survive and grow in this industry.”

Taking care of others

Hummel was aware of his reputation as a fierce competitor within the industry, but he was also incredibly compassionate. For instance, when Pohlman began to work for Lextron in 2001, he had not secured a place to live. His family had yet to relocate from Ohio, so Pohlman went from hotel to hotel after a day full of sales calls. During a business review, Hummel asked Pohlman where he was living. “He was upset because no one took the initiative to give me a place to live,” Pohlman said. “So that day, he made sure I had an apartment that the company paid for and took care of it.”

After Hummel sold his business, he started the Hummel Family Foundation to provide scholarships for kids who didn’t have the means to fund their own educational pursuits.

“He was very adamant about the importance of getting as much education as you could to better your life,” Hummel’s son Rob said. Hummel Family Foundation makes annual scholarship donations to several schools, including:

Since 2015 when the foundation started, more than 400 students have received scholarships.

Rob Hummel said establishing a work ethic was always important to his father, and he wanted to instill that tenant within the scholarship program. “When I was young, he would always say, ‘I may not be the smartest guy, but I will outwork anybody, anywhere.’ He worked really, really hard for a long, long time to get to where he was.” One of the requirements of receiving the scholarship is that the recipient helps pay for some of it by working, either a summer job or internship, to invest in their own education.

Locally, Hummel supported charities and organizations such as the symphony, the Boys and Girls Club, the Boy Scouts, and PBS television, according to Marcee (McLain) Gustafson, who worked as Hummel’s administrative assistant for nine years. “This last year, during the pandemic, while hunkered down at home, he texted me three different times to send money to the Fort Collins Food Bank and the Greeley (Weld County) Food Bank. He never forgot Greeley. The need was so great, and he saw something on TV and just answered the call.

“He definitely ‘left his mark’ on this world,” Gustafson continued. “And with the Hummel Family Foundation, he continues to make a difference in many, many lives.”