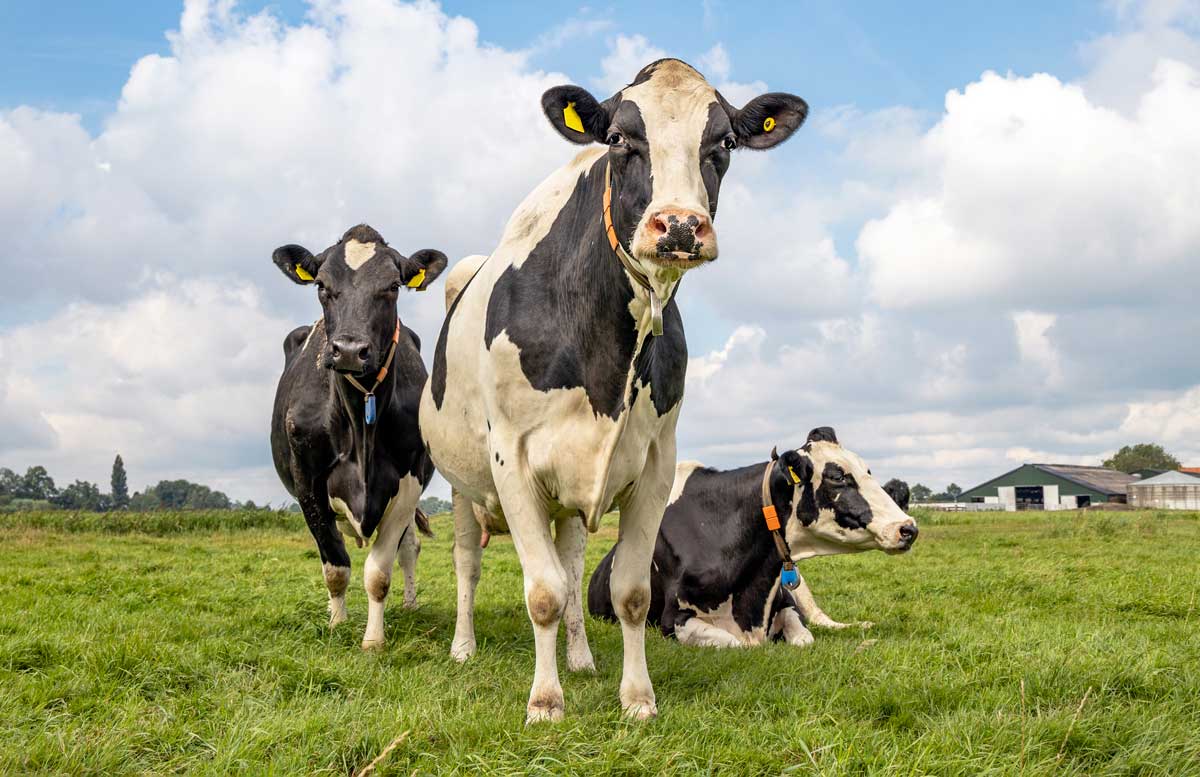 Researchers are searching for factors that can help reduce metritis incidence.

Metritis is an infectious disease within the uterus of dairy cows that is typically observed in the first 21 days after calving. It’s been a persistent challenge for producers and is estimated to cost $512 per case due to treatment costs, reduced milk production, increased days open, and greater risk of culling, according to research from the University of Florida. 1

Pathogens may invade the uterus, but, in a healthy organ, the immune system is able to rid itself of infections. In the immediate postpartum period, the uterus of cows is usually contaminated with a variety of organisms. Within days or weeks postpartum, the sterile uterine environment is reestablished in most animals. However, some cases do not quickly resolve on their own. 2

“E. coli typically initiates the infectious process,” he said. “Whenever the cow begins to have watery, foul-smelling discharge, we expect to find Fusobacterium necrophorum, alone or in combination with Trueperella pyogenes or other gram-negative anaerobic organisms.”

On average, metritis rates can be between 15% and 27% of cows in a herd, but Machado cautioned the actual incidence rate might be greater.

“If you don’t look for the disease, the disease doesn’t exist,” he said. “I’ve been to places where they say the incidence is 4%. Once the research team looks at every cow, the actual incidence is more like 20%. This can be a problem where the producer can only identify and treat the worst cases.”

At the University of Florida Dairy Research Unit, a combination of targeted monitoring of all cows at four, seven, and 12 days in milk (DIM) – in combination with a physical examination of cows with milk deviation of more than 12% or failure to increase milk yield at least 4% (primiparous) or 7% (multiparous) per day in the first 20 DIM – has proven effective for diagnosing cows with metritis and metabolic diseases like ketosis and displaced abomasum. 3

To combat bacterial infection, antimicrobials are the first line of defense for most producers.

“We have ceftiofur, which is just the drug of choice, and the one that’s labeled for metritis,” Machado said. “Oxytetracycline is labeled only for metritis caused by strains of Streptococcus and Staphylococcus and not widely used based on my clinical observations. Ampicillin has similar efficacy but requires off-label use.”

“My first target is to prevent metritis – that’s the first step to not have to treat too many animals,” he said. “All management strategies producers adopt to ensure a good transition period are important to reduce metritis cases – ensure metabolic health, dCAD [dietary cation-anion difference] diets, reducing stress, proper nutrition and proper hygiene in the maternity pen.”

Researchers also have found that cows that give birth to bull calves are more likely to have metritis. Therefore, using sexed semen can help reduce the risk of disease.

Researchers are working on vaccines to prevent metritis and immunomodulators to improve treatment options. Selective therapy strategies may also represent a way to reduce the need for antimicrobial drugs to treat metritis.

More than half of cows that develop metritis recover on their own without antimicrobials. Yet, it’s unknown which cows will require treatment, and that makes the standard of care antimicrobial administration for all infected animals. The answer to treating fewer cases might be found in the cow – rather than the pathogens that cause the disease.

“We are trying to find a way to identify or predict which of the cows are going to need antimicrobials to get better and perform well,” Machado said. “With metritis, we always see the same pathogens showing up in the uterus. It’s cow-related factors – including immune dysregulation and metabolic issues – rather than the pathogens, will be predictive of metritis cure.”

Machado and other researchers have collected blood and information from dairy cattle management software to review records of metritis-infected cows. Haptoglobin, a biomarker for inflammation, is associated with metritis. Cows with high levels of haptoglobin are less likely to recover from infection on their own.

“These cows do worse in milk production and reproductive performance,” he said. “We also found cows with metritis identified in the first-week lactation are less likely to recover on their own compared to other cows. Those two things were very interesting.”

Other research groups are reviewing behavior from activity and rumination monitors to find all variables associated with cows during times of metritis.

“We don’t have the research that’s needed to support telling the producer not to treat some of their metritis cases,” he said. “The potential losses of not treating the cows – that’s $250 in losses – but this is likely something we will be able to say in the future.”