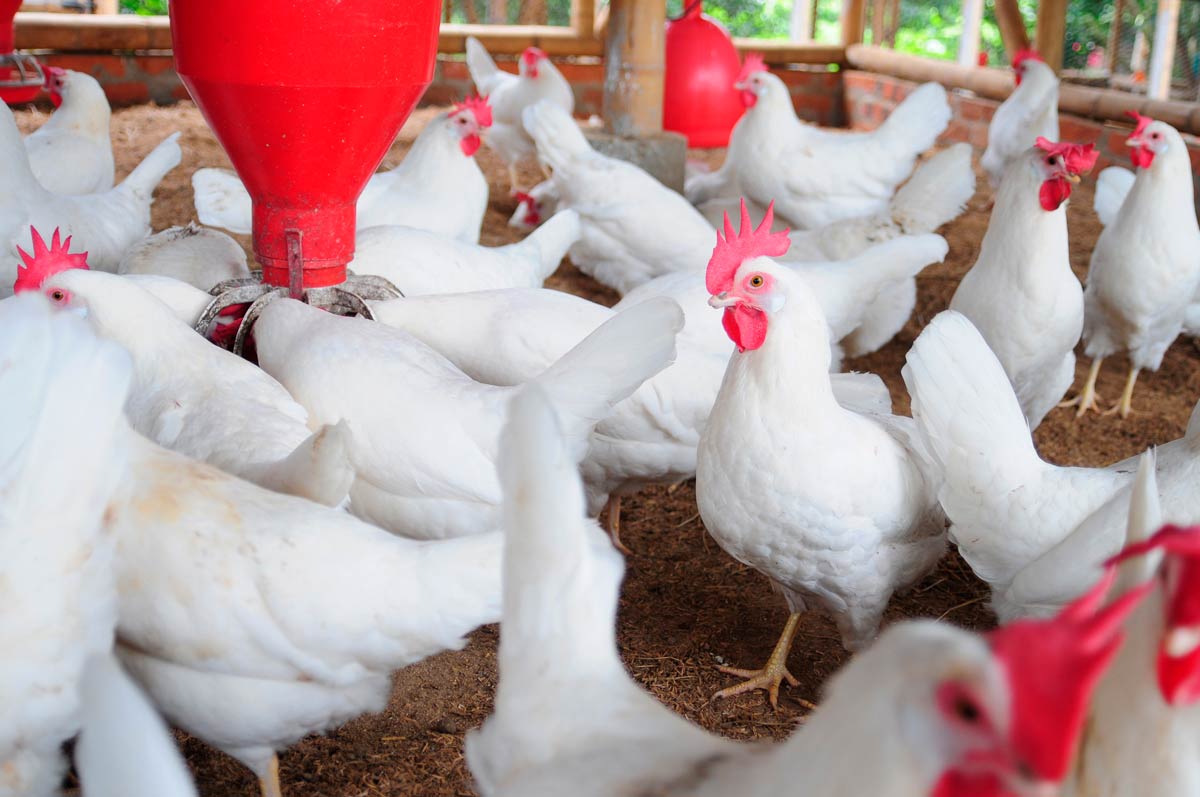 At the end of May, more than half of U.S. states had confirmed cases of a highly pathogenic strain of avian influenza. The disease has affected more than 38 million birds in the country so far, according to the U.S. Department of Agriculture. The U.S. does not have approved vaccines for avian flu. However, the rapid spread and significant losses emphasize the need for vaccination programs against infectious diseases for poultry.

Commercial operations face distinct challenges compared to large-animal operations. Mass vaccination of poultry flocks has traditionally been accomplished through drinking water, sprays or even while the chick is still inside the egg. Intramuscular or subcutaneous injection is often too time consuming and labor intensive for commercial operations.

“There are fundamentally no limitations on vaccines, just vaccine delivery,” said Ramin Karimpour, founder and CEO of TARGAN (formerly Applied LifeSciences & Systems), based in Morrisville, N.C. The company is preparing to field trial its automated targeted vaccine delivery system in commercial poultry operations.

The system aims to improve vaccine delivery to the world’s 73 billion chickens produced each year. TARGAN has received investment from Merck Animal Health, among other investors.

“Mass applications of vaccines, like ingestible sprays, include a lot of hoping and praying for the vaccine to get to its target,” he noted. “On the other hand, only 10% to 20% of vaccines can be delivered via subcutaneous injections under the skin and intramuscular injections. To do that you have to have an army of people.”

The TARGAN system uses proprietary technologies in high-speed imaging, feature recognition, artificial intelligence, robotics and microfluidics. The combination of technologies helps ensure vaccines are delivered to each chick’s eye, where the vaccine can be absorbed and generate immunity to a range of diseases affecting the bottom line of poultry producers everywhere.

In addition to vaccination, the technologies are being developed for sex identification of chicks, which can also help improve feed conversion.

Most poultry diseases today affect either the digestive track or the lungs. These diseases include coccidiosis, infectious bronchitis and Newcastle disease. Ocular administration of vaccines generate a strong immune response, Karimpour said.

“If you’re a swimmer, you can taste the chlorine at the end of your swim even if you close your mouth,” he explained. “Chickens have a similar connection between their eyes, mouth, and digestive tract; so we can administer vaccine targeting the digestive and respiratory tracts through application on the eye. We set out to prove this in 2015, thanks to a grant from the NSF and FFAR (Foundation for Food and Agriculture Research, a USDA affiliated organization). That became the fundamental drive for our mission.”

The traditional mass spray vaccine system many poultry producers use results in a relatively low vaccination rate. The TARGAN system has demonstrated 95% success rate in vaccination based on trials. TARGAN says this significant improvement in vaccine delivery can fundamentally address the 11% production loss in poultry due to infectious diseases.

The TARGAN system does not require a specific vaccine. Most commercial vaccines currently used through a spray system would be suitable for ocular administration as well.

TARGAN is in the process of testing its system on thousands of chicks in cooperation with four major U.S. poultry producers. It estimates commercialization of the system in mid-2023, with plans to use the technology in aquaculture and swine later.

“You’re looking at a very large number of savings for the producers and the public,” he said. “Vaccination is organic, it utilizes the immune system of the chick rather than antibiotics, chemicals and other methods. With improved vaccination we can feed more of the world with the same cost – 11% more than before. We are looking forward to what the future will bring.”