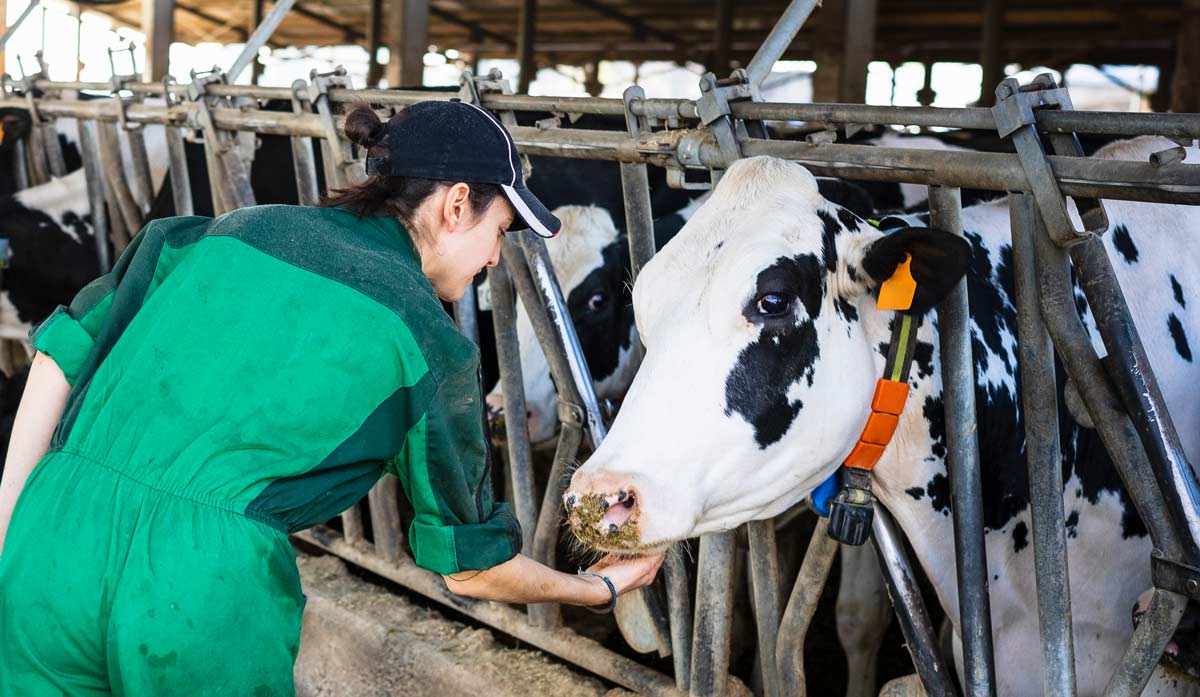 Organizations within the Kansas City Animal Health Corridor are eyeing new opportunities to grow and expand.

Nearly 15 years after the Kansas City Animal Health Corridor (KCAHC) was founded, the region now represents 56% of total worldwide animal health, diagnostics, and pet food sales. Today, the organizations within the region are feeling optimistic – despite market conditions that have challenged other industries.

The Corridor stretches across 22 counties in Kansas and Missouri. It spans 245 miles east to west from Manhattan, Kansas, to Columbia, Missouri, encompassing universities and animal-centered businesses and organizations. The KCAHC was founded to cultivate a climate of opportunity similar to Silicon Valley in California or the Research Triangle in North Carolina.

“The Corridor was born from a community initiative, several civic organizations within the Kansas City community came together to build a strategy that highlighted the opportunity to magnify the cluster of animal health assets we have here and grow those assets,” said Kimberly Young, president of the KCAHC. 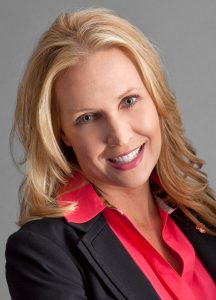 In the past decade, there have been major mergers in animal health. Taking the long view, Young said this is a signal that animal health is ready to stand on its own as an industry – no longer in the shadow of human medicine.

“You’ve really seen the animal health industry come into its own with these significant mergers and acquisitions,” she said. “The growth in capital investment came with increased awareness of animal health, which has poured money into the industry.”

The organizations within the KCAHC support animal health globally, Young said. As the world population grows, so does the demand for animal protein. On the companion animal side, pets have taken on new stature in the family, and owners devote a significant portion of their spending to their dogs and cats.

“I don’t know if the industry consolidation is done, but it really puts a spotlight on the entrepreneurial, smaller companies,” Young said. “There is a real symbiotic relationship with the early-stage companies and the larger enterprise companies – they both need each other.”

One of the ways the KCAHC fosters growth in the industry is by organizing an annual opportunity for early-stage companies to present their business plan to investors. This year, 12 emerging companies presented during the Digital Animal Health Summit. Since the event began, companies have raised nearly $480 million and received licensing agreements or distribution contracts. 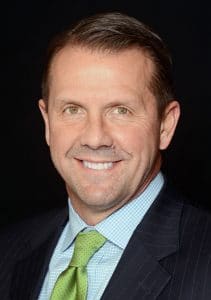 The Summit helps reduce risk for organizations introducing new technologies or expanding into new areas, said Craig Wallace, president and CEO at Hannah The Pet Society and former chairman of the KCAHC.

“I’ve had the opportunity to have a front-row seat to watch the largest animal health investment event in the world. The R&D pipeline is tough – whether it’s acquired or developed – it’s tough,” Wallace said. “Getting those products across the finish line is hard. The investment and the resources that go into it, there’s risk involved. Through the Summit’s emerging company presentations, you have a more guaranteed positive outcome than perhaps if you’re looking at a product in the discovery phase. It’s a terrific opportunity for investors to come to the table and take a look at new trends and technologies.”

For example, one technology Wallace is interested in is feline facial recognition software in litterboxes that measure urine output and weight, which may help identify early signs of illness in multi-cat households. Young said there are innovative products being presented each year, like a vaccine for honeybees presented at the 2020 Summit.

Creating a culture cannot be done without people, and that’s one of the reasons the KCAHC has been successful, Wallace said.

“The people that participate in Corridor events see the support of the community and the resources in the KC area. They are really unique,” he said. “The quality of life is just outstanding. People come in, and they stay.”

Merck Animal Health, who has a strong presence within the Corridor, credits the Corridor’s ecosystem for a continued supply of top talent, knowledge sharing, and business opportunities. 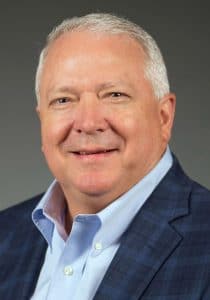 “Merck has facilities throughout the U.S., and the world, with a strong footprint in Omaha, Ames and Kansas City,” said Scott Bormann, vice president of U.S. commercial operations at Merck Animal Health. “Because of the Corridor’s infrastructure – in animal health and agriculture – there are rich opportunities for talent, financial support and investment, access to innovation and all of those are important to our business success.”

Bormann noted the Corridor’s ecosystem includes animal health companies, land-grant universities, local and state government support, and even federal investments by the U.S. Department of Agriculture, including two federal agencies that relocated to the area in late 2019.

While the COVID-19 crisis has created near-term challenges for the business community, Bormann said he remains bullish on the future of animal health and its growth opportunities.

“There remains a strong need for animal protein tied to consumer demand and global population growth, and consumers are adopting and fostering pets – and taking care of them – in record numbers,” he said.

Bormann added that COVID-19 has the business community looking at new and different ways to not only meet emerging unmet demands but also seeking new ways to connect and service customers.

“For instance, digital technologies, e-commerce capabilities, evolving service models are all center plate in the COVID era. It’s about the ecosystem working together,” he said.

“Our presence in the Animal Health Corridor continues to be a key fundamental within our business strategy,” Bormann said.

In a post-COVID-19 economy, Wallace said he anticipates companies in animal health will venture outside their traditional core business areas to grow and expand.

“The lines are getting blurred around our traditional lanes,” he said. “Manufacturers are no longer in a lane that supplies one channel of the market. Alternate revenue streams or additional revenue streams can become part of their core business.”

“This is a fantastic space for investors,” Wallace said. “It’s not just the track record, but it’s the future prospects. The world will need more animal protein. The world will need companionship from pets. The mission of this industry is to satisfy those needs. The future is brighter than the past, and it’s been a lot of fun in animal health over my career. The future is even more exciting, and the KC Animal Health Corridor will play a pivotal role in shaping it.”

Merck Animal Health announced in June an investment of $100 million in facility expansion and enhancement efforts in its U.S. manufacturing site in DeSoto, Kansas. Investments to the site include a technological expansion of the vaccine production facility, which will come online this year, plus additional investment of $66 million that will provide for added enhancement capabilities to be realized over the coming years.

The DeSoto site develops and manufactures a broad portfolio of vaccines for swine, cattle, and equine with key technologies in research and development, manufacturing, and quality operations. Particularly, the site houses large-scale fermentation and cell culture, blending and filling operations and packaging, along with monoclonal antibody manufacturing for Companion Animals.

“Merck Animal Health continues to be a strong source of innovation and growth in Kansas and is a leading force in vaccine production and research in the Animal Health Corridor,” said Governor Laura Kelly. “The upgrades to these facilities will lead to more advancements in animal health and reinforce the importance of supporting biotechnology companies in the state.”

Nationally recognized real estate developers, Clark Enersen Partners and BioRealty, Inc., have been contracted to lead the assessments; they are expected to present their findings in fall/winter 2020. River South and the Kanza Education and Science Park have been named as potential sites for the innovation campus.

“Once we secured the Plug and Play Animal Health/Ag Tech Startup Accelerator program, it became our responsibility to devise a long-term strategy that supports the infrastructure of Topeka’s innovation scene; this means finding the best setting to develop our innovation campus,” Katrin Bridges, senior vice president of Innovation, Greater Topeka Partnership, said. “The information yielded from the viability assessments will help us determine the right course of action to properly leverage our existing innovation assets, create new growth and, in turn, propel Topeka’s status as the hub of innovation in the Midwest.”

“Plug and Play is excited to see Topeka moving forward on building their innovation campus,” said Stephen Fay, director of corporate partnerships, Plug and Play. “Startups thrive when communities provide intentional space for coworking and collaboration. Topeka’s commitment to pursue this concept is precisely why we chose to partner with them, and we are excited to watch this project develop.”

Photo caption:  The KCAHC was founded to cultivate a climate of opportunity similar to Silicon Valley in California or the Research Triangle in North Carolina.