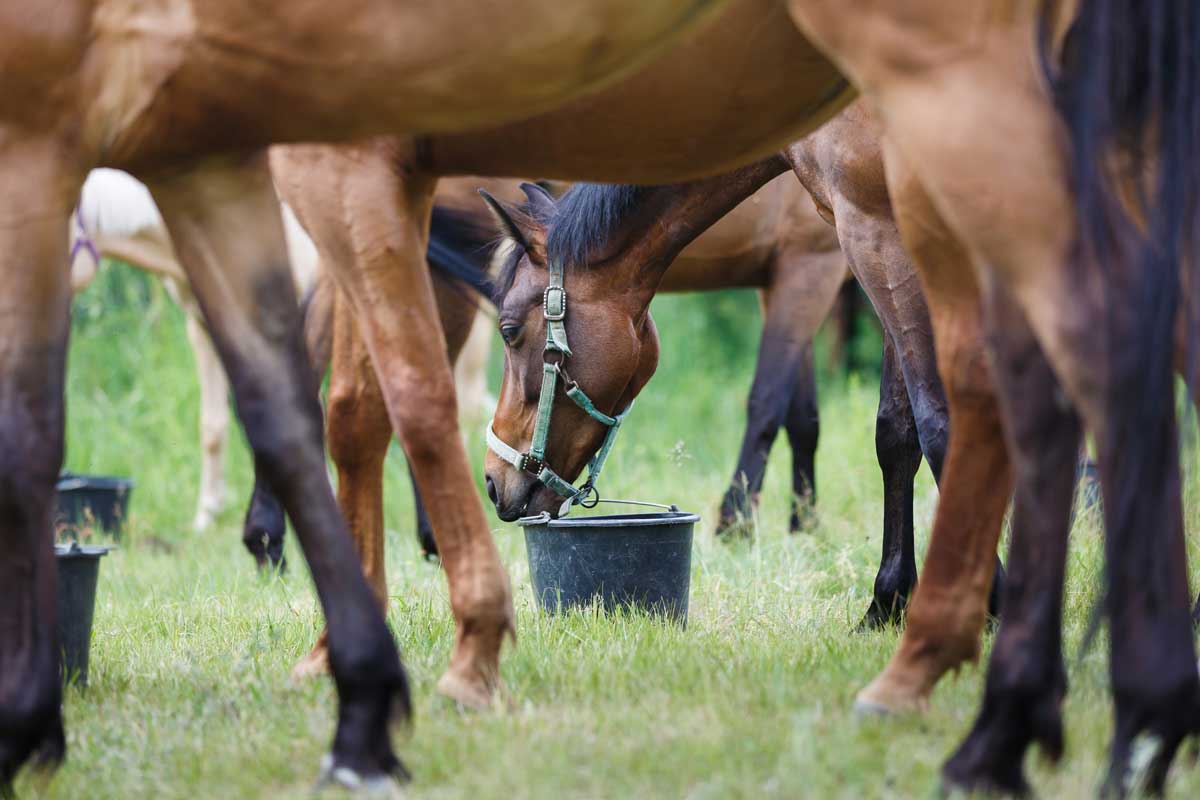 It’s unknown exactly how many horses are diagnosed with equine melanoma each year. However, it’s understood to be a common disease among older horses – and grey horses are particularly susceptible.

In fact, up to 80% of grey horses will develop some form of melanoma during their lifetime, according to Purdue University. Unlike humans, equine melanomas are unrelated to sun exposure – it’s a risk that increases over time and, in many horses, is determined by genetics linked closely to coat color.

“Cancer becomes more important as a risk for older animals, just like older people,” says Janet Patterson-Kane, BVSc, Ph.D., FRCVS, chief scientific officer for the Morris Animal Foundation. “One researcher said that if grey horses lived long enough, ultimately all of them would probably get one or more melanomas. The ‘grey gene’ is actually a mutation we’ve bred into these horses because we’ve selected for the gray and pale colors that we love.”

In one study of geriatric horses that had a necropsy done, almost 20% had some type of cancer that was the reason for euthanasia, including melanoma, lymphoma or squamous cell carcinoma.

According to Purdue University, there are four types of equine melanomas, and each carries different risk factors for horses.

“The Lipizzaner and Arabian are breeds most commonly affected by melanoma, but any grey horse is at risk,” Patterson-Kane notes. “Tumors can start off as benign, but they are all potentially malignant and should be regarded as precancerous. The most common sites include under the base of the tail and around the anus and genital regions. Probably around 30% of those benign tumors become malignant, which means they invade the surrounding tissues and can spread to other parts of the body.”

When tumors first arise, Patterson-Kane recommends removing them if possible, to prevent the spread of the cancer to other parts of the body. Currently, there are limited options for treatment.

“There’s not this great answer to treating melanoma,” Patterson-Kane says. “Veterinarians can excise them when they are small, but they may keep popping up. The best prevention we have right now is to find and treat them early by checking regularly. Once a larger, malignant tumor is identified, there’s some debate as to whether operating actually makes this worse.”

Research into new treatments for equine melanomas in an area the Morris Animal Foundation has funded. In 2012, the organization funded a study that evaluated a vaccine that is currently licensed for canine melanoma treatment. The 15-horse study had promising results in reducing the size of tumors.

“The vaccine had good results and reduced the size of the tumor in most of those horses,” Patterson-Kane says. “If we can give the vaccine at that early stage where the tumor is small, there is a greater chance of curing the disease. It’s an exciting development, but there’s still a lengthy process ahead for conducting more research in larger groups of horses and obtaining regulatory approval. Right now, the best strategy is still finding tumors when they are small.”