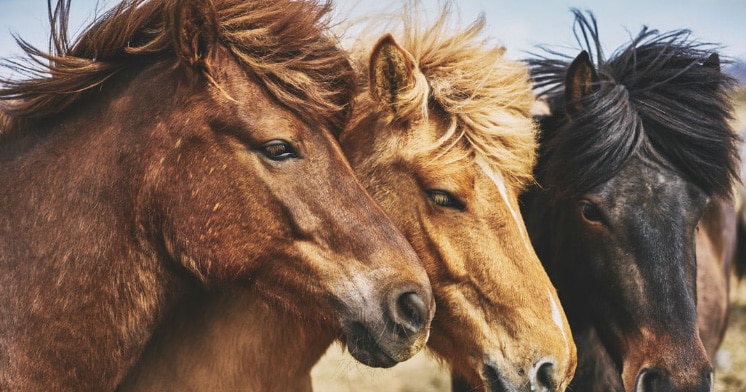 The American Association of Equine Practitioners (AAEP) Foundation’s Equine Disaster Relief Fund is accepting aid to help horses in Texas, Louisiana and other states affected by Hurricane Harvey, according to a release. Fund donations will be distributed among credible programs and organizations that are helping with recovery and rebuilding efforts in the aftermath and towards preparedness efforts for future disasters.

The AAEP Foundation will work with agencies and veterinary members in Texas, Louisiana and other affected states to identify the needs of the equine community. Supplies are not being accepted currently as the catastrophic storm is still occurring. Once the Foundation receives an assessment of need and distribution protocols from the agencies and veterinary members in the afflicted areas, the Foundation will work to support them with supply needs as well.

“The AAEP, AAEP Foundation and the equine veterinary community are saddened by the tragic loss of life and incredible destruction and flooding caused by Hurricane Harvey,” said AAEP President R. Reynolds Cowles, Jr., DVM. “We are compelled to reach out, together with our members, horse owners and industry leaders, as part of the effort to support the disaster’s equine victims.”

Boehringer Ingelheim (BI) announced it is introducing its new brand platform: Unbridle Your Potential. In short, BI provides health care products that will help unlock the potential in each horse. “Every BI brand plays a role in helping horses reach their potential,” the company said in a release. “As the leading equine health company in the United States, BI recognizes that the community that cares for horses day in and day out requires products that are trusted to perform, allowing each horse to achieve its potential. Unbridle Your Potential is about bringing out the best in everyone – veterinarians, horse owners, trainers, and the horses we all love.” The Boehringer Ingelheim equine portfolio consists of:

“We’re excited about this new brand platform as it represents our leadership in the equine health industry and the understanding that everyone who cares for horses wants to see each animal do its best,” says Dave Gocken, species head of the U.S. Equine Business Unit, Boehringer Ingelheim. “Whether it’s racing, performing, trail riding or any other number of activities, our products give everyone the opportunity to reach their potential. At its core, Unbridle Your Potential is about the passion people have in caring for their horses, and we’re pleased to help bring that passion to life with our leading product line-up.”

According to TheHorse.com, the Delaware State Veterinarian’s Office reported in August that it has confirmed that state’s first case of West Nile virus (WNV) in a horse in 2017. The affected horse, an 11-year-old Quarter Horse mare residing in Kent County, began showing signs of weakness in all four limbs on Aug. 6. The mare lost the ability to stand and was euthanized on Aug. 9. Samples were submitted to the Delaware Public Health Laboratory on Aug. 10, which confirmed the diagnosis of WNV on August 14. The affected mare was not currently vaccinated against WNV.

According to TheHorse.com, animal health officials in North Carolina have confirmed that a second Polk County horse has been confirmed positive for rabies. This follows another case confirmed in mid-August. A North Carolina Department of Agriculture and Consumer Services representative told The Horse Aug. 31 that both horses were from the same Polk County farm. That facility has imposed a 45-day voluntary quarantine following the confirmed cases, the representative said. Rabies – a zoonotic disease that can be spread from animals to humans – is caused by a lyssavirus that affects the neurologic system and salivary glands. Horses are exposed most commonly through the bite of another rabid animal.