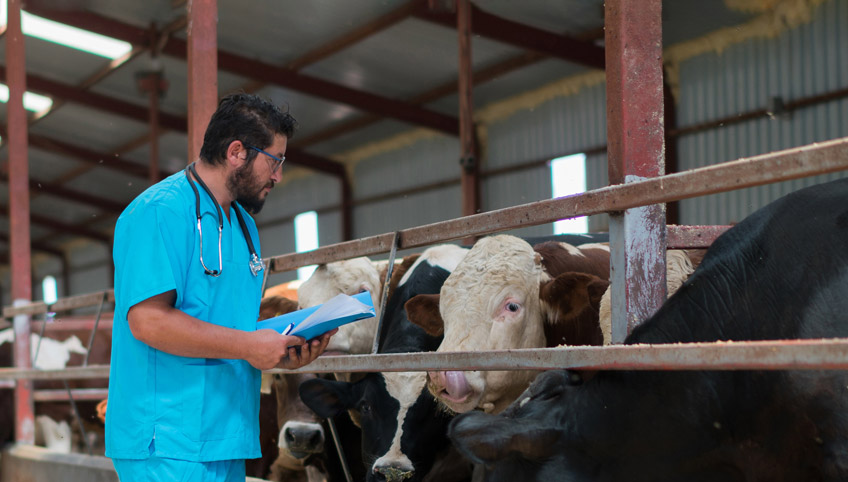 Parasite resistance in cattle is becoming a widespread concern for veterinarians and livestock producers.

Parasite resistance in cattle operations has moved from theory to a real-world scenario that producers face. Management of parasites is no longer applying a dewormer. Today, ranchers must understand the parasites in a herd and learn to live with a few bugs.

“It continues to be a problem – and a growing problem,” said Christine Navarre, DVM, MS, DACVIM, extension veterinarian at the Louisiana State University AgCenter and professor at the LSU School of Animal Sciences. “Routinely deworming is contributing to the problem and a lot of product doesn’t need to be used or isn’t effective. There are huge differences within regions or even among ranches. We saw severe parasitism this winter in Louisiana, more Ostertagia and more flukes.”

Navarre cautions that resistance isn’t just a concern for Southern producers. She has received calls about resistance from across the country.

The first step in managing parasites is using fecal egg count reduction tests (FECRTs). These tests will help identify which management practices and deworming products a producer should use.

Kansas State University Veterinary Diagnostic Laboratory recommends using the Wisconsin Sugar Flotation Technique on feces the day of deworming treatment and 10 to 14 days after treatment. Tests must be completed within 48 hours. In cattle, a pooled sample of 20 animals can make the test more affordable. The total number of eggs in a sample is counted and divided to get the eggs per gram (EPG) of feces.

The pre-treatment EPG is subtracted by the EPG taken 10 to 14 days following treatment to achieve the percent egg reduction. A FECRT of 90% to 95% means the parasite treatment was efficacious while a FECRT of less than 90% indicates resistance.1

The type and quantity of parasites in the Louisiana area have varied from ranch to ranch. FECRTs may save a producer from applying an ineffective or unnecessary product, Navarre explained.

“If we’ve taken fecals while we’re giving a deworming, and the fecals are zero, then we’ve given a dewormer we didn’t need to,” she said. “On the other hand, by the time a FECRT is only 90% effective, that means 25% of the worm population is resistant. The FECRT is what we have, but it’s not sensitive.” 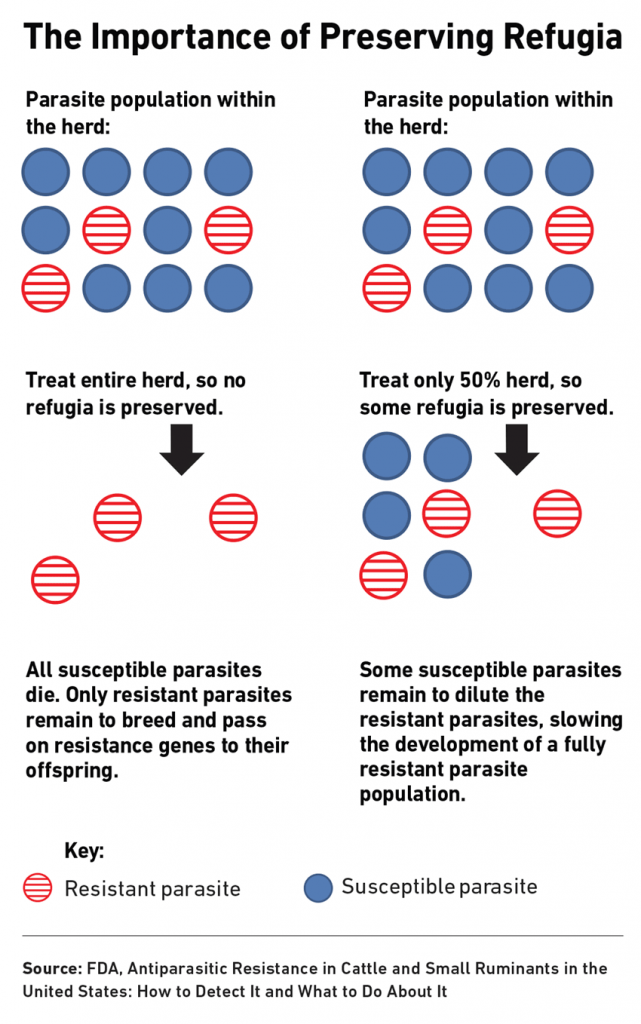 As Navarre works with producers, she creates a strategy based on the challenges of the specific herd. Her typical recommendation for a cow/calf herd would be to use two classes of product simultaneously with a refugia program, or a group of cattle that is not treated to help maintain a population of parasites susceptible to current deworming products.

“How much of a refugia program you need will depend on the FECRT performed on the combination of products,” she said. “At the end of the day, that’s what every rancher needs to know. It should be at least 10% but may be higher.  For a small group of cattle, a refugia group of 10% might only be five calves. That may be enough.”

Refugia recommendations also depend on ranch management and other pressures. Herds with good nutrition and management can often stop deworming older cows entirely. The exact age cut-off may be breed-dependent, Navarre advises.

“Cows can show me their performance without dewormer to drive selection, but that can’t be done if nutrition is a problem,” she said. “Then our adult cows can be refugia.”

Navarre cautions that current research does not quantify the economic threshold of higher parasite loads in cattle in herds with varying management and genetics.

“I’m advising producers to do a small trial if they can with similar calves. Deworm one group and not the other. Just see if you’re going to get the gains we thought we would get to,” she said. “I understand producers are scared to do that. They might be giving up 20 pounds of gain, which can add up. We just don’t know. Much of the research we’re basing our decisions on is decades old.”

During the intervening decades, cattle genetics have progressed – but only in the face of low parasite pressures. Navarre fears the livestock industry has inadvertently selected for lack of hardiness to parasites.

“We know a tiny bit of information about this from preliminary data,” she said. “We have long suspected that cattle are more heat tolerant and some are resistant to external parasites, but when it comes to Ostertagia may be more susceptible. We don’t really have data on purebred cattle or crosses.”