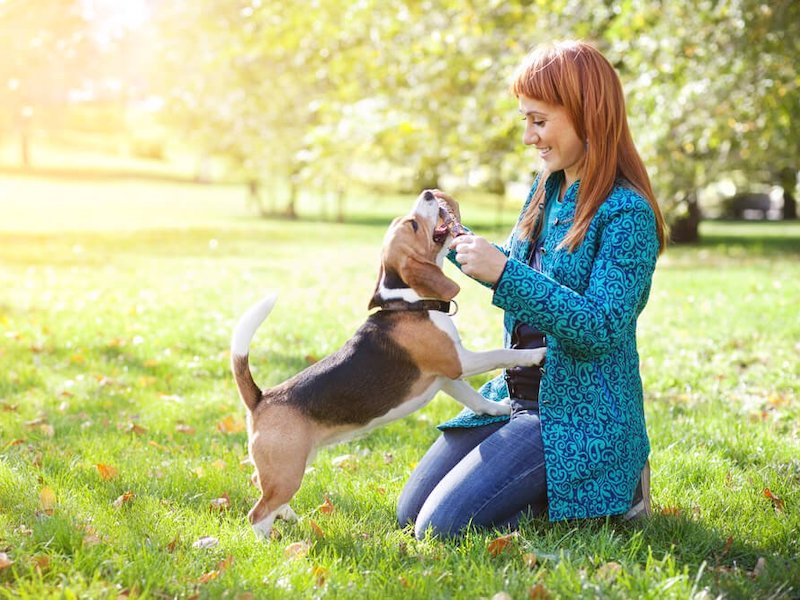 A new CAPC study quantifies the relationship between incidences of human Lyme disease and tick exposure in domestic dogs.

New research from the Companion Animal Parasite Council (CAPC) gives people and their health care providers a way to assess their risk for Lyme disease, thanks to man’s best friend. The study confirms dogs are sentinels to assess human risk for tick-borne Lyme disease. Results from the study – “Quantifying the relationship between human Lyme disease and Borrelia burgdorferi exposure in domestic dogs” – were published recently in the peer-reviewed Geospatial Health.

“This research shows how man’s best friend continues to safeguard humans as a sentinel to alert humans where they are at greatest risk for Lyme disease,” said Christopher Carpenter, DVM and executive director of CAPC. “The model established in this research breaks new ground to give residents, travelers and health care providers a county-level map to help them identify areas of risk across the country.”

“With dogs being tested annually for exposure to the pathogen that causes Lyme, we were able to study over seven years of nationwide canine diagnostic data, representing more than 400 million data points – something difficult to achieve when studying ticks and the environment directly. And unlike the challenges with access to human data, privacy concerns don’t exist for veterinary data,” said Dr. Michael Yabsley, professor in the Department of Population Health, College of Veterinary Medicine and Warnell School of Forestry and Natural Resources at the University of Georgia.

Human risk for Lyme disease not limited to the Northeast

The research showed that human risk for exposure to Borrelia burgdorferi extends beyond Northeastern United States where Lyme disease has been traditionally associated:

.
“Because we know Lyme disease doesn’t stop at state borders, the canine data makes it possible to map Lyme disease risk at the county level to show transitional zones where we’re seeing a growing risk, such as the Appalachian Region, West Virginia and North Carolina,” Yabsley said.

“The number of cases that we’re seeing and the data we have available to us demonstrates it’s not just random happenstance that we’re seeing positive cases in areas where Lyme disease has been previously thought to be nonexistent for humans,” said Christopher McMahan, associate professor in the department of Mathematical Sciences at Clemson University. “CAPC Lyme prevalence maps gives monthly updates to show residents, travelers and health care providers what’s happening in every county, including areas where ten years ago there may not have been a risk.”

CAPC makes access to the monthly canine data available in its prevalence maps, a resource available free online (www.petsandparasites.org) to help people and their physicians assess their risk for exposure.  With more than 27 million canine Borrelia burgdorferi antibody test results collected between 2012 and 2018 in dogs, these maps allow veterinarians, physicians, pet owners and travelers to assess the risk of exposure across the United States and Canada.

“Unlike human medicine, veterinarians are fortunate to have the advances and commonality of annual testing and vaccination for Lyme disease in dogs,” said Dr. Karen Fling, president of East Lake Veterinary Hospital in Dallas, Texas. “Because tick-borne diseases like Lyme are ever-changing, the CAPC Lyme prevalence map is an invaluable tool to protect both pets and people with monthly updates to show the risk for Lyme in their area.”

Fling said knowing high-risk areas is key to Lyme disease prevention, especially as we become a more mobile society and the spread of Lyme disease continues to move out of traditional areas.

“Because I have lived mostly in Texas and California, I didn’t think I was at risk”, said Kim Hartson, a patient suffering from chronic Lyme disease. “With the CAPC maps, now people have a better way to understand their risk for exposure and can take steps to protect themselves and their pets. I wish that I would have had this information and could have avoided this devastating disease which can be very difficult to diagnose.”

This study continues CAPC’s leadership to better understand parasitic diseases that threaten the health of pets and people. “Over six years ago, we formed a cross-functional team of parasitologists and statistical modelers from institutions including Clemson University and the University of Georgia. I’m grateful to this expert team that has worked closely with CAPC board members to help us provide the most updated information to help protect pets and their owners,” said Dr. Carpenter. “I believe our best work is still yet to come.”

The Companion Animal Parasite Council (www.capcvet.org) is an independent not-for-profit foundation comprised of parasitologists, veterinarians, medical, public health and other professionals that provides information for the optimal control of internal and external parasites that threaten the health of pets and people. Formed in 2002, CAPC works to help veterinary professionals and pet owners develop the best practices in parasite management that protect pets from parasitic infections and reduce the risk of zoonotic parasite transmission.