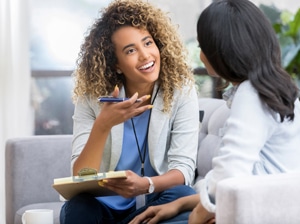 In my work with corporations around the globe, I have regularly asked workshop participants about their No. 1 expectation of the leadership in their organization. While I have received a wide variety of answers, the characteristic that appeared most frequently was integrity. Businessman, author, and syndicated columnist Harvey McKay probably put it best when he said, “If you have integrity, nothing else matters. If you don’t have integrity, nothing else matters.”

So, what is this elusive characteristic called integrity?

Wikipedia suggests integrity is the practice of being honest and showing consistent and uncompromising adherence to strong moral and ethical principles and values. In ethics, integrity is regarded as the honesty and truthfulness or accuracy of one’s actions. Integrity can stand in opposition to hypocrisy, in that judging with the standards of integrity involves regarding internal consistency as a virtue.

Now, that sounds all well and good in a column like this, but does it have application in today’s world, or in the world in which we work? Let’s consider a couple of examples that may hit close to home.

One of your accounts has been working to increase heartworm prevention compliance and has an idea they want to run by you. In researching their customer base, they believe most of their pushback is due to the price of heartworm preventatives. In order to make the purchase more affordable, they are considering selling either single doses or, when possible, a three-month supply.

They are seeking your advice as to the effectiveness of either approach. What do you tell them?

A quote attributed to American businessman and philanthropist W. Clement Stone may be helpful in this situation. “Have the courage to say no. Have the courage to face the truth. Do the right thing because it is right. These are the magic keys to living your life with integrity.”

Sales have been off most of the year and your company is asking for a reduction in overhead. You’ve had your weakest representative on a performance improvement plan for the last year, but there is little or no improvement. Your manager’s plan to cut overhead is to eliminate this territory and divide it between the three reps that surround that geography.

You’ve held off pulling the trigger on this plan because you would like to keep the territory but replace the rep. You’re having trouble convincing your manager of the soundness of your plan. Then, out of the blue, this rep texts you the following message:

“I have not heard from you for a while. I left you a voicemail and haven’t heard back. Is there a problem?”

How do you respond?

You might find the words of former President Dwight D. Eisenhower helpful in this situation. “The supreme quality for leadership is unquestionably integrity. Without it, no real success is possible, no matter whether it is on a section gang, a football field, in an army, or in an office.”

In my experience, integrity often takes a secondary role to expediency. This is especially true in today’s fast-paced sales environment where we often wear multiple hats with multiple priorities. Integrity falls through the cracks and in the end, we justify it because there wasn’t enough time.

On those occasions, I am reminded of Martin Luther King Jr.’s quote about integrity. “The time is always right to do what is right.”

Whether you’re a rep or a manager, I’d be interested in your response to either of the situations I posited here. Those responses could be the stuff of a future column here with full accreditation of course. It’s the right thing to do.