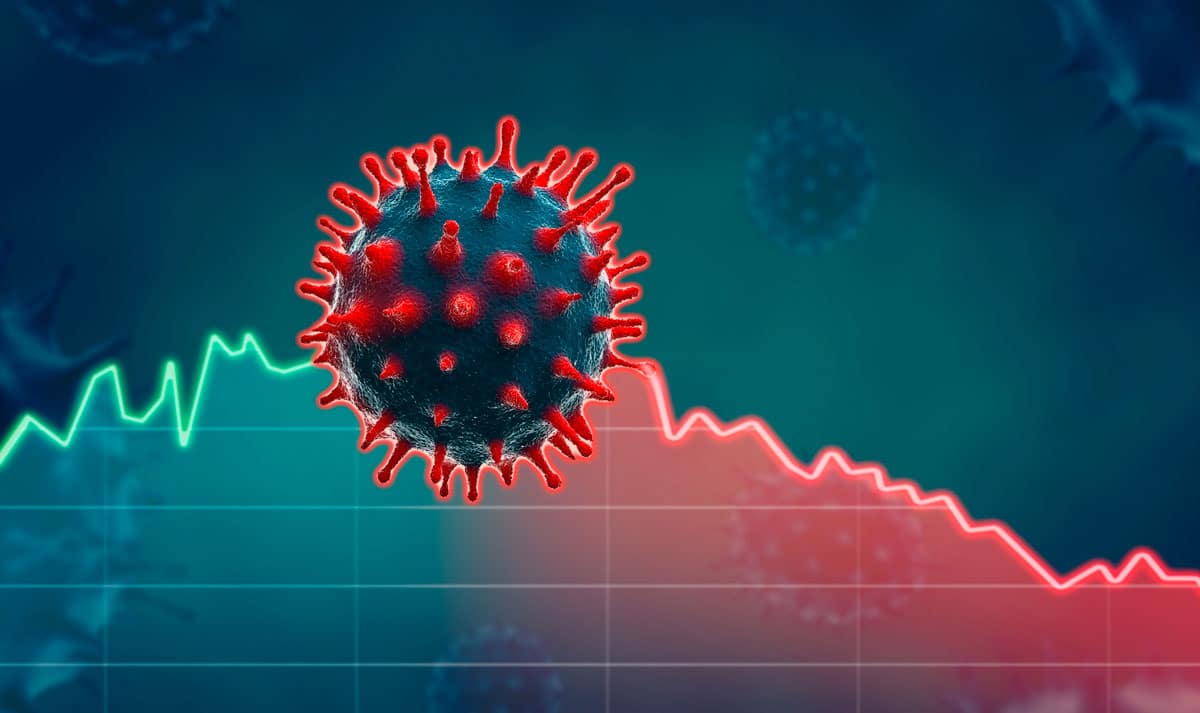 The veterinary industry can take away several positive things from the experiences gained during the pandemic, said Compassion-First Pet Hospitals EVP and COO Ryan Buck. But, there’s also work to be done.

When you look at the numbers and data from the first half of 2020, you’ll see confirmation that veterinary hospitals and the economy, in general, were on a wild, disruptive ride due to the pandemic.

First, there was the drop-off. As businesses essentially shut down for weeks in early spring, volume understandably took a nosedive. Then, as veterinary hospitals began to reopen in late April and early May, the numbers shot up. A lot.

However, Ryan Buck, EVP and chief operations officer, Compassion-First Pet Hospitals, attributes those numbers to a more subtle trend that developed amid the pandemic. The human-animal bond among pet owners and their pets deepened.

“The human-animal bond has never been stronger,” he said. “People are paying attention to their pets to a much, much greater degree. Pet owners are leaning on their pets to provide comfort during this time … It’s sort of amplified that bond, to a greater level, which I think has really fueled a lot of the increase in demand for services.” 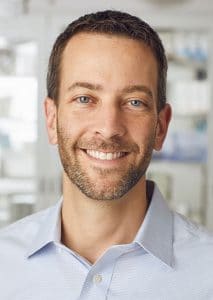 Heading into the late summer, patient volumes at Compassion-First’s 43 specialty and emergency veterinary hospitals across the United States were very strong, Buck said. There was a significant incline in volume from April through the beginning of July, but it has begun to level off. “We’re not seeing real steep curves, but we’re still seeing strong volumes, strong year-over-year growth in specialty and emergency services, similar or better to some of the more public numbers that are more heavily weighted to general practice,” he said. “So we expect volumes to sustain, just not at the high levels and the high growth curve trajectory that we saw through the beginning of July.”

Buck said that while there may have been some pet owners reluctant to schedule a veterinary visit, it’s been counterbalanced by the fact that people were home with their pets, paying closer attention to them, and noticing things sooner. People weren’t spending their money on travel or going out to eat. Those whose jobs were less affected by the pandemic had more disposable income, so they were more likely to go to the veterinarian and see what’s going on.

“Pets are becoming more and more important to the family,” he said. “They were always important, but now with pet owners quarantined and staying at home with their pets, they’re noticing things, and more likely to want to get things looked at. While I think there’s a fear factor among some clients delaying treatment of their pets, just given the volume increases, I think that the tendency is more to spot things that they wouldn’t have otherwise because they would have been too busy socially, traveling, or at work, and their pets weren’t front and center. But now given their limited activity, limited travel, that factor of just intense focus on their pets is having a greater impact than medical distancing or putting off elective procedures and diagnostics.”

As restrictions have lifted and people are more willing to take time off and travel, it has slowed down the growth. “But we’re still seeing volumes that are higher than the pre-pandemic period,” he said.

In addition to supporting clients’ needs through challenging times, supporting the health and well-being of Compassion-First employees has become paramount, Buck said. “To bring our employees together, we launched an internal Well-Being Community Page and launched a four-part podcast series around mental health and wellness. Providing tools and resources for our family of hospitals now and always remains a top priority.”

Compassion-First Hospital directors have been flexible to accommodate the needs of their teams, such as childcare issues or sick leave. “I think utilizing that flexibility and extending it, from the beginning stages to the busy stages, has enabled them to be better leaders within their hospitals.”

From a medical standpoint, Compassion-First has empowered its doctors to answer questions raised amid the shelter-in-place orders: What is an emergency? What is medically necessary? What should be done now versus later? “We empowered our doctors to make those decisions,” Buck said. “We found that was the best move for the hospital ecosystem, and paid dividends in terms of morale, and just appreciation from the doctors. We’ve always been a doctor-centric culture. Here we applied that philosophy to what should and shouldn’t be done early on, and I think that was a good move. It was more of a reinforcement than alerting, but something that was really, really important to us.”

On the financial front, Compassion-First Hospitals saw volumes drop early on as everybody did across the country. “It was a significant volume drop, and we had to be very cost-conscious in terms of where we were spending, staffing, hours, overtime – all of that challenged the teams to be very fiscally responsible, and I think that that has helped them,” Buck said. “Now that we’re much busier, they’ve applied those same philosophies and it’s allowed them to capitalize their ability to manage the hospitals better.” 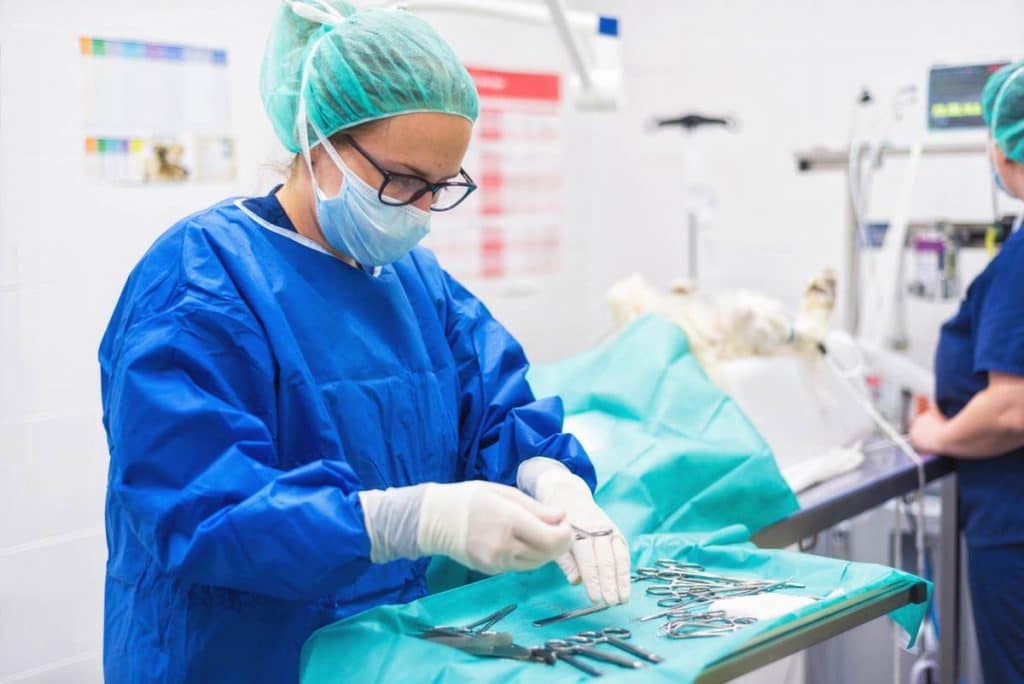 A focus on people

As patient volume continues to increase among veterinary hospitals, there needs to be an industry-wide focus on people, Buck said. “In general, we need more ER doctors and more specialists. We need to focus more on training our technicians and client service representatives. We need to have, as an industry, more training programs to produce more ER doctors and specialists. At Compassion-First, we prioritize education and training programs through our Veterinary Nursing Development department programs and our externship, internship, and residency programs across many of our hospitals. We are in the finishing stages of formalizing our emergency medicine mentorship program and are excited to see the collaboration across our hospitals as we continue to educate the future leaders in veterinary medicine.”

The industry needs to make sure that ER doctors, in particular, stay in the profession, because the tendency with high volumes is for them to get burned out, thus “they’re more likely to leave the emergency profession, the ER doctor profession, and go to general practice, which is going to be a challenge,” he said. “Focusing on becoming the employer of choice and making sure that you’re treating your people well, I think that that’s going to be absolutely critical for hospitals to be successful going forward.”

Veterinarians must remain flexible in the way they communicate with clients. The current situation calls for curbside appointments, and communicating virtually, with limited in-person contact with clients. Buck said that will eventually evolve into a hybrid approach where there will be more people coming into the hospital, but there will still be a faction that doesn’t feel comfortable coming in the hospital. “So the veterinary profession is going to have to be flexible in terms of having face-to-face interactions versus having virtual interactions,” he said. “The hospitals that do that well and stay very client-centric, and communicate with them in a way that they’re most comfortable, those hospitals will have the advantage.”

Compassion-First Pet Hospitals is a family of specialty and emergency veterinary hospitals throughout the United States, dedicated to changing the veterinary landscape and elevating patient outcomes. Founded in 2014, Compassion-First Pet Hospitals places a priority on local care with national support by partnering with more than 14,000 referral partners and 7,500 referral hospitals. Today, the family of 43 hospitals across 12 states has more than 3,000 professionals, including more than 300 specialists and 200 ER doctors to provide care across a wide range of medical disciplines. For more information, visit compassionfirstpets.com.