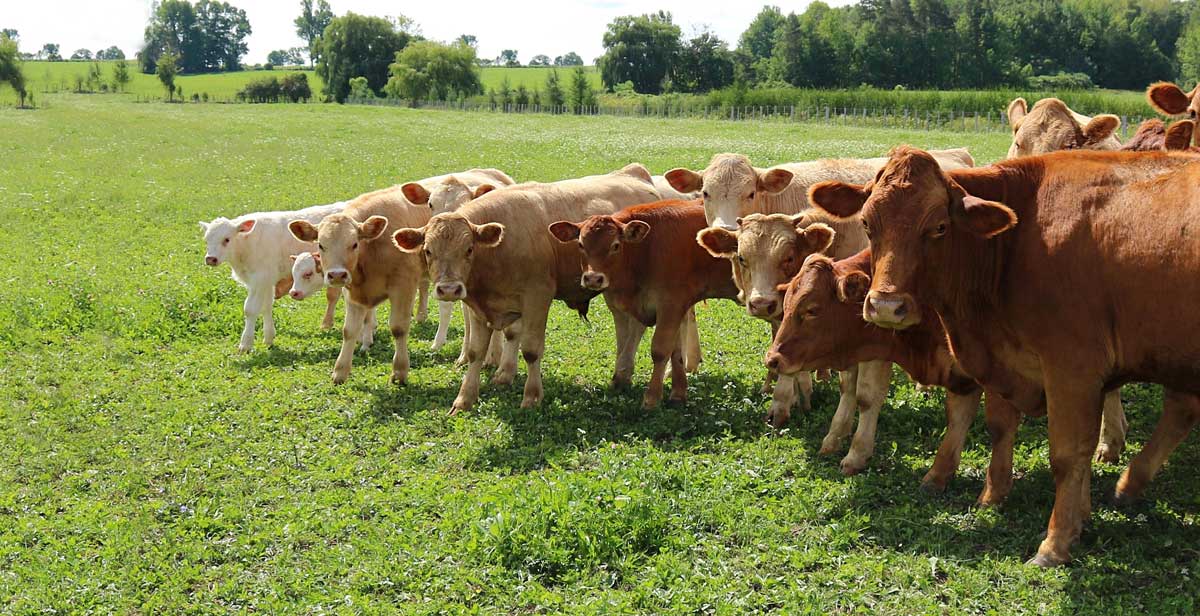 Beef producers know from experience that calving season is fraught with perils for baby calves.

Calving difficulties, failure of cow and calf to bond, failure of passive transfer of immunity (colostrum intake by the calf), weather, mud, scours, and injuries are all threats during calving season. Often, once cows and calves are on summer grass, most of the calf-related risk and workload is in the rearview mirror. It is still time for vigilance, however, because things like nursing calf pneumonia and pinkeye can take a lot of the fun out of baseball games and county fairs. Let’s take a quick look at summer/nursing-calf pneumonia.

Beef producers normally spot this condition when they notice a listless calf with droopy ears and high body temperature (fever). The calf may or may not cough or have visible difficulty breathing. Treatment is usually effective with this condition when administered early in the course of the disease.

If the calf dies, a veterinarian can generally diagnose this condition with a high level of certainty during a post-mortem exam. Having these calves posted by a veterinarian can also rule out other possibilities and allow the vet to recommend the ideal course of action for future cases. During the summer months, it is very important to get any dead calf that will be presented for a post-mortem exam to the veterinarian as soon as possible, because the carcass will decompose rapidly in hot conditions. It may not be possible for the vet to make a diagnosis from a badly decomposed carcass.

In order to shed light on approximately how often summer pneumonia occurs within the beef industry, a recent survey of veterinarians led by AR Woolums suggested that across the Plains states about 1 in 5 herds will have cases of summer pneumonia in a given year. In a related survey of beef producers by the same research group, the number of cases of summer pneumonia appeared to correlate with herds that had fought scours in the calves, had a calving season that lasted three months or longer, or that brought in orphan calves from other farms.

Richard Randle, DVM, wrote a BeefWatch article, “Summer Pneumonia in Beef Calves,” in July 2015. In it, he explained that a case-control study was underway in Nebraska, South Dakota and North Dakota beef herds to better identify risk factors for nursing calf pneumonia. Since then the project has been completed. It identified several risk factors for the condition, including increasing herd size, especially herds with 500 cows or more, intensive grazing, and estrus (heat) synchronization. It is thought that these practices increase the number of “effective contacts” between calves, meaning that they have more chances to effectively spread bacteria and viruses to one another. These practices may carry significant benefits for the beef operation, but care must be taken to manage the associated risks.

Cattle across Nebraska endured prolonged weather stress this past winter, and many cows appear to be thinner than usual across the state, even in areas not affected by the historic and devastating flooding. Due to the stress on cows caused by extended cold, wet weather, it is probable that there is a large percentage of calves that have received lower-quality colostrum than usual this year. This is likely to predispose them to illnesses of all types, including summer pneumonia. Reports and personal communications have also suggested that there have already been many struggles with calf health across the state this spring. This should lead us to consider that this summer will be an especially important one in which to keep very close tabs on calf health and if treatment is necessary, to intervene earlier rather than later.