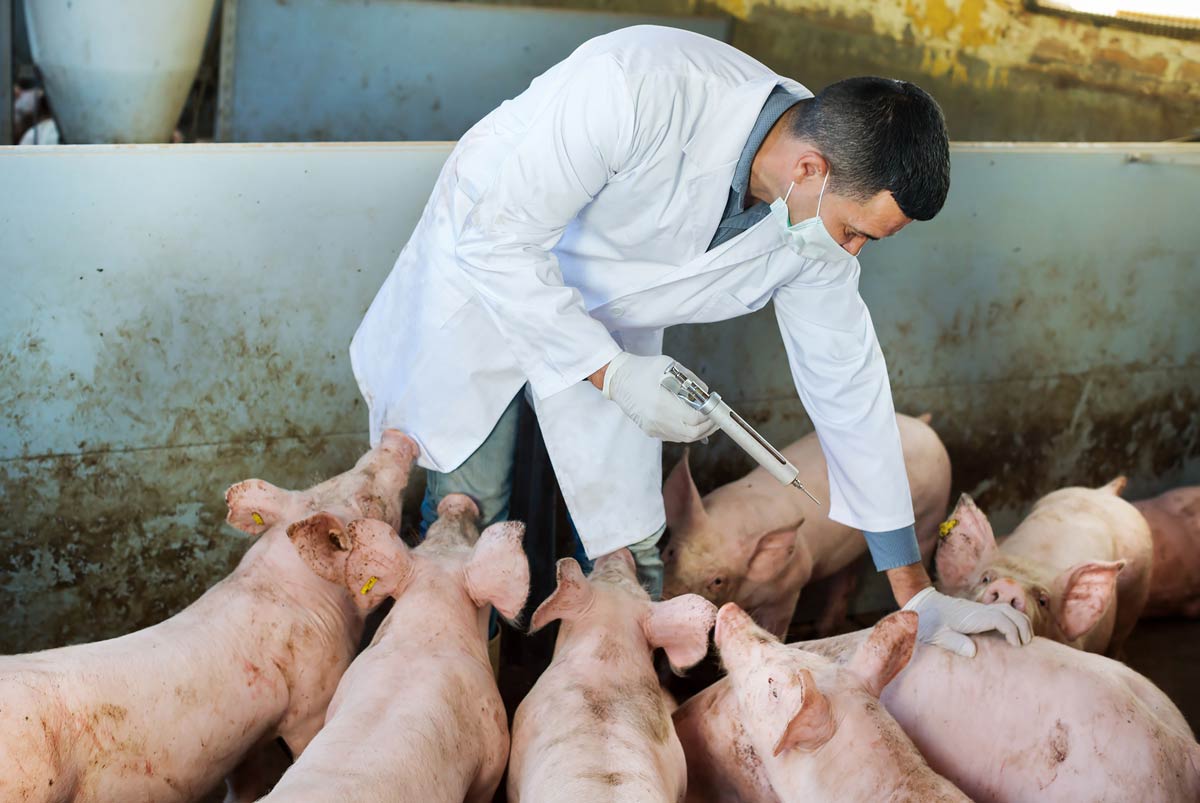 The Future of PRRS Defense: A Thriving Microbiome

Research into the microbiome of pigs shows a diverse array of microorganisms in the gastrointestinal tract is a benefit to fighting porcine reproductive and respiratory syndrome (PRRS).

Unfortunately, there is no single strategy for controlling or preventing PRRS infection.

The first line of defense: Biosecurity

The biosecurity protocols present in most commercial swine production systems were largely developed to help prevent PRRS. This includes the controlled introduction of new breeding stock and cleaning facilities between groups of hogs.

The strategy is simple: Don’t let the virus get in. However, PRRS has shown an ability to spread despite these measures.

The next line of defense: Vaccination

Vaccines against PRRS have failed to eliminate the virus – but have helped minimize clinical effects. There are both killed and live commercial vaccines for the control of reproductive and/or respiratory forms of PRRS. Plus, producers continue to use autogenous killed PRRS vaccines as well.

“Commercial vaccines were available relatively quickly after the virus was initially characterized around 1994,” Niederwerder said. “They have been widely used and helpful in reducing PRRS-associated losses.”

The next generation of tactics to control PRRS may be found within the gastrointestinal tract of healthy animals.

The microbiome is composed of microorganisms like bacteria, viruses, fungi, and protozoa. Inside the microbiome, a complex relationship can target pathogenic organisms and even influence the animal’s immune system.

“When we’ve looked at improved outcomes in the presence of PRRS, we’ve noticed a divergent response: Some infected pigs continue to grow normally, and other pigs have a substantial impact with severe respiratory signs,” Niederwerder observed. “One of the characteristics of the normal-growing group was an increased diversity in the microbiome.”

The piglets showed an increased ability to respond to the disease, and survival rates improved. Pigs that received the transplant showed more robust antibody responses with higher – and more sustained levels – of antibody production. 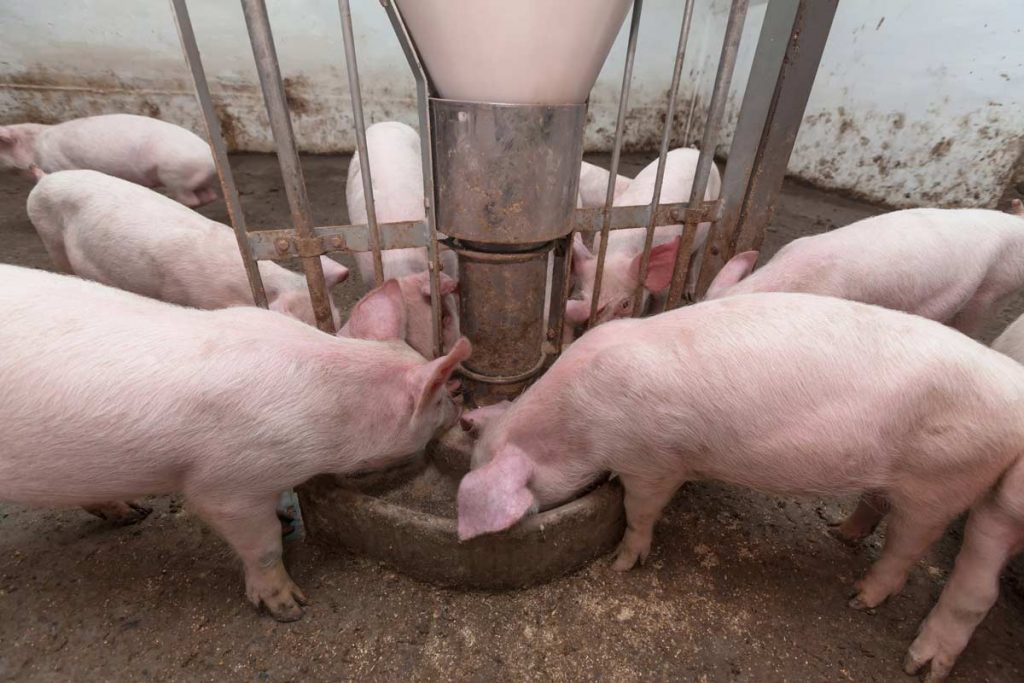 Linking the gut and lungs

It’s not clear how fecal microbes positively influence animals with respiratory disease. There is an established link between the gut and allergies, asthma, and pneumonia called the gut-lung axis in humans.

“The gut is the largest immune organ in the body,” Niederwerder said. “There is evidence to show the lung and gut communicate back and forth.”

However, the exact relationship between the gastrointestinal and the respiratory tracts isn’t exactly clear. One hypothesis is that the mucosal cells present in both the lungs and gut communicate with each other.

Another hurdle is making the approach more easily applicable to commercial hog operations. It would be time-intensive to perform fecal microbiota transplants for each infected animal.

Still, the findings have broad implications for PRRS – and several other important swine diseases.

“We often see co-infections with pigs exposed to two different viruses, such as PCV2 [porcine circovirus Type 2],” Niederwerder said. “These viruses often work together to suppress the immune system and create secondary bacterial infections that stimulate a complex respiratory disease. The goal would be to set the pig up with a gut microbiome that provides a broad benefit to respiratory or gastrointestinal diseases.”