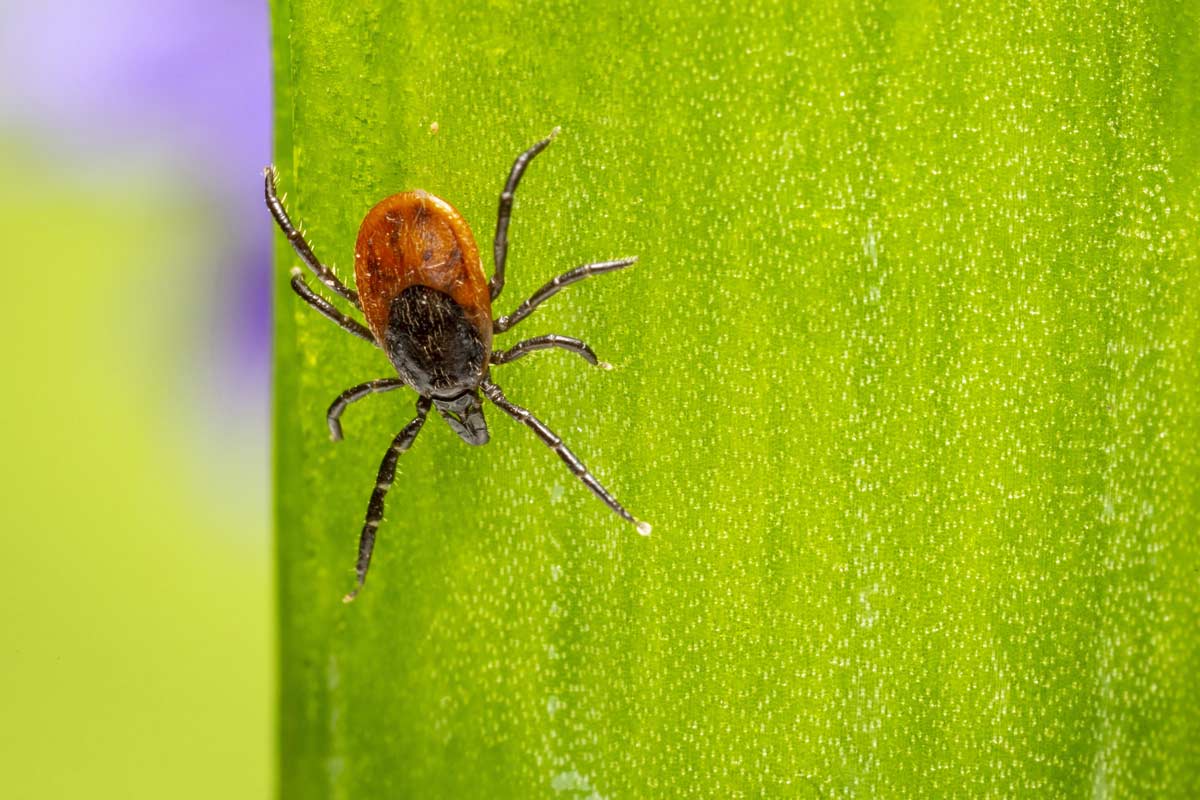 2021 Parasite Forecast says Heartworm to be above average, with Lyme disease expanding south and west.

The Companion Animal Parasite Council (CAPC) – the nation’s leading source on parasitic diseases that threaten the health of pets and people – released its annual 2021 Parasite Forecast and corresponding 30-day Pet Parasite Forecast maps to alert pet owners of impending outbreaks across the United States. CAPC predicts heartworm transmitted by mosquitoes will be higher than average, especially along the Atlantic coast and Mississippi river, with increased risk in parts of California, Idaho, and Montana. The risk for Lyme disease, transmitted by ticks, continues to expand southward and westward with “hot spots” expected in portions of Michigan and Ohio, heightened risk persisting in the Northeast, and movement into the southern states, including the Carolinas and Tennessee.

“Because of the dynamic and ever-changing nature of parasites, we started providing our annual forecasts more than nine years ago,” said Dr. Christopher Carpenter, DVM, and chief executive officer of CAPC. “Over the years, we’ve seen the risk for parasitic diseases continue to increase and expand into areas that have had historically lower prevalence. CAPC’s 2021 Parasite Forecast is critical to alerting pet owners to the risks this year and reinforcing CAPC’s recommendation that all pets need to be annually tested and protected year-round.”

Pet owners and veterinarians who want to monitor parasitic disease risk in their county throughout the year now have access to 30-Day Pet Parasite Forecast Maps at petdiseasealerts.org. These maps, developed exclusively by CAPC, provide a local forecast for every county in the continental United States and are updated monthly. This free service informs pet owners about the continuous risk in their local communities and reminds them about the importance of annual parasite testing and year-round parasite protection.

According to CAPC, the risk of acquiring heartworm disease in 2021 is very real due to the expansive nature of the disease. Mosquitoes are responsible for transmitting the parasite that causes heartworm disease, which can be deadly to pets. This increase in heartworm prevalence can be attributed to several factors, including warmer and humid weather patterns that create ideal breeding conditions for mosquitoes; transportation of companion animals from one area of the country to another; and pet owners who don’t administer parasite preventatives 12 months of the year.

Heartworm isn’t the only threat pet owners will need to be watchful for. CAPC also predicts that Lyme disease, a potentially fatal disease for pets, is expanding quickly. Transmitted by ticks, Lyme disease is spreading due to the expansion of tick host habitat range, primarily deer and rodents, and migratory birds carrying ticks to new areas. Warmer weather and longer seasons for tick reproduction is also a factor. Veterinarians and pet owners should test pets annually and use tick preventatives year-round. Pets in high-risk areas should be tested and consider a vaccination for Lyme disease.

The forecasts support CAPC’s recommendation for annual testing and having pets on preventive treatment year-round. For 2021, CAPC predicts the following risk areas for parasite-related diseases: 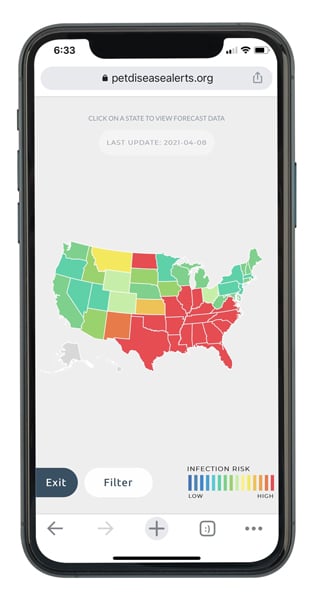 How the forecasts are created

The annual CAPC Pet Parasite Forecasts are a collaborative effort from parasitologists and statisticians in leading academic institutions across the United States who engage in ongoing research and data interpretation to better understand and monitor vector-borne disease agent transmission and changing life cycles of parasites. The forecasts are based on many factors, including temperature, precipitation, and population density.

About the Companion Animal Parasite Council

The Companion Animal Parasite Council (capcvet.org) is an independent not-for-profit foundation comprised of parasitologists, veterinarians, medical, public health, and other professionals that provides information for the optimal control of internal and external parasites that threaten the health of pets and people. Formed in 2002, CAPC works to help veterinary professionals and pet owners develop the best practices in parasite management that protect pets from parasitic infections and reduce the risk of zoonotic parasite transmission.