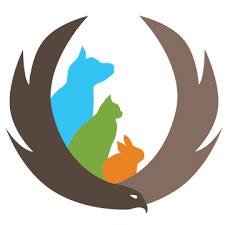 After being forced to evacuate, one veterinary hospital was determined to meet the animal health needs of a displaced community.

Within the span of just a few hours, the situation changed dramatically for veterinary clinics in Los Angeles and Ventura Counties in California.

On November 8, 2018, what would become known as the Woolsey Fire began a path of destruction through communities. The wildfire would eventually consume almost 100,000 acres, destroy thousands of structures, kill three and displace almost 300,000 people.

Malibu veterinary clinics were quickly cut off from any source of help. Darlene H. Geekie, RVT, founder of The Little Angels Project and Veterinary Angels Medical Center in nearby Agoura Hills, says local veterinarians did their best to try and get supplies into those clinics, and help with animals displaced because of the wildfire.

Then, within a short window of time, Veterinary Angels was forced to evacuate as well. At 2 a.m., veterinarians, staff and volunteers evacuated animals at the animal hospital, as well as the nonprofit connected to the animal hospital – The Little Angels Project, a 501c3 helping rescues, wildlife and zoo animals with medical care and surgical needs.

Responding to the Call

Because of the infrastructure and funds in place with The Little Angels Project, Geekie and her staff were able to pivot from evacuees to providing essential medical care.

“I came back the next day and emptied my clinic of supplies and equipment,” Geekie says. “We popped up a triage center. We were just trying to help as many people that needed it or needed to have their animals examined.”

A call came in from LA County Animal Services requesting assistance at nearby Pierce College with the Red Cross, where an evacuation center had been set up. Veterinary Angels basically opened up a MASH unit, a temporary makeshift hospital, to help displaced pet owners and their animals. That hospital facilitated the care for all the Red Cross, the LA County Animal Services, and anybody who was in need, says Geekie. “That was huge. The Red Cross had never allowed animals into a shelter before. It was great for us to be able to link up with them and provide care to those animals.”

Veterinary Angels provided exams, medication for pet owners who had run out of their homes without their pets’ medication and treated everything from stress to burns.

“The LA County Animal Control could lean on us for the more severe cases,” says Geekie. “They were bringing in animals that suffered significant burns and we got them stabilized and shipped to where they needed to go for further care. The majority ended up coming to our practice once we reopened.”

The supplier community played an important role. The Little Angels Project received supplies from Henry Schein during their work with the Red Cross. Supplies to treat the burn patients were essential, as well as getting supplies and medications to the veterinary clinics that had been cut off from evacuation as soon as the opportunity presented itself. “Without those essential connections, it would have been very difficult to treat the number of animals that we treated,” Geekie says. “We’ve already donated about $56,000 to the community in veterinary care, and we’ve treated over 200 animals from this Woolsey fire.”

Geekie says there are plans to launch a new disaster relief program. “One of our big efforts for this year is to improve the line of communication with our distributors, our community, as well as police officers and firefighters.” Geekie says a unified location where people can go to for urgent responses, needs, and places to drop or receive supplies is crucial. Also, getting the right supplies to the communities impacted by disaster. “Hopefully people will contact us and be part of the program so that we can make it something within the United States and deploy that as well as being able to deploy with other veterinarians and veterinary partners that can do these popup triage centers,” she says. “It was really a game-changer for the community.”

However, recovery efforts are not over. Support, donations, and assistance are still needed as residents try to rebuild. “People are still trying to find housing and places to live,” Geekie says. “The last thing we want them to do is drop their animals off at the shelter. We’re still providing free care for them to help facilitate that so that they can keep their pets through this time.”